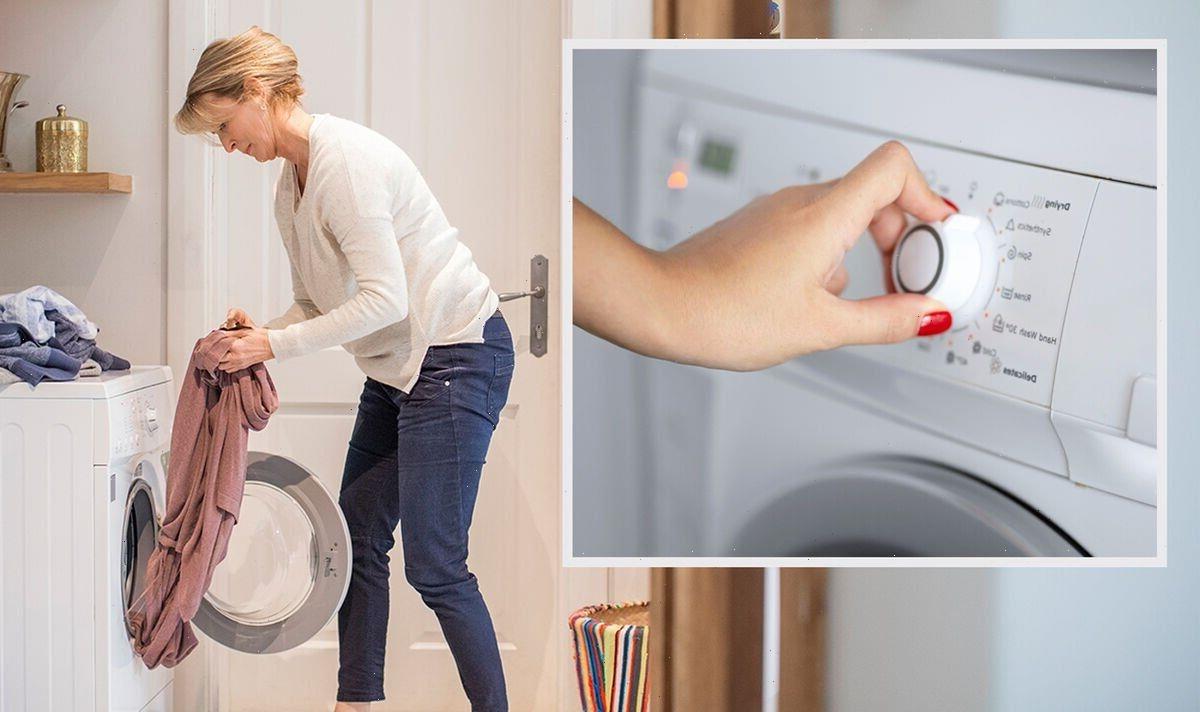 This month’s energy bill will be the most expensive for the majority of households as a new price cap was recently introduced. To add to this, the National Grid has warned of limited supply and there are rumours the UK could face temporary blackouts this winter. Alice Beer, Consumer Expert at This Morning shared her handy tips to help homeowners cut the costs of their energy bills, as well as revealing the best times to be using appliances.

Alice discussed energy efficiency for the appliances most regularly used – the dishwasher and washing machine.

She said: “Never, ever doing half loads. One full load is much less energy than two half loads, that’s obvious.

“It’s more efficient to use a dishwasher than washing up by hand – especially if you keep a tap running.

“Then think about what you’re using in the kitchen – kettle, it honestly saves you money and helps the UK’s electricity supply if you’re just boiling the amount of water you need.

“Think about using the microwave instead of using a cooker when you can – much cheaper to use a microwave,” the expert added.

“Lots of people asking me if should I switch to an off-peak tariff, look at how that works for you.

“We should all be thinking of using a lot less energy in that peak period [which is] 6pm-8pm at night.

“Can you switch to having your meal a bit earlier or later perhaps? Certainly not using the dishwasher between 6-8pm is a no-go,” Alice remarked.

She also had some advice for reducing water consumption and in turn, bills. Alice explained: “There are three different thermostatic controls that you should have a look at. The first one is the one that is usually in your hall and it’s a dial.

“A lot of people won’t have their heating on at the moment, according to British Gas, the majority of the nation will switch theirs on in the week beginning October 24, that’s half term week and when it gets about 9 degrees outside, we turn the heating on.

“One in five have got that set at 22 degrees – that’s Lanzarote temperatures!” She exclaimed. “What it should be set at is somewhere around 18 degrees.

“We know that if you turn it down one degree, that will save you – with current figures – at least £80 a year. So that is one vital thing that we should all be doing.”

She continued: “The second thermostatic control is on your radiators, if you’ve got a valve on your radiator you need to be controlling that to get to the right temperature.

“Most importantly, you need to turn that right off if you’re not using a room – spare room, dining room, any room that you don’t use very often, turn the valve off.

“The third control is the one that not many know about, and it’s the one running through your hot water system.

“If you run a bath or fill a bowl of water to wash up, and you’re heating your water to a certain temperature, and then you’re having to add cold water, then think about how you’re wasting money there; paying to heat up water and then adding cold, it makes no sense.

“The thermostatic control on your water temperature should be about 60 degrees, it shouldn’t be any higher, it should be a lot less if you have little children in the house.

“Try it at 55 degrees and then if you can do it a little lower, you will notice the difference in your bills,” she added.

Alice concluded with: “Also, prepare yourself. If those blackouts do come we need to start the conversation about having torches and candles and power packs ready.

“Hopefully it won’t happen and hopefully we will all be much more aware of what we’re using and when so we don’t get blackouts.”