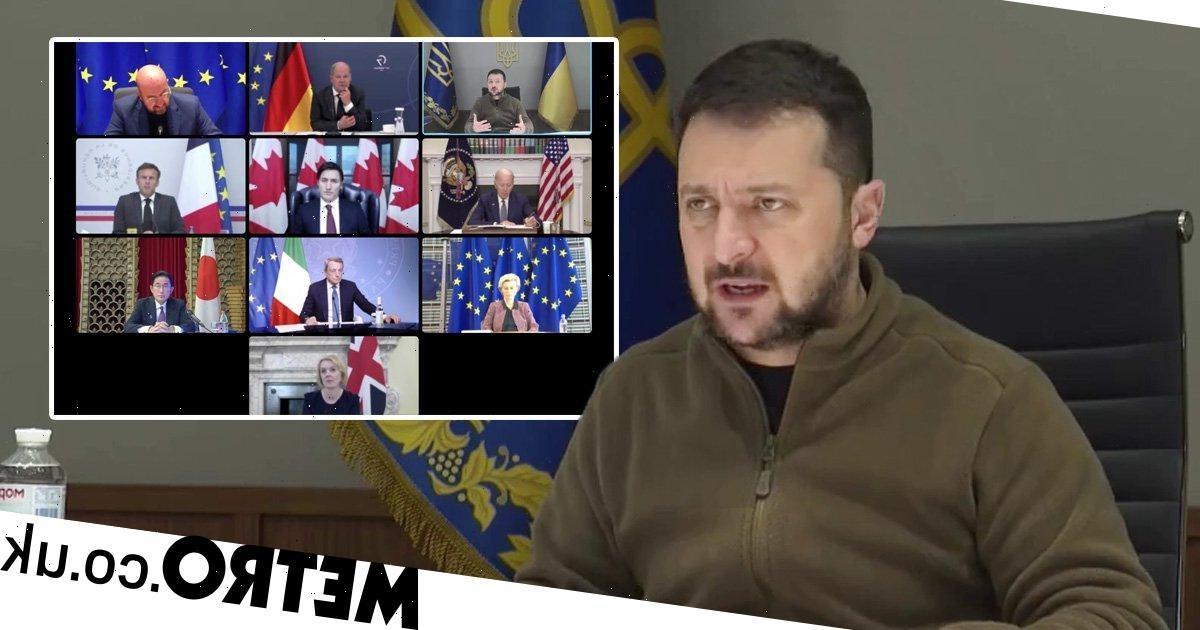 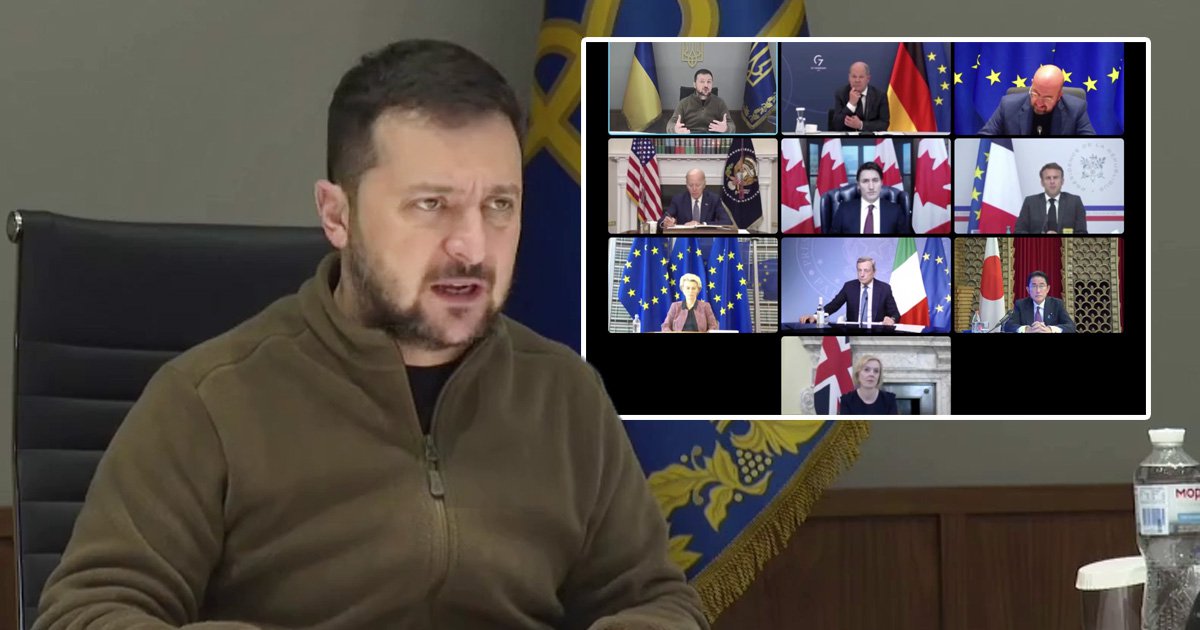 Volodymyr Zelensky has urged western leaders to once again ramp up sanctions on Russian energy, to starve the ‘terrorist state’ of money to fund the war.

The Ukrainian President said stopping the flow of money from oil and gas exports would bring peace closer, while also calling for help to create an ‘air shield’.

In a video call with the leaders of the G7, including Liz Truss, the Ukrainian leader was offered more support, after Vladimir Putin’s recent strikes on civilian targets were condemned as war crimes.

Speaking virtually earlier today, President Zelensky called for a symmetrical response to Russia’s attacks on the ‘energy sector and energy stability of our countries.’

He said: ‘Such steps can bring peace closer.

‘They will encourage the terrorist state to think about peace, about the unprofitability of war.’

He added that a new escalation in the war requires a ‘strong’ new package of sanctions that ‘punishes and completely isolates’ Russia.

Zelensky told the G7 that ‘millions of people would be grateful’ for help in fending off attacks from the sky and warned that Russia ‘still has room for further escalation’.

A tough price cap for exports of oil and gas was on the Ukrainian leader’s wish list.

But Zelensky repeated his insistence that no peace talks can be held with Putin, adding: ‘He himself rejected the dialogue’.

Meanwhile the UK and other Ukrainian allies condemned Putin’s forces after the wave of missile and drone attacks on Ukrainian cities.

The PM pledged that the G7 will ‘not waver’ in supporting Ukraine.

She tweeted: ‘The overwhelming international support for Ukraine’s struggle stands in stark opposition to the isolation of Russia on the world stage.

‘Nobody wants peace more than Ukraine. The G7 will not waver in our resolve to help them win it.’

Meanwhile, the US pledged to up shipments of air defences to Ukraine, while Germany promised delivery ‘in the coming days’ of the first Iris-T missile shield reportedly capable of protecting a city.

The blasts followed a barrage which killed 19 and injured scores more in cities including Ukraine’s capital Kyiv yesterday, in retaliation for a blast on a bridge linking Russia to annexed Crimea.

After crisis talks, the G7 leaders issued a statement vowing to ‘hold President Putin and those responsible to account’.

The group rejected the ‘illegal attempted annexation’ of four areas of Ukraine and vowed to step up sanctions against Moscow.

‘We have imposed and will continue to impose further economic costs on Russia, including on individuals and entities – inside and outside of Russia – providing political or economic support for Russia’s illegal attempts to change the status of Ukrainian territory,’ the G7 statement said.