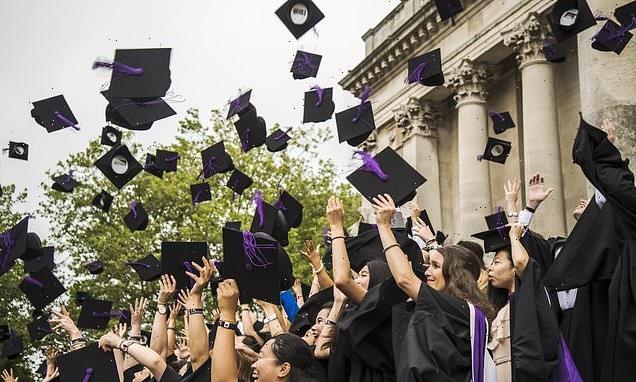 A new breed of cultural Taliban has taken over higher education in the UK. Under the banner of ‘decolonisation’, they seek to turn our universities into indoctrination factories churning out woke students.

Their determination to ‘decolonise’ has little to do with Empire or the colonies any more. Rather, it is a warped ideology – and so widespread that it is in danger of undermining every university degree course on the grounds that they are all imbued with racist and Western values.

Even the most unlikely technical and scientific subjects have become targets of the crusade. Who would have imagined that lecturers in the department of dentistry at Newcastle University would attempt to decolonise their degree course? How does the department of mechanical engineering at Sheffield University go about decolonising our understanding of thermodynamics?

As the Daily Mail revealed yesterday, Edinburgh University recently hosted a lecture titled ‘Decolonising the physics curriculum’. Not wishing to be left out, the vice-chancellor of Oxford University, Louise Richardson, announced plans to ‘decolonise’ science and maths degrees in June 2021. The description of a module at Exeter University on ‘decolonising medicine’ tells undergraduates they will investigate ‘the extent to which science and medicine…have been largely founded on colonialism, oppression, slavery, discrimination and injustice’. 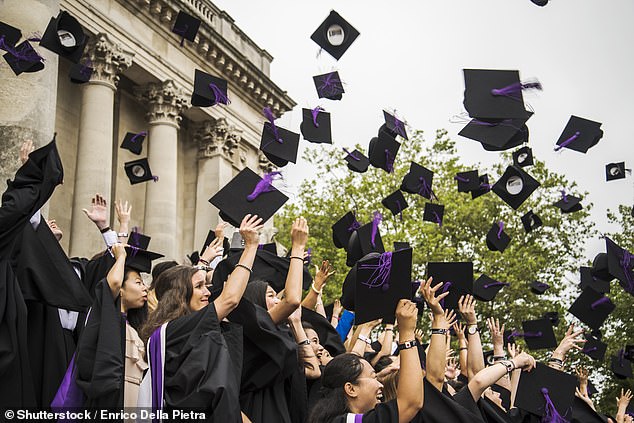 Who would have imagined that lecturers in the department of dentistry at Newcastle University would attempt to decolonise their degree course? (File image: Portsmouth University graduation photo)

This could all be dismissed as absurd if it were not so insidious. Institutions across this country are now succumbing to puerile and knee-jerk self-flagellation for the supposed sins of the past – even though it is academically ludicrous to draw any equivalence between modern-day morals and those of earlier centuries.

The truth is that this project of decolonisation aims to render toxic every dimension of Western art and culture. It wishes to devalue the legacy of our history and present it through a negative light. All its great, inspiring figures, from Chaucer to Shakespeare through to Jane Austen face the charge of being ‘too Western’, ‘too white’ or ‘too racist’.

And what is so terrifying is that these cultural vandals are actually succeeding in imposing their anti-British curriculum on our seats of learning. Not least because the managers who run the universities have been enthusiastic collaborators. These days you would struggle to get an academic post if you failed to show enthusiasm for the decolonisation project.

Just recently one of my academic colleagues arrived for a job interview at a Scottish university. The first questions she was asked referred to her views about diversity and decolonisation. After she hesitated to demonstrate full support for the party line her interview was cut short.

When an interview for an academic job turns into a political interview you know that higher education is in big trouble. It leads to a situation like the one revealed in the Mail today where a lecturer at Edge Hill University in Lancashire claims in a new study that efforts to improve vocabulary and promote standard English in schools are ‘racist, classist and ableist’. 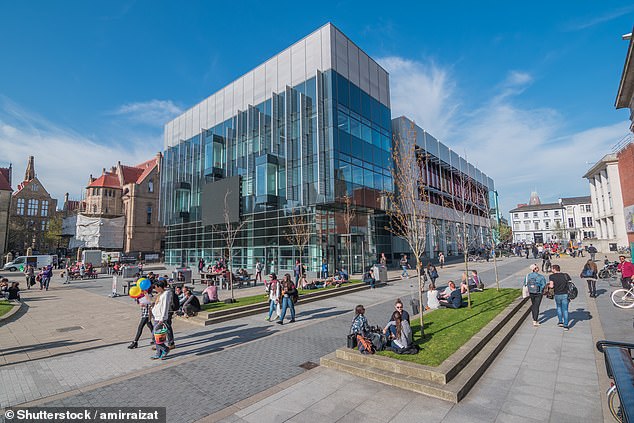 The truth is that this project of decolonisation aims to render toxic every dimension of Western art and culture. (Pictured: file image of University of Manchester)

So, even though the bulk of teachers say at least 40 per cent of their pupils lack the vocabulary to do well in lessons, any attempt to address this deficiency is seen as racist. The decolonisation movement exhibits many of the features of the Chinese Communist Party’s Cultural Revolution. One of the aims of the Great Cultural Revolution was to mobilise young people to loathe their ancestors and to purge the past from their influence. In the case of the Chinese Cultural Revolution the purging of the past was promoted on the grounds that it was essential for the realisation of Communism.

British university bureaucrats justify the war against the nation’s historical figures in the name of their sacred principle of diversity.

In diversity’s name even someone as central to the development of modern science as Isaac Newton – who discovered the laws of gravity and motion and invented calculus – is retrospectively humiliated. A leaked copy of the ‘draft inclusive curriculum development’ to ‘decolonise’ the engineering curriculum at Sheffield University last year warned that Newton may have benefited from ‘colonial era activity’. To put matters right, the engineering faculty undertook to tackle ‘long-standing conscious and unconscious biases’ among students and challenge ‘Euro-centric’ and ‘white saviour’ approaches to science and maths, and promote ‘inclusive design’.

That’s another way of saying that British students and researchers must feel guilt and show their loathing for many of the founders of the science they are studying.

The lecturers at Sheffield who were happy to trash the reputation of perhaps our greatest scientist in Newton must know full well that doing so has nothing to do with academic education. 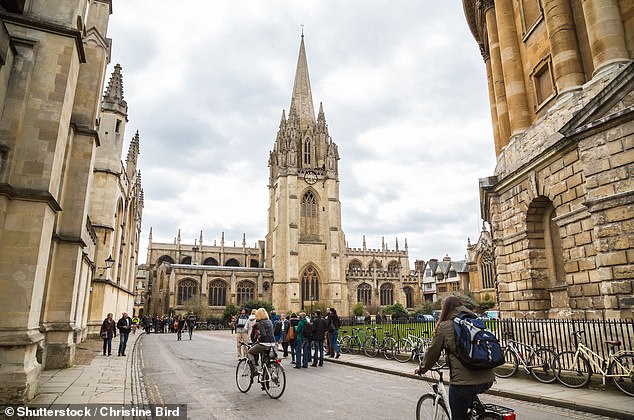 British university bureaucrats justify the war against the nation’s historical figures in the name of their sacred principle of diversity. (Pictured: file image of University Church of St Mary the Virgin)

Its sole aim is to distance students from their nation’s past and to make them feel that there is something morally corrupt about their discipline. It is only a matter of time before individuals like Louis Pasteur, Michael Faraday or Albert Einstein become the target of this philistine revolution.

In recent years, historically illiterate diversity entrepreneurs have come for virtually every leading figure of the Western Enlightenment – the movement through which the Age Of Reason developed in the 17th and 18th centuries and which led to so much greater an understanding of the universe.

Hypocrisy is commonplace among these campaigners. Indeed, virtually every great philosopher who contributed to the development of the ideals of freedom and liberty has become a target of their crusade. The complexities and nuances of society and history are ignored, academic brilliance discarded. And don’t imagine for one moment that the movement is done with its work. It has powerful friends in officialdom and sections of the political class.

If we are to save our universities, it is vital that we resist the baleful march of the new cultural Taliban.