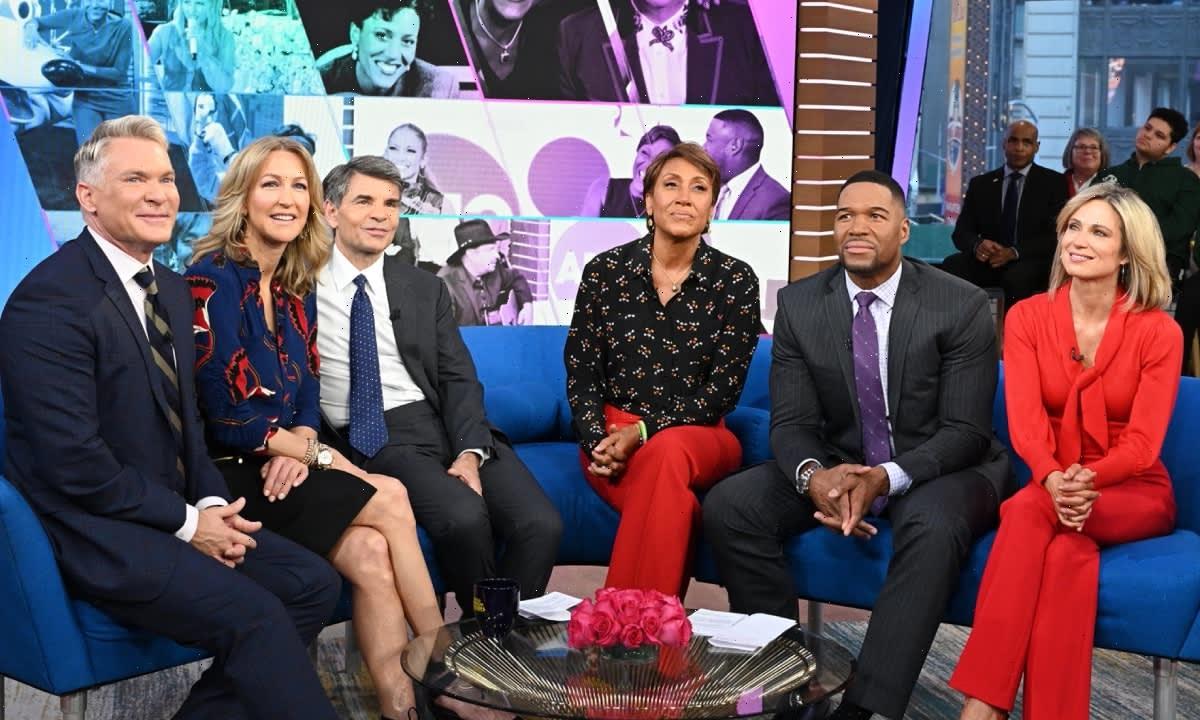 It was heartbreak central for Good Morning America on the latest episode of Dancing with the Stars, as one of their own got the chop.

MORE: Robin Roberts and Gio Benitez joined by partners as they leave GMA for DWTS

Sam Champion was the latest contestant eliminated from the dance competition show on Monday night, alongside his professional partner Cheryl Burke.

The duo appeared on GMA the morning after from Los Angeles to a warm reception from his co-hosts and close friends.

“We love you, Sam,” was what Robin Roberts immediately said, with Michael Strahan and George Stephanopoulos assuring him they thought he could go all the way.

MORE: Lara Spencer keeps her promise and flies to LA to support Sam Champion on DWTS

“My pains have pains right now, my toes are completely squeezed together, I don’t think they’ll ever come apart from being in those tiny little dancing shoes,” Sam said.

“And I have sequins in places that there should not be sequins,” he added, which immediately sent Robin and George into hysterics. “He couldn’t help himself,” she quipped.

Sam and Cheryl were eliminated after Disney Plus night

Sam and Cheryl later appeared in the show together to talk of their experience, with the two attesting to the hard work and sheer exercise it took to get through the show.

“It’s like training for the Olympics,” Cheryl added, with Sam saying that he couldn’t sleep because the pain kept him awake.

MORE: Sam Champion admits he is having a difficult time preparing for DWTS

ALSO: Derek Hough’s fans urge him to be careful ahead of daring DWTS stunt

Robin, Gio Benitez, and Lara Spencer were even in attendance during some of his shows, while his husband Rubem Robierb attended every single performance.

A post shared by Dancing With The Stars #DWTS (@dancingwiththestars)

The judges noted that he didn’t bring the necessary aggression and power to the performance, scoring him a 25 out of 40, the lowest of the night.

Sam and Cheryl landed in the bottom for the second week in a row alongside Trevor Donovan and Emma Slater, with the judges unanimously voting to save the latter.