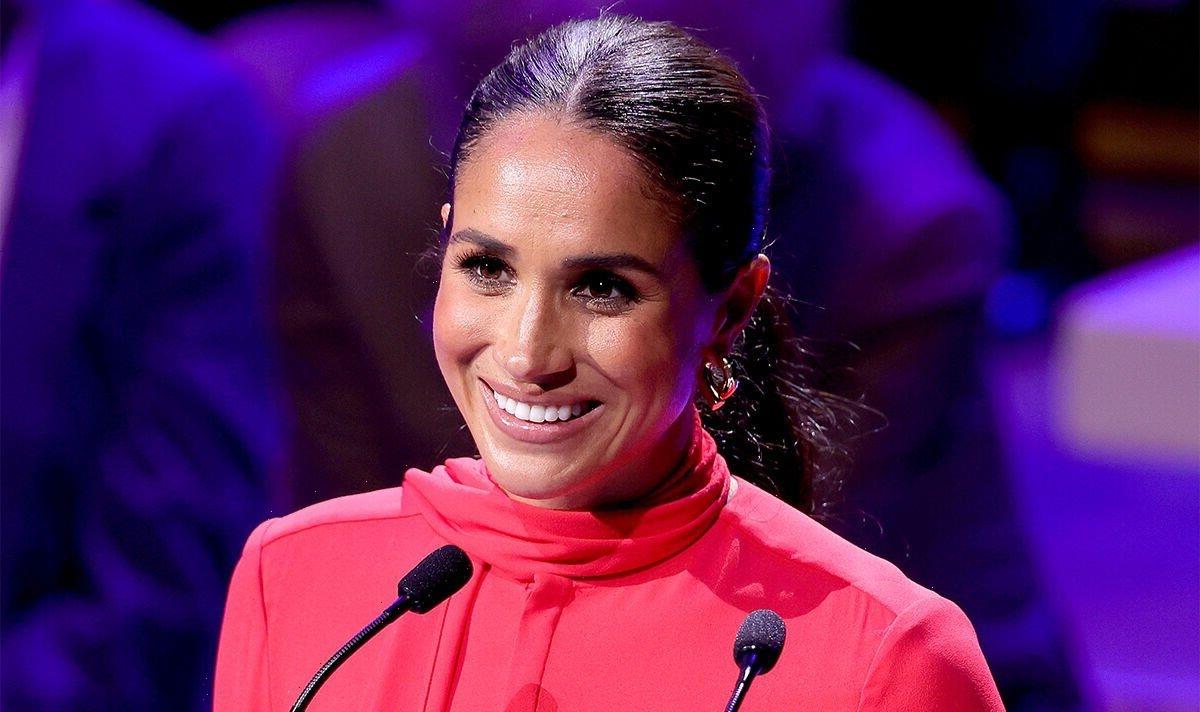 Prince Harry and Meghan in discord with Archewell says Schofield

Meghan Markle’s Spotify podcast was released today (October 11) and it focused on the issue of mental health, titled ‘The Decoding of Crazy with Deepika Padukone, Jenny Slate and Constance Wu’. The podcast navigated some sensitive themes and Meghan addressed this from the outset.

Meghan opened episode five of her podcast by highlighting the sensitive topics the episode would address.

She said: “Hi there. Before we get started, I wanted to let you know that this episode gets into some sensitive conversations.

“If you or someone you know is struggling or in need of assistance, we have some resources in our show notes and, by the way, if you find that this is too heavy for you to carry today, just tune out.”

Meghan on the label of ‘crazy’

Meghan described how the word ‘crazy’ has become “prevalent” in our society, and how she has also been affected by these labels.

Meghan said: “Raise your hand if you’ve ever been called crazy or hysterical, or what about nuts, insane, out of your mind, completely irrational, okay? You get the point.

“Now, if we were all in the same room and could see each other, I think it would be pretty easy to see just how many of us have our hands up. By the way, me too.

“And it’s no wonder when you consider just how prevalent these labels are in our culture.”

Meghan touches on her ‘past life’ as an actress

During the podcast, Meghan noted how actress Constance Wu starred in ‘Fresh Off the Boat’ which lasted for six seasons and more than 100 episodes.

Meghan talked about ‘the 100-episode milestone’ and said: “I can tell you as an actor from my past life, that’s a really big deal.”

The Duchess on ‘double standards’

Constance spoke on the podcast about how much she loved theatre and strived for her acting career. She said: “I don’t think that I should have to show an excessive show of gratitude for the very opportunity to exist.”

“For a woman, whose striving to be successful, have a successful career. Oh my gosh, she must be calculating or have some agenda.”

Constance replied: “Yeah you can exist in this box and if you dare to stray then you know…”

Meghan said: “And then you’re labelled.”

Constance Wu addressed the comments she made on Twitter a few years ago when the TV show ‘Fresh Off the Boat’ got renewed for a sixth season.

She told Meghan: “Three years ago, my TV show was renewed and I had a pretty careless moment where I was alone and frustrated and feeling emotional after having repressed a lot of feelings for like six years on that show, because even though I loved being on that show and I loved almost everybody on it, I mean people don’t know that the first year I was going through sexual harassment by one of the producers and intimidation.

“And I think part of the reason my outbursts on Twitter three years ago over the show’s renewal was so seemingly out of character is because it was the build-up of several years of repressing a type of abuse that I had encountered at the hands of a producer, literally, at the hands of a producer in my first year where I was, you know, I’d never done network television.”

Meghan is known to be incredibly proud of her husband’s work with military causes, and she often attends his Invictus Games events around the world.

Meghan highlighted the impact of “invisible injuries” on her podcast today while speaking with actress Deepika Padukone. The Duchess said: “My husband works a lot with the military community, as a veteran, and invisible injuries, they call them that all the time, right?

“If you suffer from post-traumatic stress, it’s the thing that you can’t see. And if you can’t see it, it is just either ignored or brushed under the carpet.”

Meghan, Duchess of Sussex’s podcast ‘Archetypes’ is available to stream on Spotify. This week’s episode covers some sensitive themes.

The Samaritans can be reached round the clock, 24 hours a day, 365 days a year.
If you need a response immediately, it’s best to call them on the phone. You can reach them by calling 116 123, by emailing jo@samaritans.org or by visiting www.samaritans.org.