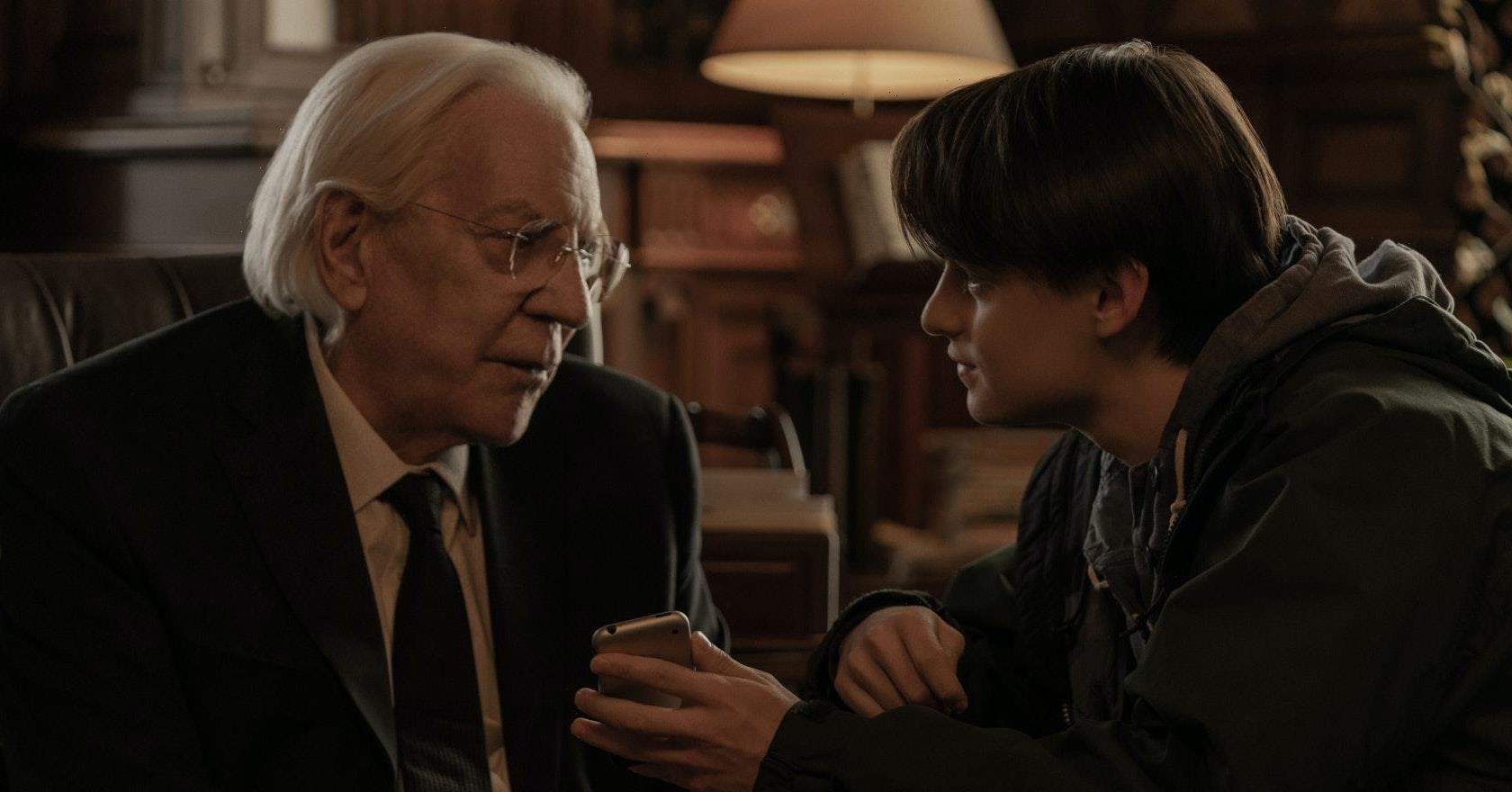 Netflix’s Mr Harrigan’s Phone has quickly risen to the top of the streaming chart’s trending list. Here’s everything you need to know about it.

We’re in peak autumnal TV mode right now so you know what that means – Halloween-themed films (we’re looking at you Hocus Pocus 2), all things mystical and dramatic, and, of course, reacquainting ourselves with the beloved horror genre.

With TV and film currently packed full of new horror releases in time for some peak October enjoyment, it’s safe to say that fans of the genre are living their best lives at the moment. We may be counting down the days until Cabinet Of Curiosities finally hits our screens while we’re loving The Midnight Club, but Netflix has just brought us a new film to scratch that horror itch. Mr Harrigan’s Phone is the new Ryan Murphy-produced movie that may not have seemed at first glance like it would get everyone talking – but it most certainly has.

Perhaps it’s because Ryan Murphy’s name is in the spotlight now more than ever, thanks to recent trending Netflix series Dahmer. But put the gory true crime show aside for one moment and, instead, revel in Murphy’s talents to illicit tension from his viewers (in a less sensationalist way). The new film is based on a short story by Stephen King and is a supernatural coming-of-age story we didn’t know we needed.

With that, here’s everything you need to know about Mr Harrigan’s Phone.

What is the plot of Mr Harrigan’s Phone?

If you like your movies with a touch of the supernatural, then look no further as this new Stephen King short story adaptation delivers that and much more.

When Craig, a young boy living in a small town, befriends Mr Harrigan, an older, reclusive billionaire, the two begin to form an unlikely bond over their love of books and reading. But when Mr Harrigan passes away, Craig discovers that not everything dead is gone forever as he finds himself able to communicate with his friend from the grave via the recently deceased’s iPhone in this supernatural coming-of-age story that shows that certain connections are never lost.

Mr. Harrigan’s Phone is available to stream on Netflix now.

Who stars in Mr Harrigan’s Phone?

Jaeden Martell (Defending Jacob) stars as Craig, while the titular Mr Harrigan is played by Donald Sutherland (The Undoing).

As previously mentioned, the new film is produced by Ryan Murphy, who is also best known for his work in American Horror Story as well as Glee. It’s also co-produced by Jason Blum and Carla Hacken and is directed by John Lee Hancock (The Blind Side).

The new Ryan Murphy-produced horror has quickly risen to the top spot on Netflix.

Is there a trailer for Mr Harrigan’s Phone?

There most certainly is. While it may seem like a heartwarming watch in the first few moments of the trailer, we quickly get a sense of the dark and eerie way things unfold in the film.

Asking for help to confront a bully, Craig texts Mr Harrigan’s phone even though he secretly placed it in his casket at his funeral. So when Craig’s phone lights up in response, it’s not only shocking but endearing. Could it actually be Mr Harrigan or is someone playing mind games with the teen? You’ll just have to watch and find out for yourself.

What has been said about Mr Harrigan’s Phone?

Well it’s safe to say that everyone loves it, particularly because it’s not your archetypal horror. Instead, it shines a light on humanity, loss and friendship in the most surprising of ways.

A word of warning, though: it will certainly have you shedding a tear (or several).

It really is the film that everyone’s loving at the moment.

But did we really expect anything less from a tense Stephen King adaptation?

Where is Mr Harrigan’s Phone available to watch?

Mr Harrigan’s Phone is available to stream on Netflix now.