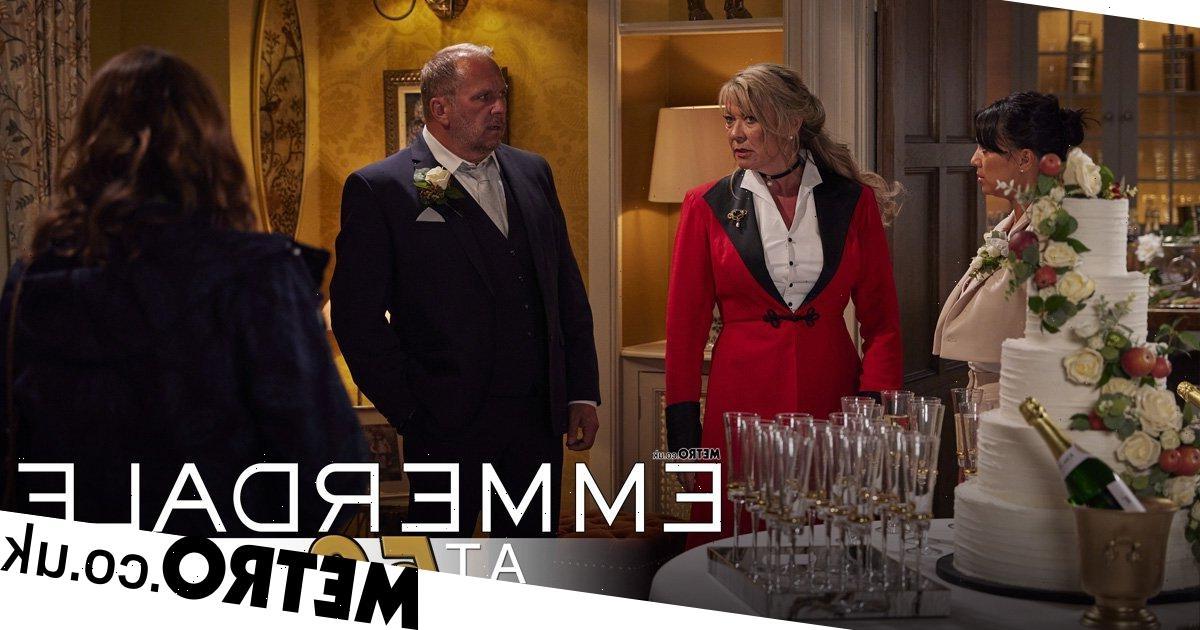 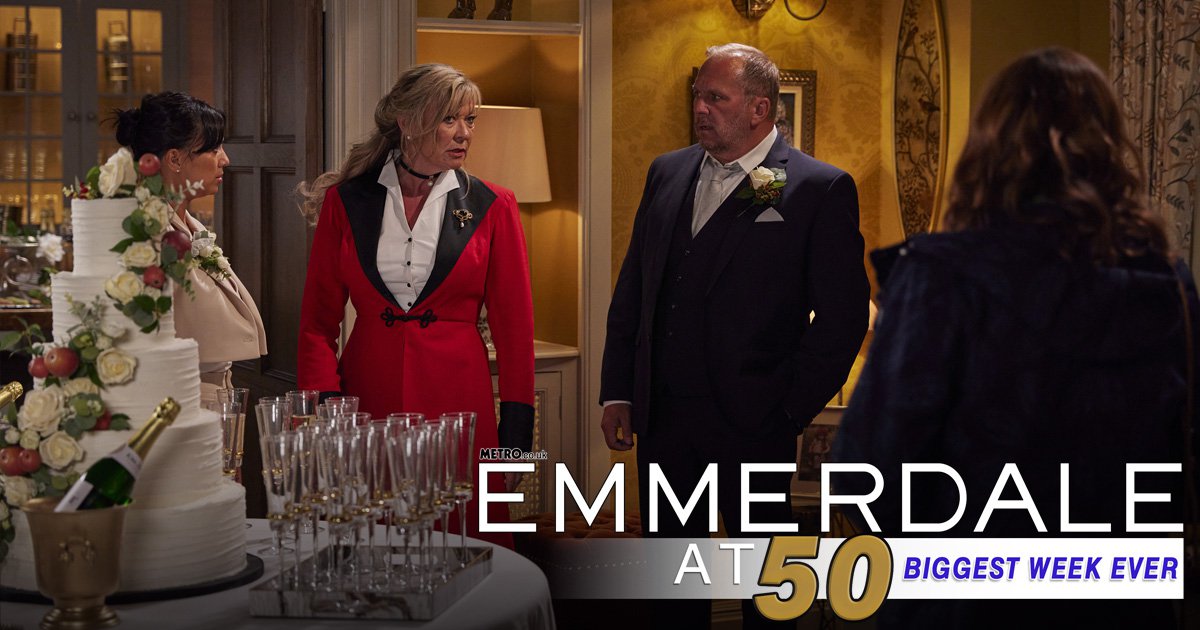 It all happens just before Kim and Will’s wedding, with Kim determined to see off her rival once and for all before she can ruin the big day. To increase the drama, this all happens on the 50th anniversary episode, when we’re promised a massive storm, death and destruction throughout the village.

Claire King describes the moment when Kim’s suspicions about Harriet are aroused.

‘Kim isn’t initially aware Harriet still has feelings for Will, or indeed that he too has feelings, albeit not as strong,’ she says. ‘But when Kim overhears a conversation and sees a kiss, that is when she realises.’

A kiss? ‘Actually, it’s quite innocent on Will’s part as Harriet is clearly doing all of the chasing,’ whilst he’s telling her he loves Kim,’ Claire says. ‘But of course Kim doesn’t see it like that.’

In typical Kim fashion she decides to confront Harriet. ‘We’ve had a few confrontational scenes where Kim is preaching the bible at Harriet,’ Kim recalls.

‘That was quite amusing to film as I liked the irony of that! There’s another scene on the day of the wedding where Harriet gets Kim by the throat and she takes a stand back and thinks I’m really losing it here.’

Claire isn’t revealing what happens next. ‘You’ll need to watch to see the outcome of that confrontation – Which way will it go? Will Kim make a fuss or will she back down?’ she says.

Or will things escalate further, as we know that when Amelia (Daisy Campbell) goes missing in the storm Kim rides off in search for her on her horse, and comes across the tracks left by Harriet’s quad bike as Harriet also looks for Amelia.

Could Kim take the opportunity to eliminate the threat of Harriet?