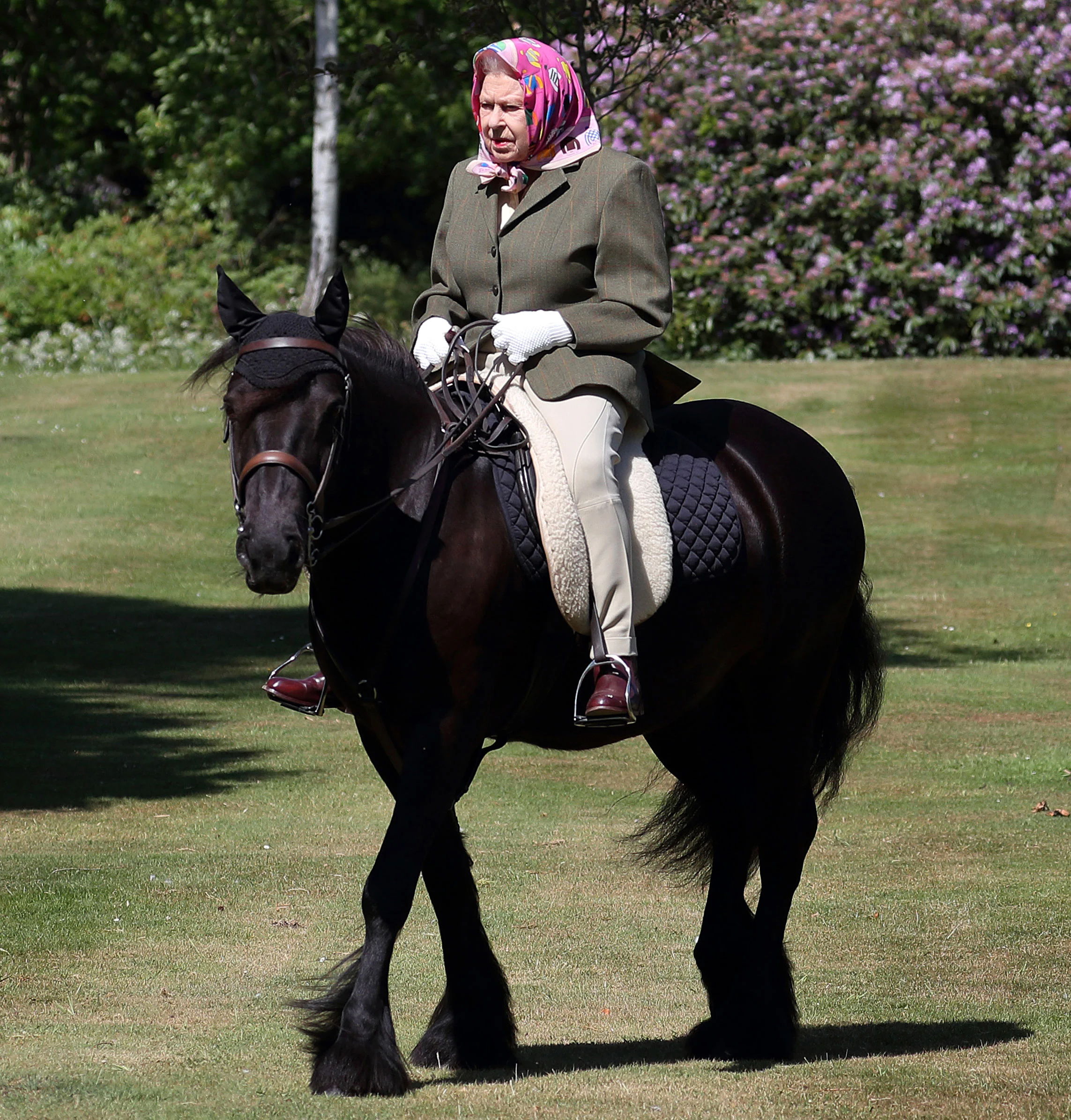 “For the past fifteen years, Queen Elizabeth regularly rode Emma for light exercise in the grounds around Windsor Castle, during Her Majesty’s private time,” a statement from the Royal Family Instagram account read on Monday, October 10. “Emma will continue to be much-loved and cared for at the Royal Mews, Windsor, and regularly exercised by its small, dedicated team.”

The announcement comes one month after the late monarch passed away at her Balmoral estate in Scotland. Ahead of her death at age 96, the palace confirmed that Elizabeth’s doctors placed her “under medical supervision” in her residence on September 8.

After Her Majesty’s death, Elizabeth’s son Prince Andrew and his ex-wife Sarah Ferguson received custody of her remaining corgis. The Duke of York, 62, gifted his mother with a puppy on her 95th birthday with daughters Princess Beatrice and Princess Eugenie.

Elizabeth previously owned 30 dogs throughout her reign. She continued to breed corgis over the years while living at Buckingham Palace.

“The dogs sleep in the home with the Royal Family, and they certainly are well-fed,” corgi trainer Roger Mugford told Town & Country in July 2015 about working with the puppies. “The context and content of their meals is very important to Her Majesty, who tailors what they are fed to their age, clinical needs, and so on.”

A Breakdown of the Royal Line of Succession

He added: “The queen is a great believer in homeopathy and herbal medicines, and each dog has a unique menu. Eight exotic porcelain bowls are carried in by a butler, each for a particular dog. Eight dogs are arranged in a semi-circle to sit and wait to be given their meal bowls. It’s all disciplined and well-organized by Her Majesty; few other owners can exert such control over their dogs to ‘wait’ for their food in turn.”

During the queen’s funeral service on September 19, her pets were present to pay tribute. Several horses gifted from the Royal Canadian Mounted Police helped lead her coffin procession from Westminster Abbey to St George’s Chapel. Elizabeth’s two corgis were also spotted at Windsor Castle as her casket arrived in her final resting place.

“The horses are an unequivocally important part of that,” the fleet’s ceremonial coordinator, Captain Catherine Russell, told the New York Post about including the animals. “We want to make her proud.”

Earlier this month, the Duchess of York, 62, called it a “big honor” to be taking care of Elizabeth’s canine companions. “They all balance out,” she joked to the Telegraph on October 5 about the dogs joining her five Norfolk terriers. “The carpet moves as I move but I’ve got used to it now.”