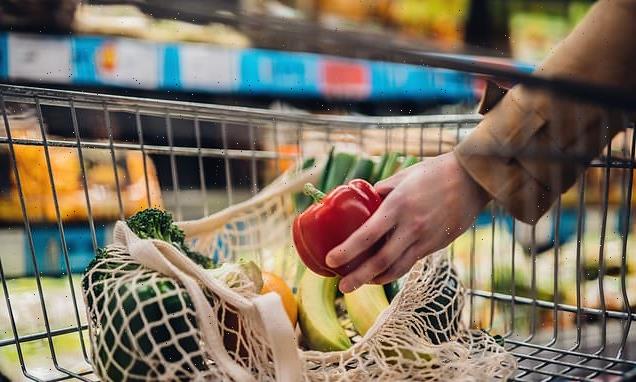 Sprinkle CARROTS on your children’s Kellogg’s for breakfast: Latest advice from health experts who warn kids in Britain are not eating enough vegetables – which they say lower the risk of diseases in adulthood

Grating carrot into porridge or adding spinach to a morning smoothie might sound a little unappetising.

But ideas like this could help parents incorporate vegetables into their children’s breakfasts, researchers say.

They say most children do not eat enough vegetables and there is ‘no reason’ to exclude foods such as peppers or cucumbers from our morning meals.

The team, from Loughborough University, said research suggests that a vegetable-rich diet in childhood is associated with a lower risk of diseases in adulthood. 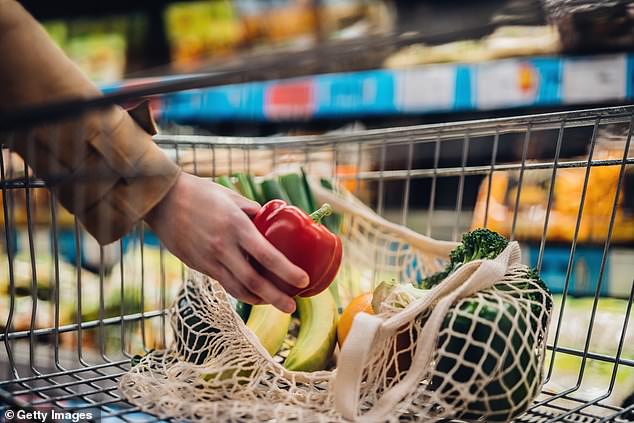 Most children do not eat enough vegetables and there is ‘no reason’ to exclude foods such as peppers or cucumbers from our morning meals, researchers say

In a paper published in the journal Public Health Nutrition, they wrote: ‘The consumption of vegetables is vitally important for children’s health and development. However, in many Westernised countries, most children do not eat sufficient quantities of vegetables and consume many energy-dense and high-sugar foods.

‘To address this important public health concern it is necessary to think “outside the box”.’

In the UK, fewer than one in five children eat their recommended five portions of fruit and vegetables per day. Worryingly, a third of children aged five to ten eat less than one portion of veg a day.

The researchers added: ‘Through a process of repetition and reinforcement, vegetable consumption is often associated with midday and evening meal times, and for snacks, but vegetables are seldom associated with and consumed for breakfast. However, there is no nutritional, physiological or medical reason why children should not be routinely offered vegetables at breakfast.’

They said children should learn early on that vegetables can be eaten at any meal, and that parents or carers can begin to facilitate this by repeatedly offering vegetables at breakfast and setting a good example by eating them themselves. 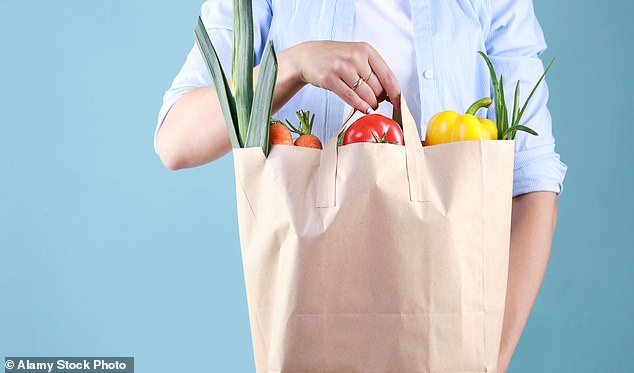 In the UK, fewer than one in five children eat their recommended five portions of fruit and vegetables per day. Worryingly, a third of children aged five to ten eat less than one portion of veg a day

Lead author Dr Chris McLeod said: ‘Vegetables can be incorporated into a child’s breakfast in many ways depending on their age.

‘They can either be included within foods such as in an omelette with mushrooms and peppers, in a smoothie by adding spinach, or in porridge by adding grated carrot.

‘They could also be added as an accompaniment to a main breakfast meal, for example some cucumber sticks, mushrooms or sugar snap peas alongside their regular food. Ultimately, any food can be consumed at any time of day – it’s just our learned social norms that lead us to believe that particular foods are “breakfast foods” and others are not.’

He added: ‘Vegetables tend to be vitamin and mineral-rich foods with low calorie content, meaning that in terms of health and weight maintenance they give children bang for their buck.’