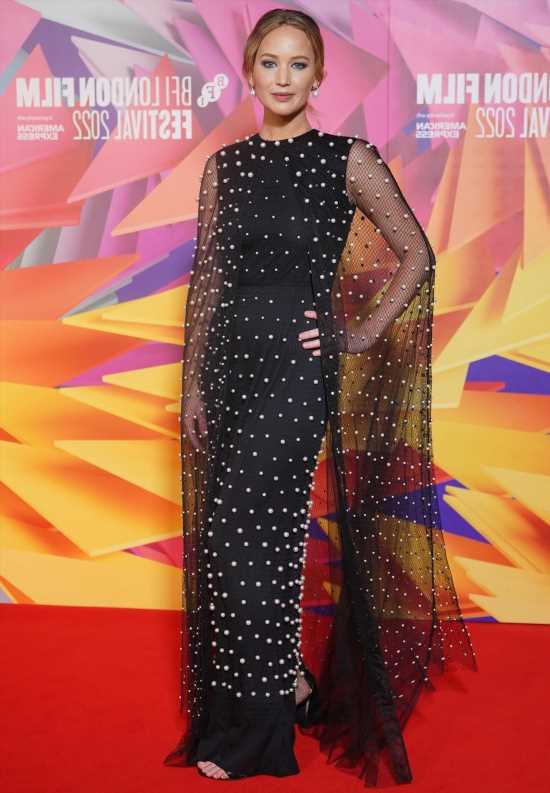 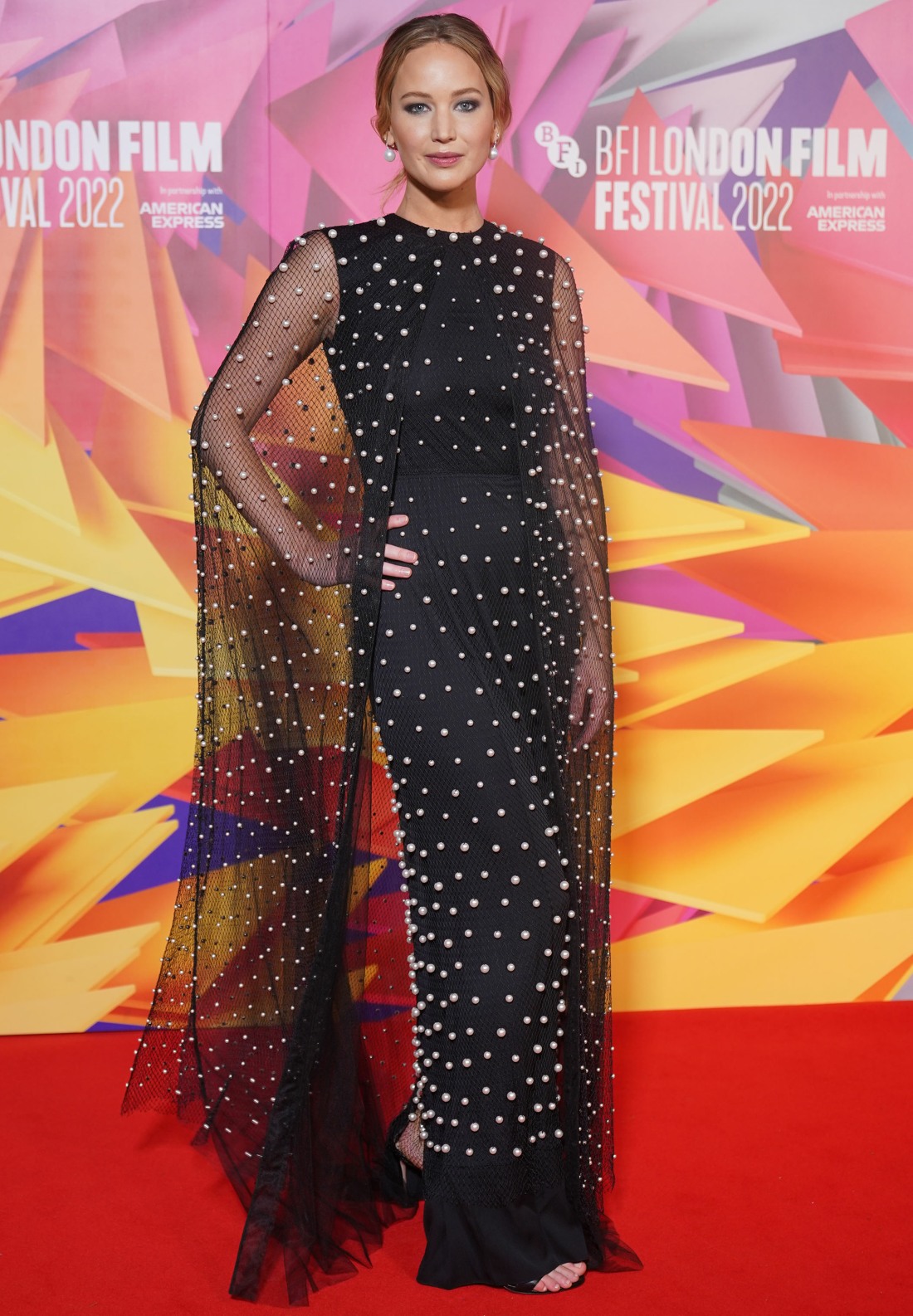 Jennifer Lawrence walked the red carpet at the BFI London Film Festival premiere of Causeway, J-Law’s new film and her first film as a producer. I was looking at these photos and I got really excited, thinking that Dior had finally designed something special and cool just for J-Law. Not so much! This dress isn’t Dior, it’s by Del Core. Those aren’t polka-dots, they’re sewn-in pearls. The dress is kind of a mess at the very bottom, but otherwise, it’s really good. I’m glad she’s not wearing another boring Dior.

Jennifer did press in at the film festival and she ended up talking about how crazy it was for her right after the first Hunger Games movie came out and then she won the Oscar for Silver Linings Playbook (both films came out in 2012).

Jennifer Lawrence has revealed that she sensed a loss of control in the wake of the huge success of the first “Hunger Games” film in 2012. Talking to Francine Stock about her career as part of the London Film Festival’s “Screen Talk” series, Lawrence opened up about her feelings on working in the hit franchise.

“I think I lost a sense of control. Between ‘The Hunger Games’ coming out and winning the Oscar [for 2012’s ‘Silver Lining Playbook’], I became such a commodity that I felt like every decision was a big, big group decision. When I reflect now, I can’t think of those following years, [because there was] just a loss of control.”

Lawrence went on to explain how she feels she has clawed her identity back again. “It feels personal for me the first time in a long time,” she said.

Yeah, there was maybe a six-year span when she was just terribly overexposed and overworked. It was film set after film set, premiere after premiere interview after interview. It would often feel wall-to-wall. It didn’t help that J-Law seemed to be a chronic oversharer too, but I’m sure part of that was just Jennifer being a young woman who was in over her head and trying to describe what it was like for her. A loss of control, for sure. Being able to “go away,” take a break from making movies, getting married and having a baby… it sounds like that did ground her a lot. 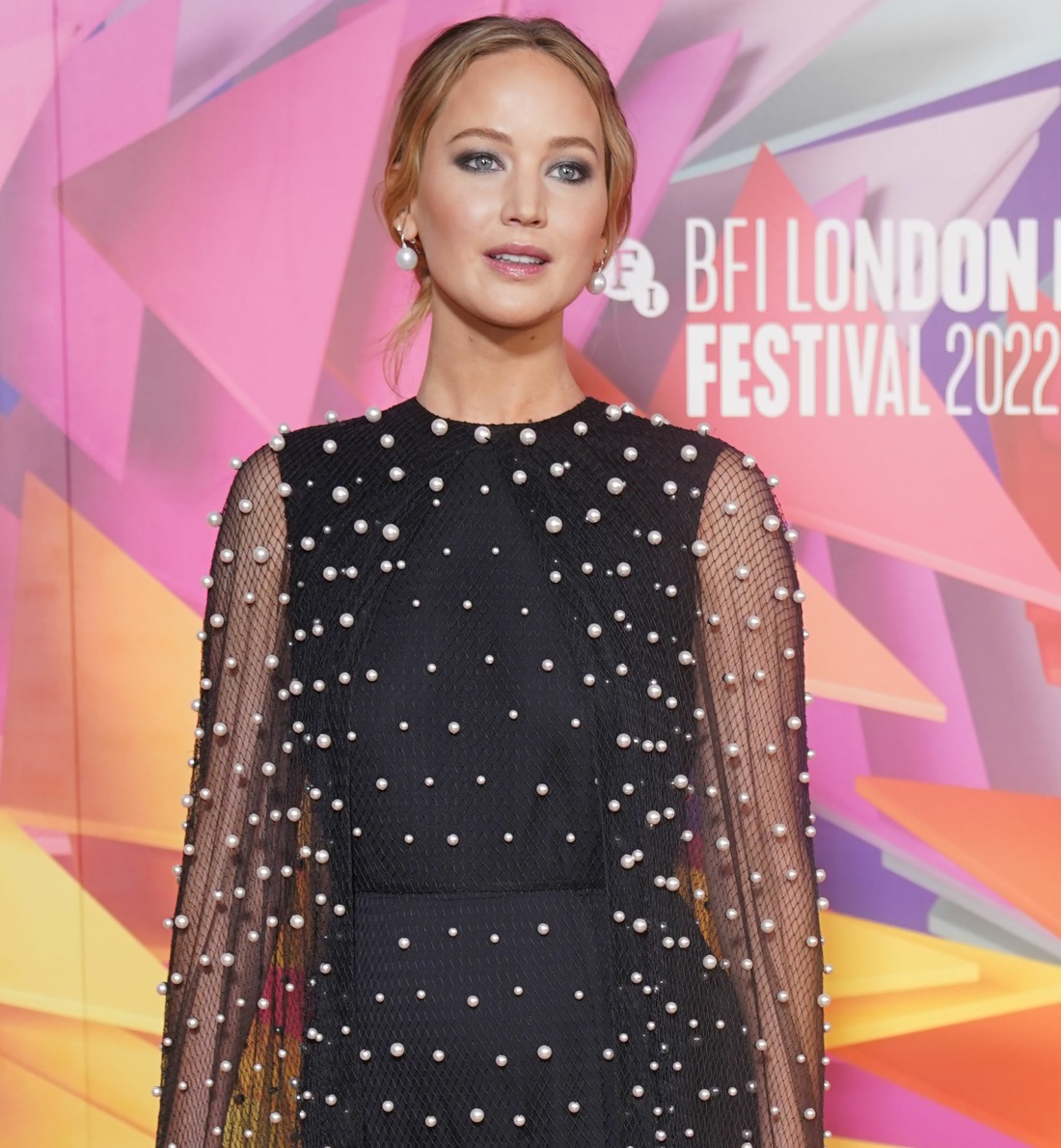 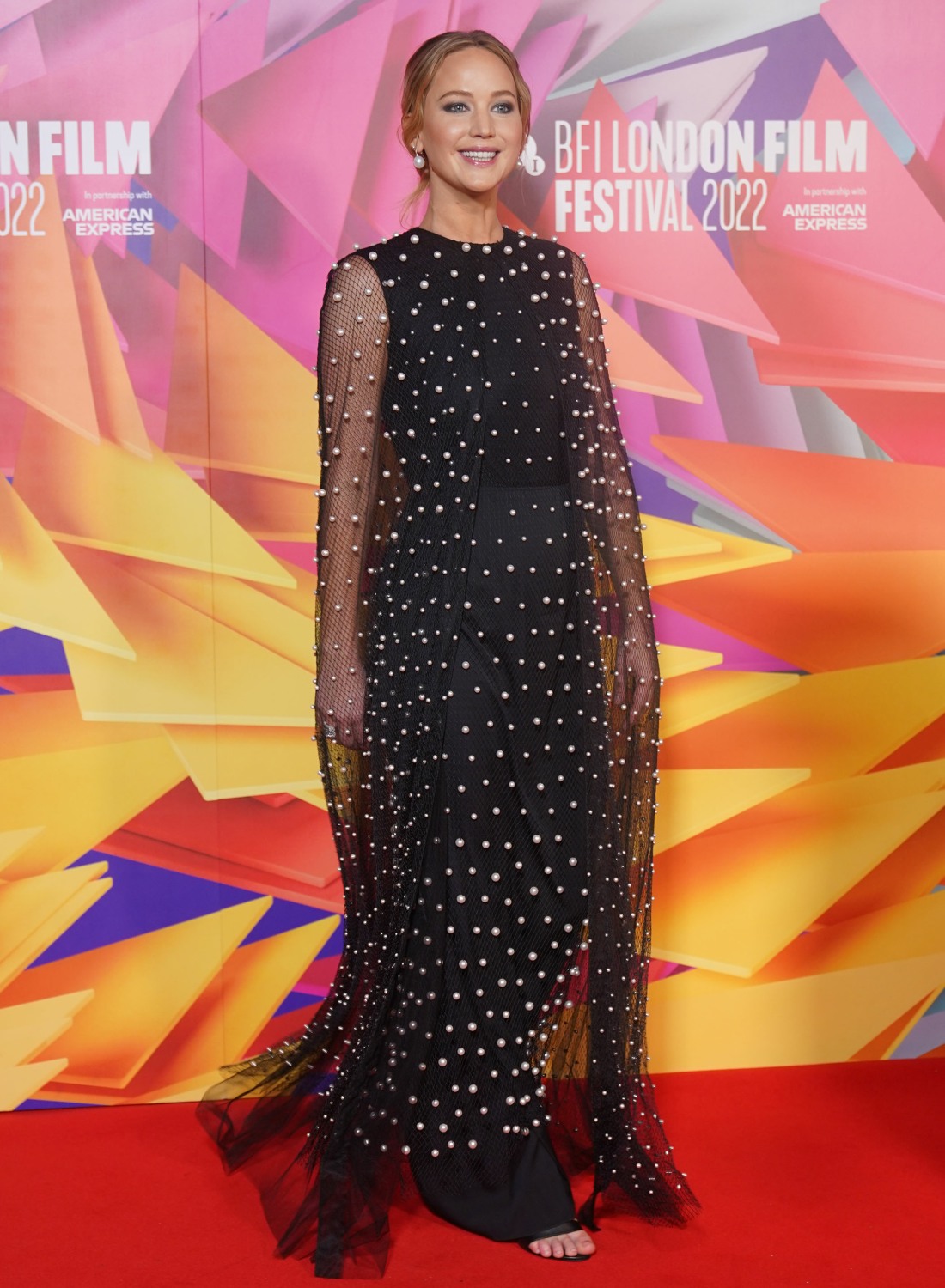