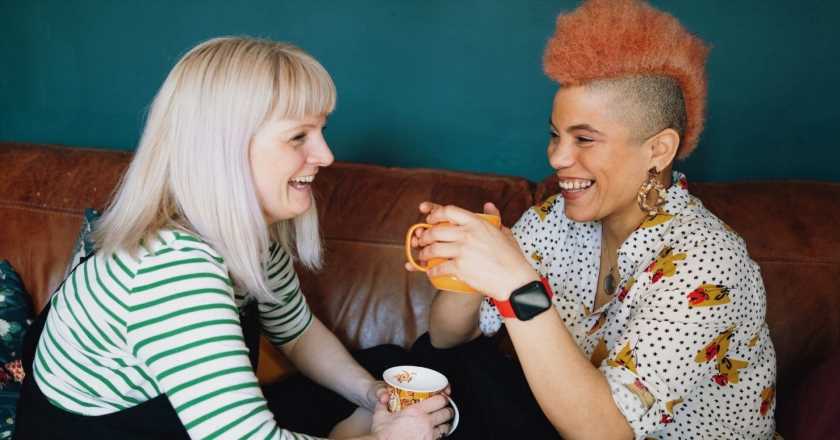 If you find yourself dating the same type of person or you’re in repetitive dating situations, breaking dating scripts may be the key to it all.

When dating someone, we often ask ourselves questions about the person we are seeing to assess whether they’re the right match.

Whether it’s being on the same page when it comes to views on marriage and kids or simply being into the same activities, we can all unintentionally (or intentionally) have a long list of traits and requirements that a potential date might need to check off before we give them the time of day.

These dating habits that we create over time are often a reflection of our past experiences and how they continue to show up in our dating lives – but we’re beginning to see a change with more people opting to break these dating habits in a bid to have a fulfilling and healthy dating life.

This is one of the emerging trends we’re beginning to see according to relationship expert Ness Cooper – but what exactly does it mean and what does it take to break dating habits? We speak to the expert to get all the details.

What is a dating script?

“Dating scripts are the dating and relationship habits, routines and patterns we find ourselves repeating, even when dating someone new,” says Cooper. “It could be that you always go for a certain personality type or that it always ends the same way when getting to a particular relationship milestone.

What are some common dating scripts that people tend to follow?

According to Cooper, there are a few dating scripts that people tend to follow – and one of them is failing for a particular personality type. “Some individuals may feel a sense of comfort when dating someone who has a similar personality to someone they have dated before, but that isn’t always the best thing for you,” she says.

Cooper adds that rushing or skipping certain developmental relationship scripts also often pops up, as couples can get “stuck or rush past certain relationship stages such as the honeymoon stage, which can affect how they connect with each other”.

Following expectations from peers, family or even social media is another common dating script, as people look to others to shape how their relationships or dating status should be. “Sometimes we can try too hard to follow dating scripts that are expected of us instead of what feels natural to us, such as falling for the ‘right’ kind of partner based on your family’s standards,” says Cooper.

Why are more people beginning to break these dating scripts?

“With more people becoming aware of toxic dating and red flags, individuals are not only looking for healthier partners to date, but they’re assessing their past dating habits in a bid to leave their toxic dating traits in the past too,” says Cooper.

How can you go about breaking dating scripts?

Breaking relationship scripts can be hard, and sometimes it can feel like you are going one step forward and two steps back when you’re figuring things out – and that’s why Cooper saysit’s important to give yourself time and space to work through it on your own and together.

“Recognise where in your relationships your script has regularly gone wrong or even worked against you and assess if your relationship script is based on others’ expectations, and if so, work out how you yourself would like your future relationships to form,” says Cooper.

“Also, make small changes towards these goals. If you’re still finding yourself in a cycle of negative relationship patterns, don’t beat yourself up about it and try something else.

“It’s time to assess and address some of these scripts so you can move into more positive and fulfilling romantic relationships.”