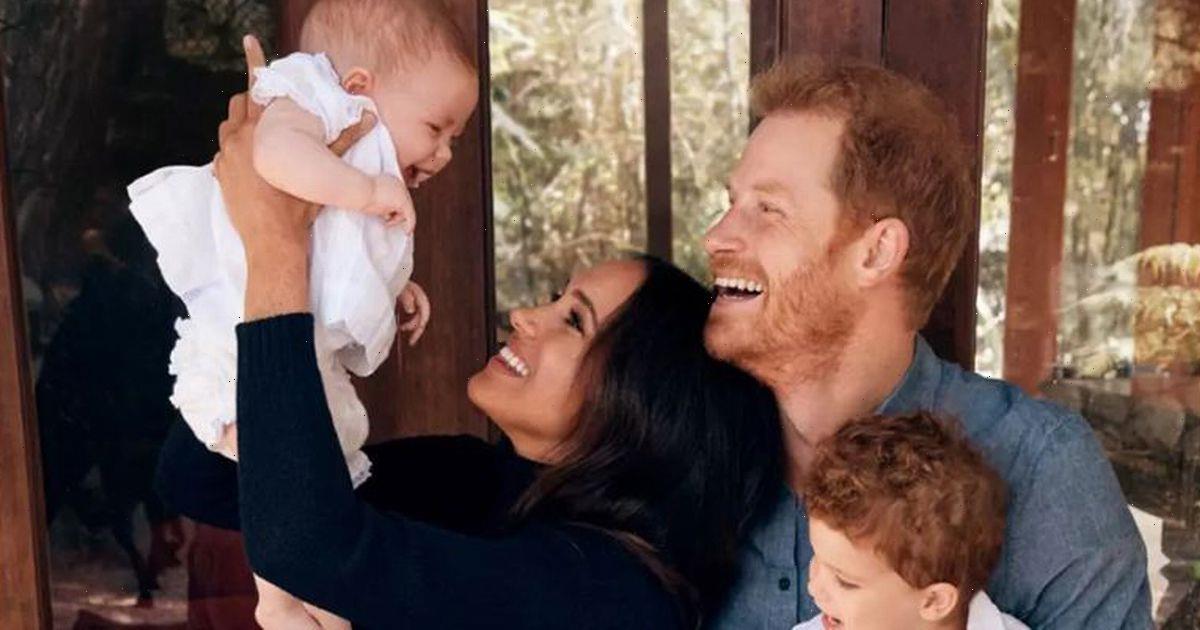 Prince Harry gave a rare insight into his family life in a new video, released on Monday.

Harry, 38, discussed how his children Archie and Lilibet are doing as he appeared on a video call with the winners of this year'sWellChild Awards.

The father-of-two mentioned that his one year old daughter Lilibet is beginning to speak, as he said: “Archie is very, very busy and Lili is learning to use her voice which is great."

The WellChild Awards celebrates the resilience of children with serious illnesses or complex health conditions, and those who have made significant efforts in helping these individuals and their families.

During his chat, Harry declared that he now his “five children” as he jokingly referred to his three pet dogs he cares for, alongside his son Archie, three, and daughter Lilibet, shared with wife Meghan Markle.

Isabelle Delaney, who suffers from autism and ADHD, won the Inspirational Young Person aged 12 to 14 award, and Harry got the chance to speak with her mother as she introduced Isabelle's assistance dog Hope to the Duke of Sussex onscreen.

This sparked Harry to talk about his own pooches, as he said: “I tell you what, we all need a dog that keeps us calm. I've got three in this house now. So, we basically have five children.

“But they are also emotional, emotional support dogs 100% when they're behaving.”

Harry was described as easy to chat to following the video discussion by Yasmeen Crowther, mum to ten-year-old Shakeerah, who has a rare bacterial brain infection after being treated for a brain tumour.

She said: “The Duke of Sussex made us feel at ease, it was as if I was speaking with my best friend.

“He understood our challenges and wants to make a real difference to the lives of children and their families.”

WellChild Chief Executive, Matt James said: “Our remarkable winners and their families were delighted to have this additional chance to celebrate their achievements, particularly as this year’s event ran under unique circumstances.

“The Duke recognised the immense challenges faced by children and young people who face serious ill health with positivity, resilience, and courage and the dedication of those around them, from siblings, professionals and volunteers, who have gone above and beyond to help them through such challenging times.”