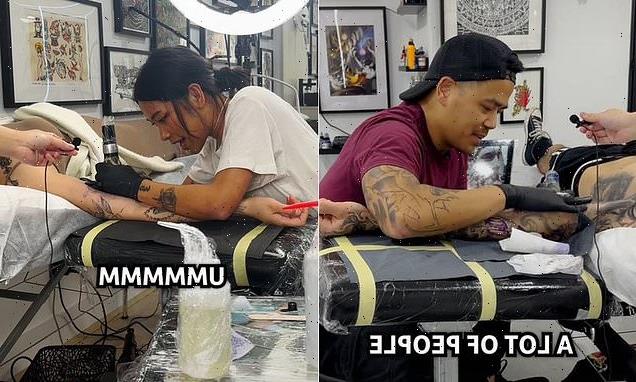 Australian tattoo artists reveal who handles the pain better out of men and women – so who do you agree with?

Aussie tattoo artists have revealed who they believe tolerates the pain better – men or women.

In a 30-second TikTok video, a woman can be heard asking three artists at work who sits better while in the chair.

Without hesitation, two admit women have a higher pain tolerance compared to men, but the third disagrees. 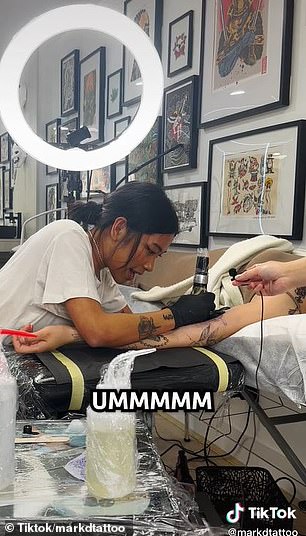 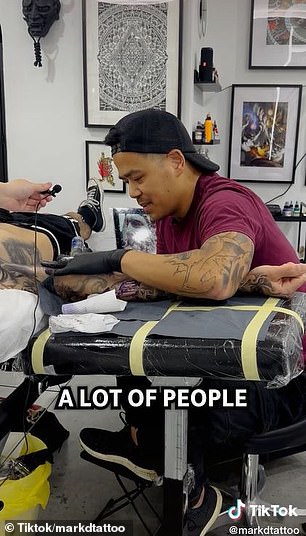 In a 30-second TikTok video, a woman can be heard asking three tattoo artists at work who sits better while in the chair. Without hesitation, two admit women have a higher pain tolerance compared to men, but the third disagrees

After being asked the question, the first male tattoo artist said with a laugh: ‘Girls for sure – it’s not even a debate, or it’s not even close. Girls sit way better than guys.’

The footage then cuts to a woman who shared her opinion on the topic while working.

‘Ummm 100 per cent girls. Yeah, they just take pain better for some reason,’ she said.

In his opinion he thinks it varies from person to person and isn’t necessarily based on gender.

‘A lot of people say that women do, but it’s really individual. It’s not even gender specific, I would say, it’s just up to the individual themselves,’ he said.

In just 20 hours the video has since been viewed a staggering 836,000 times – and other TikTok users gave their two cents on the topic.

‘Ain’t no tattoo pain worse than my monthly cramps,’ one woman wrote.

‘We’re literally born to give birth, we strong as,’ another added.

A third said: ‘Compared to pregnancy, getting a tattoo done is my soothing place – but agree with the last guy!’

But some men claim they’ve been tattooed several times before and felt little to no pain.

‘I can easily fall asleep getting tattooed,’ one man said.

‘Bro, I got my fist tattoo two weeks ago and it’s so much less painful than expected,’ another added.