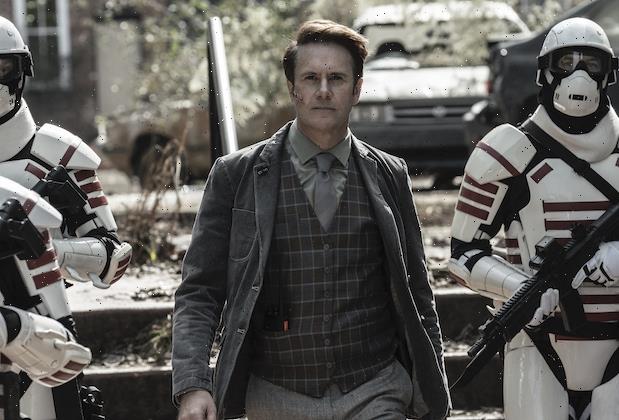 Warning: The following contains spoilers for Sunday’s Season 11C premiere of The Walking Dead (i.e. the first of the very last episodes). If you’ve yet to watch, you may want to before reading on.

In Sunday’s episode of The Walking Dead (recapped here), Daryl & Co. thought that they had put nemesis Lance in check, only to find themselves in what certainly looked like checkmate. Such is slippery brilliance of Josh Hamilton’s Big Bad. Showrunner Angela Kang, comparing the Commonwealth’s conniving deputy governor to previous antagonists like Negan and Alpha, tells TVLine, “I think that he represents a different kind of danger. Some of the other villains that we’ve had were much more like ‘I’ll kill you all’ right from the start. [They were] like, ‘I don’t care!’”

Lance is an altogether different kind of beast. Whereas his predecessors were prone to taking swings with barbed-wire-covered bats and “encouraging” folks to lose their heads, “he’s not like that,” the EP notes. “He’s much more this insidious danger of he’s your friend until he turns on you.”

At this point, there aren’t many people left on whom the power monger hasn’t turned. But before you go assuming that you’ve seen Pamela’s conniving sidekick at his most lethal, press “pause” for a moment, because the worst may be yet to come. Teases Kang: “There are some twists and turns we take with that story.”

Where do you rank Lance on your list of the show’s all-time best villains? Weigh in in the comments.