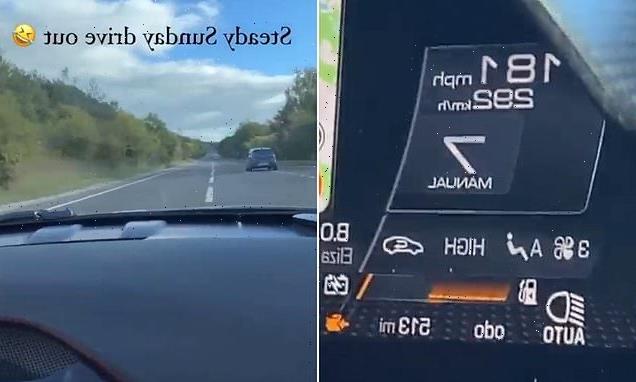 A reckless driver floored his Ferrari down a public dual carriageway reaching speeds close to 200mph.

The footage, believed to have been taken in Derbyshire yesterday, shows the driver’s GPS telling him the limit for the road is just 70mph.

The shocking video zooms in on the dashboard showing the check engine light is on while the speedometer accelerates to breakneck speeds.

Other cars can be seen flashing by in the inside lane during the highly precarious jaunt which was captioned ‘Steady Sunday drive out’.

The clip was recorded by the passengers and switches between the speedometer and the road ahead, the highest speed reached shows 191mph. 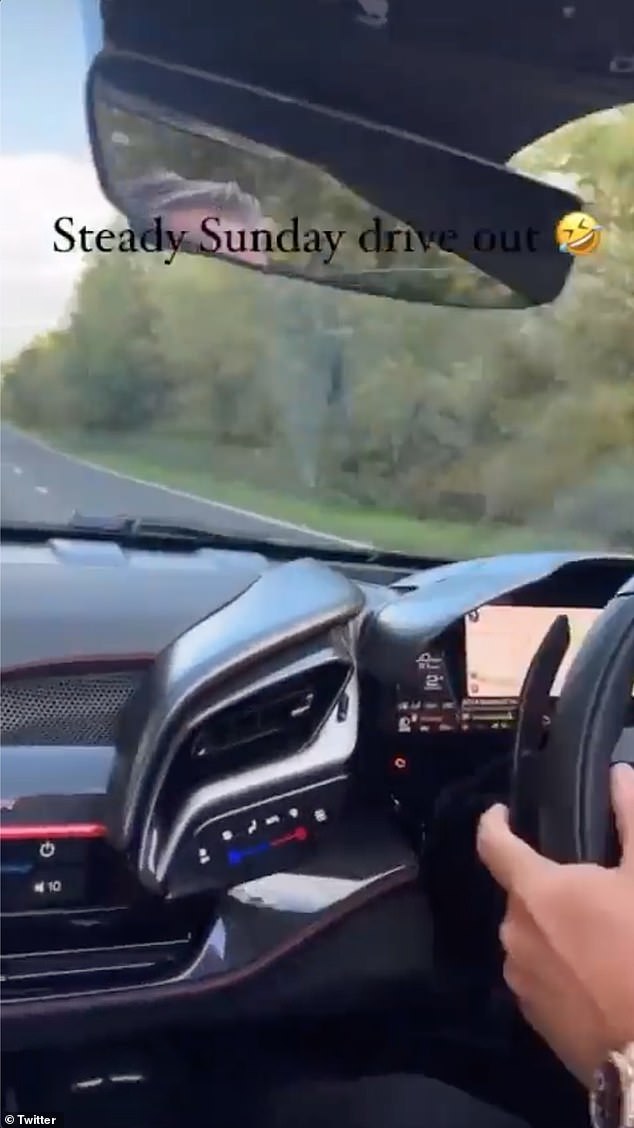 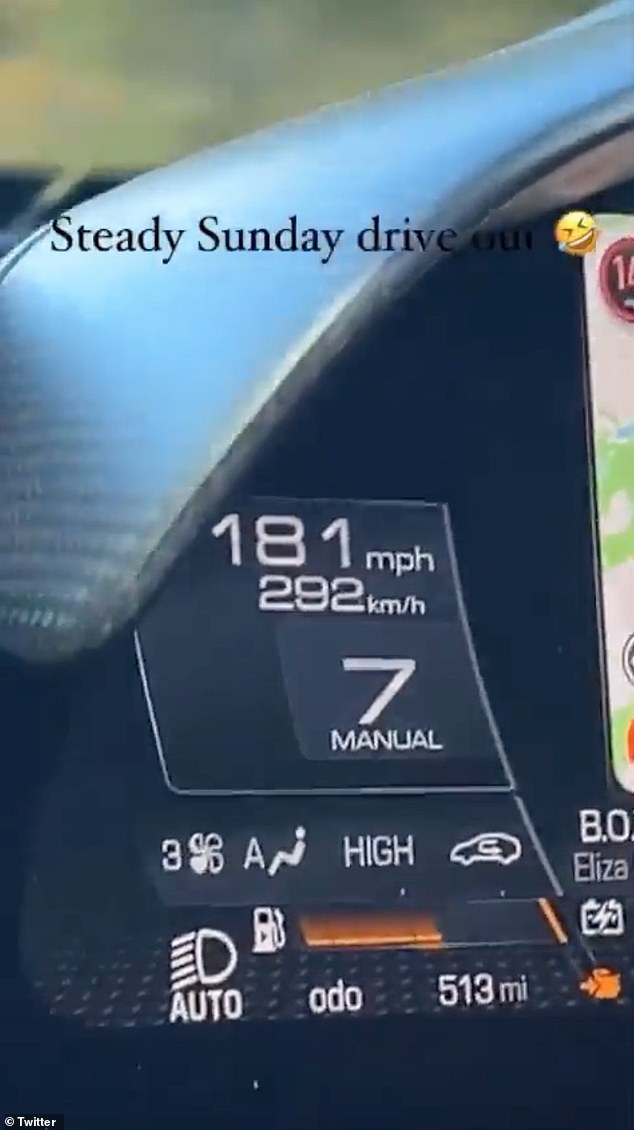 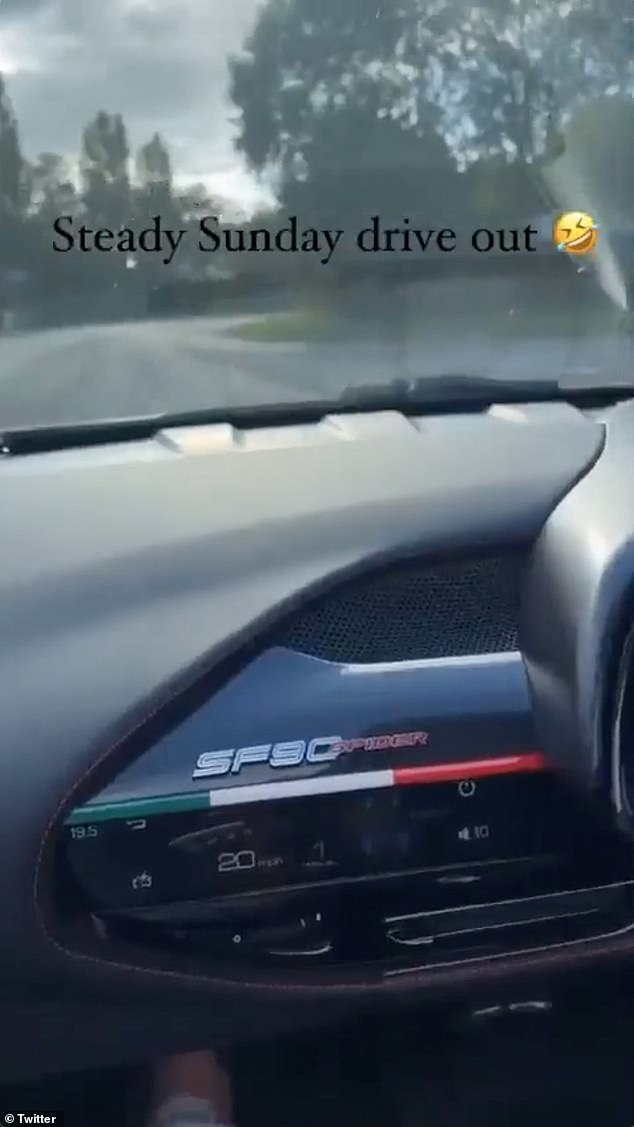 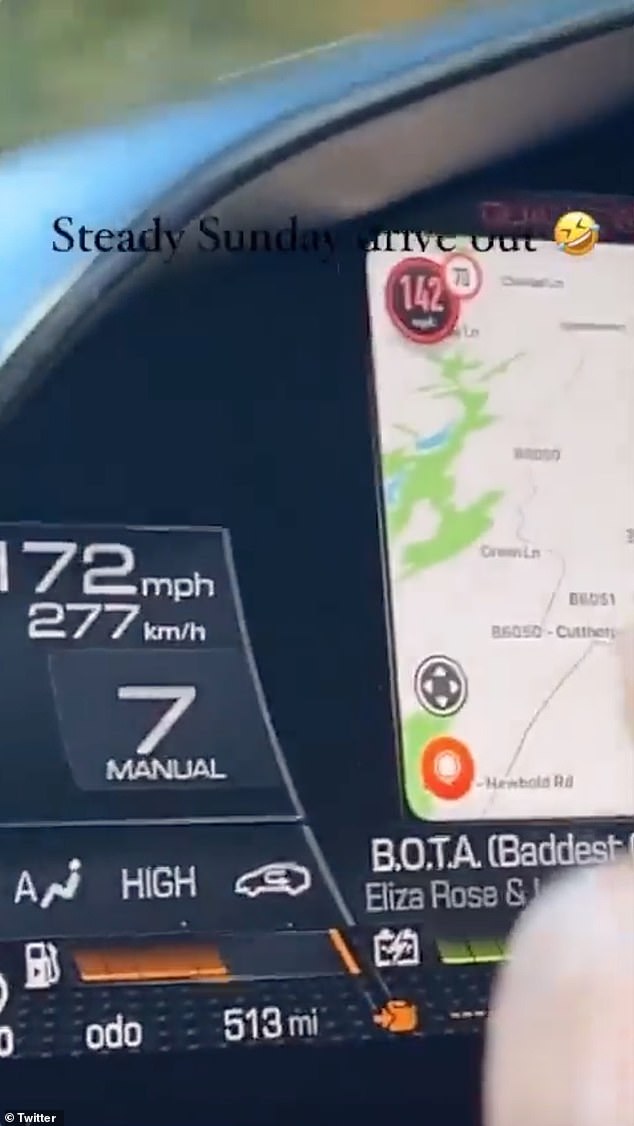 Those who saw the video posted to Twitter were horrified, one simply said ‘madness’ while another said to Derbyshire Police’s Twitter account: ‘Shouldn’t take long to identify this car.’

Another said: ‘This is why I don’t ride in the country anymore.

‘I can wear all the armour I want, that thing hits me I’m dead instantly.’

Another Tweeter replied: ‘And in bits too. Disgusting. Hope the driver is nailed.’

Another said: ‘One careful owner never been raced or rallied.

‘Let’s hope some ANPR or other traffic cams locally can identify the car and a ticket popped in the post.’

One replied: ‘Ticket and prison sentence’ and another said: ‘Prison and car being crushed would be more appropriate.’

Others continued to urge police to find the driver, with one saying: ‘Wouldn’t have thought there are that many registered in the UK.

‘Could be fairly straightforward to narrow down. Potential onboard data, security tracker, phone, gps.’

The highest speed ever to be recorded on a UK road is thought to be 211mph, although in February the case had not yet come to court.