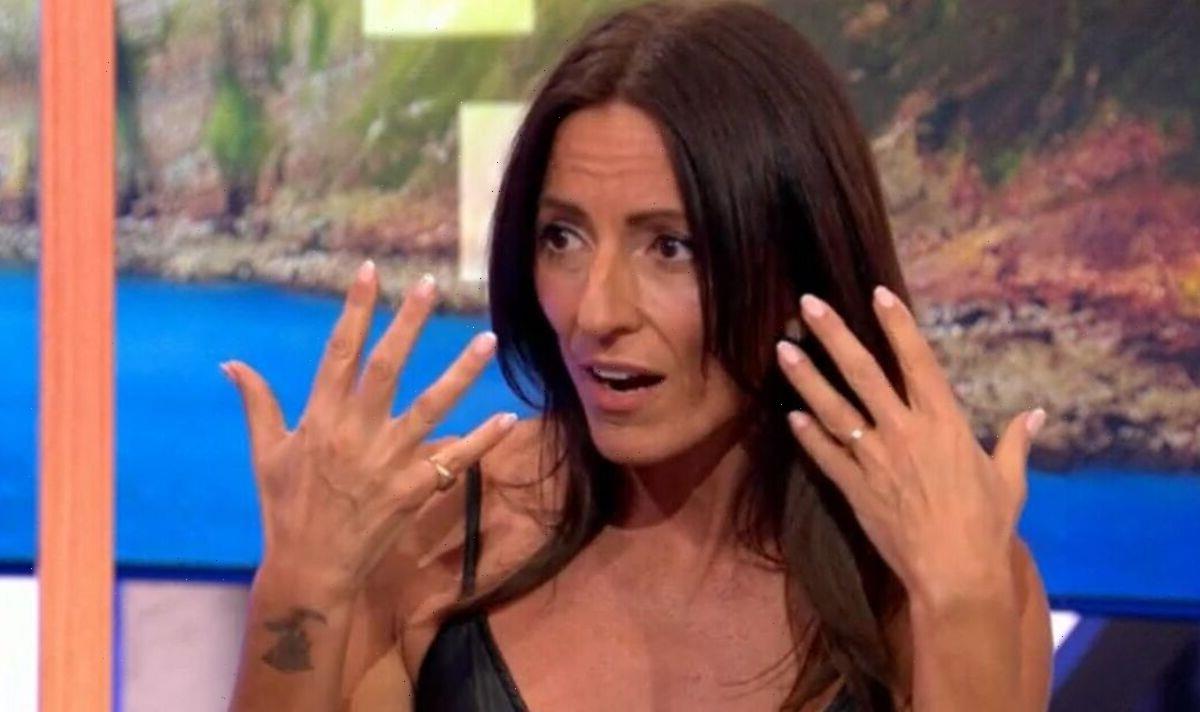 Davina McCall opens up on menopause and brain fog struggles

The One Show hosts Alex Jones and Jermaine Jenas returned to BBC on Tuesday and welcomed actor Steve Coogan, presenter Davina McCall, and actor Stanley Tucci. As she was promoting her new novel Menopausing, Davina detailed the moment brain fog caused her to forget her co-host’s name on live TV.

Acclaimed television presenter Davina McCall opened up a discussion about menopause and aimed to raise awareness about it with the release of her new book Menopausing.

As she sat next to Stanley Tucci, she opened up about her medical history and detailed the moment she realised she had symptoms of early menopause.

Davina also recalled the moment its major symptom of brain fog interrupted her professional life and made her forget her co-host’s name on live TV.

Speaking to Alex and Jermaine, Davina detailed: “The reason why I’ve done this and why I’ve spoke about it so publicly is because when it happened to me, I didn’t know anything about it. 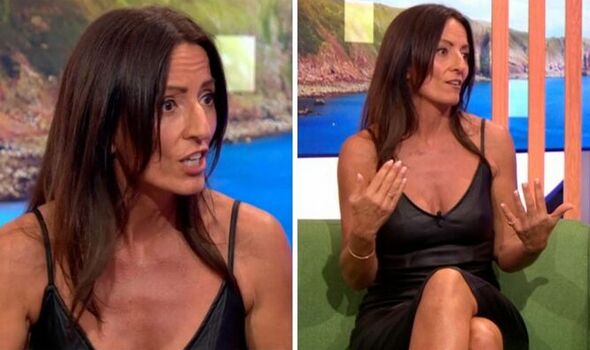 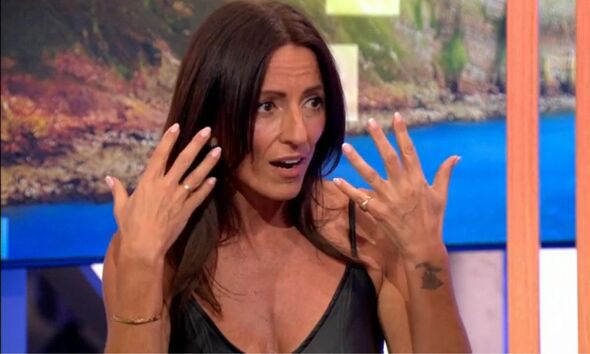 “I didn’t even know the word perimenopausal, I’d never heard of it before.”

She detailed: “I was 43, I’ve got hyperthyroidism and if you’ve got that you can go into perimenopausal a bit early.

“So I started a bit early I got some symptoms, they weren’t the normal hot flushes so I didn’t associate with menopause.

“But there were lots of little dots that I hadn’t put together, so it started off with things like low-level anxiety.” 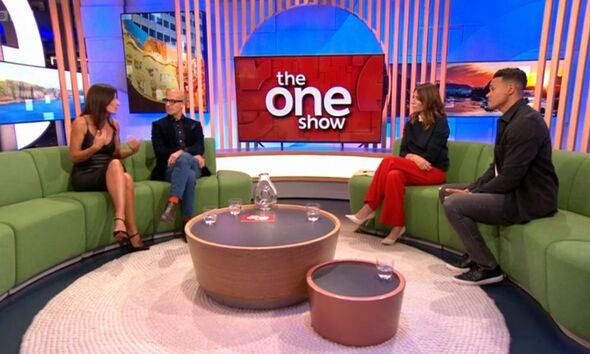 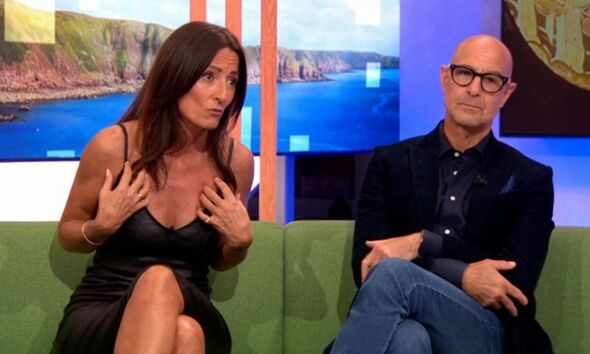 Turning to Stanley, Davina added: “I’m not an anxious person, as you can probably guess and I didn’t want to drive in the dark, really ridiculous, so I’d go to Sainsbury’s quickly.

“It was such a weird and alien thing for me,” she listed, “low mood, I couldn’t think of the last time I’d been around people and really belly laughed.

“Sweats but not every night, sometime during the month I’d have two nights of terrible night sweats, I’d think I’ve got a fever, I just didn’t piece it all together.”

Speaking on her experience, Davina recalled: “The really bad time happened when I was trying to work with brain fog.”

She explained: “Presenting a live TV programme when you’re looking at someone, I was on this show called Stepping Out I was looking at Laurence Llewelyn Bowen thinking ‘I’ve just said your name three seconds ago and I can’t for the life of me remember .’

“It was literally like a blank page, then I looked at the autocue, I couldn’t read it properly.”

Davina continued: “Afterwards the producer said, ‘Are you ok?’ because normally I’d like to think I’m good at my job, I love live TV.

Pointing at Alex and Jermaine, she said: “You guys have done it all the time, you get quite good at it.”

“Then she shut the door behind her and I just couldn’t stop crying, I was hysterically crying because I thought I’m going mad.

“I felt so lonely, I had nowhere to turn, no one to talk to, my step mum had a hysterectomy and she couldn’t recall her thing about it, my mum wasn’t with us and I was like where do I turn.”

Alex agreed: “Like you, I would be waiting for the flushes, this has made me think.”