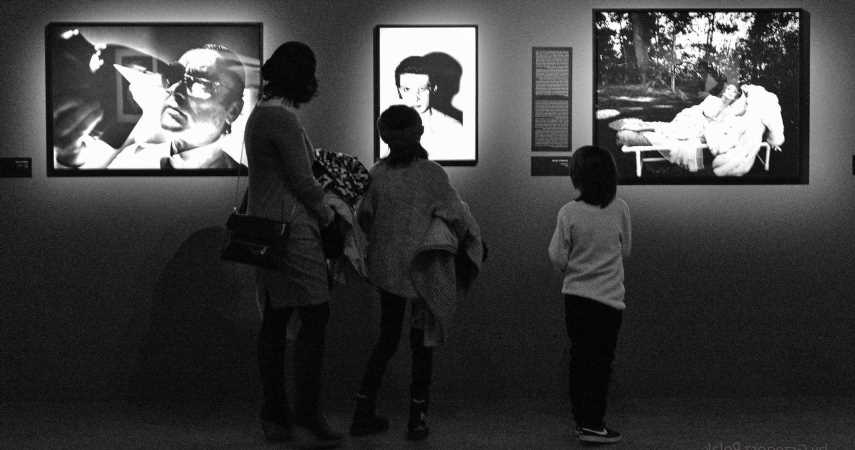 Photography’s continued appeal is clear, as evidenced by the abundance of worldwide photo exhibitions. However, it appears that the most expensive photographs continue to be sold at auction. While the majority of photographs sell for what most individuals consider to be respectable prices, a few sell for amounts that most artists would only imagine in their wildest imaginations.

The value of artistic photographs and the final price at which they are sold are typically not determined by the artist who created the photographs but rather by the individuals who purchase the photographs. The majority of new photographers worry about how to sell their photographs. Then, they find photographs for which a buyer was willing to spend millions of dollars. Let’s take a look at the 8 most expensive photographs ever sold at auctions.

In 1904, Edvard Steichen created the first photograph by adding light-sensitive gums to the photographic plate. This resulted in the finished print having several colors. Three variations of The Pond – Moonlight exist. Since the layering of the gums is performed by hand, each one is different. In 2006, the photograph cost its purchaser $2,928,000. It was the highest amount ever paid at auction for a photograph at the time. The other two variants are displayed in museums.

Created by Richard Prince in 2000, this image is a unique work of art. His artwork is a photograph of a photograph. He rephotographed images as he developed his own photographic technique. In this instance, the image is part of a marketing effort for Marlboro, and it shows a character known as the “Marlboro Man.” In 2014, the artwork was purchased for $3,077,000.

The 1999 picture by Andreas Gursky depicts the trading floor of the Chicago Board of Trade. To convey a sense of motion, Gursky double-exposed a number of the image’s components. Gursky is well-known in the world of photography for his distinctive approach. He creates big prints in the style of valuable paintings that depict the vast size of human existence and its connection with globalization in the modern world. He scanned and altered his large-format photographs on a computer. In 2013, this 157 284 cm print fetched $3,298,755 at auction.

RELATED: These Are The Most Expensive Sandwiches In The World

Jell Wall created the image in question in 1992, and it was offered as lightbox transparency. Photographer Jeff Wall has gained international renown for his large-format Cibachrome images that feature staged situations that are influenced by the history of art. In his conceptual manner, he also alludes to philosophical questions regarding photographic and artistic depiction. It portrays a battlefield in a fictional setting. The returning soldiers are reminiscent of a zombie horror film. In May 2012, this piece went on sale at Christie’s New York. It brought in a whopping $3,666,500.

Numerous individuals assert that her facial expression and body language demonstrate vulnerability. In the photo, Sherman depicts rape and abuse. The model seemed fearful rather than enticing. The photograph was displayed as a Chromogenic color print. The photograph was sold at auction for $3,890,500, making it one of the most valuable photographs in the world.

RELATED: These Are The Most Expensive Diamonds In The World, As Of 2022

In 1981, Richard Prince created one of the most controversial photographs in history. It features a naked 10-year-old Brooke Shields. Her youthful physique stands in stark contrast to her sensual and mature facial expression. The authorities prohibited the artwork from being displayed at the Tate Modern in London. It is an Ektacolor print that was sold in May 2014 at Christie’s New York for $3,973,000.

Another chromogenic color print, but this time, costing a buyer a whopping $4,338,500. The photograph depicts the Lower Rhine. The river is pictured between fields of green grass and a cloudy sky. In 1999, Andreas Gursky designed it. In digital editing, Gursky deleted dog walkers and a factory building. Sold in November 2011 at Christie’s New York, it retained the record for the most expensive photograph ever sold until 2014.

This 2014 photograph by Peter Lik is a black-and-white print of the famed Antelope Canyon in Arizona, United States. It is unconfirmed because the purchaser is “secret and anonymous.” Its status as the most expensive photograph in the world continues to spark passionate disputes. One may be tempted to believe that by selling his image for $6.5 Million and ten cents, Jeff Frost surpassed Australian photographer Peter Lik. Based on the advice that he has sought, it appears to be nothing more than a prank.

READ NEXT: Paris Of The East: What Makes Baku One Of The Most Expensive & Luxurious Cities For Travelers