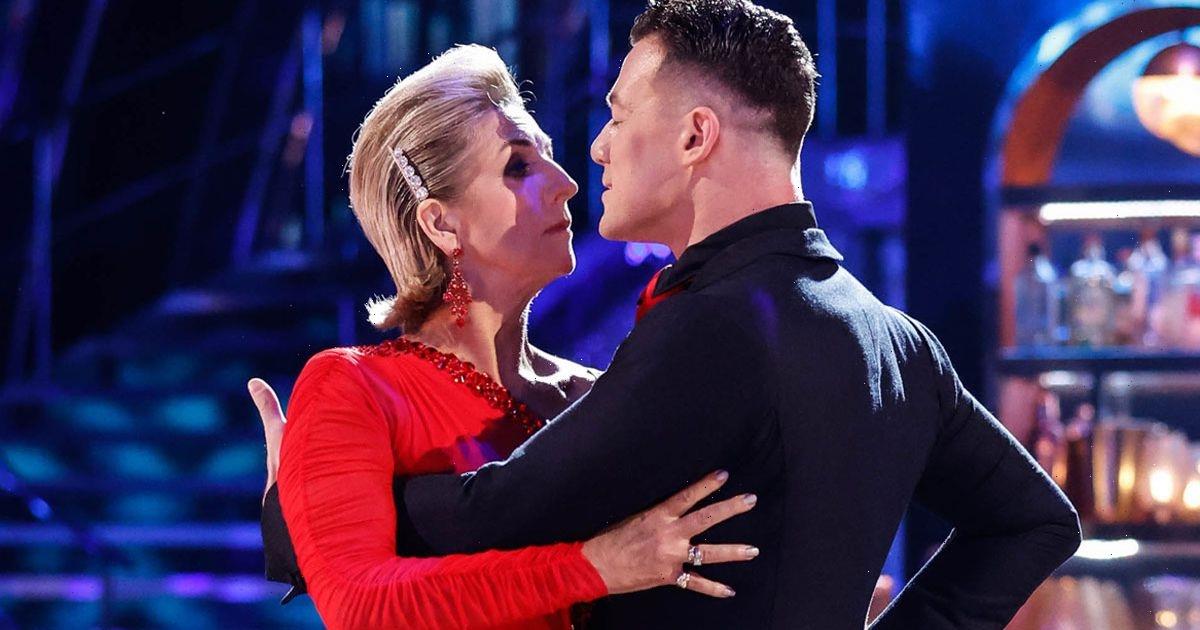 Kaye Adams and her professional dance partner Kai Widdrington have become the first couple to be voted off Strictly Come Dancing.

Following Saturday night's live show, the judges' scores were added to those from the previous week before being consolidated with the results from the public vote.

After receiving the fewest number of votes from the public, an intense dance off ensued which saw Kaye and Kai and Matt Goss and his professional dance partner Nadiya Bychkova battle it out for their place to remain in next week's show.

But unfortunately it just wasn't enough for Loose Women star Kaye who wasn't saved by the judges after the intense dance off.

But although Anton Du Beke, Craig Revel Horwood and Motsi Mabuse all voted to save Matt and Nadia, head judge Shirley Ballas wanted to keep Kaye and Kai in the show.

One viewer wrote: "I wasn’t expecting Kaye and Kai to leave first, gutted for them tbh, I was expecting it to be Tony and Matt or Tony and the guy from EastEnders (forgot his name) in the dance off first tbh."

Another upset fan penned: "For once in life I agree with Shirley. Kai and Kaye were better than Matt and Nadiya. I would've saved Kaye."

A third chimed: "Really gutted for Kaye and Kai."

But others seem to think that Kaye may have lost her way during the dreaded dance off, with one viewer writing: "I don't think Kaye's that bothered really, it's probably a relief."

The news comes after Strictly Come Dancing was thrown into calamity due to fans finding out who had left the competition before the results show had aired.

On Saturday night's show, host Claudia Winkleman told viewers they had until 9.10pm to get their votes in, making it abundantly clear that the results are filmed on Saturday night not live on Sunday as it appears.

But due to the show being pre-recorded, spoilers are often released online before they are aired publicly with some viewers knowing where to find the information before the show airs.