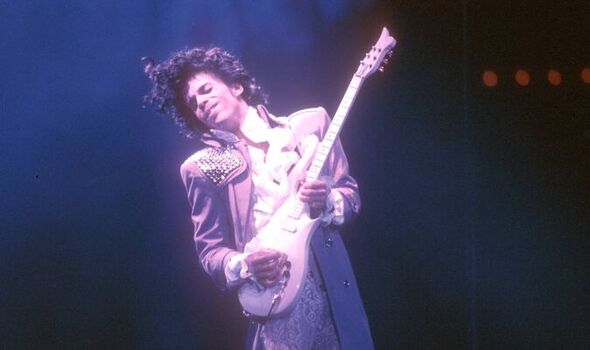 That bombshell comes from Prince’s inner circle, who confided that the Grammy-winning musical genius lived to entertain audiences. Biographer Toure, who spoke with the star’s aides, revealed Prince felt his prime purpose was to create music, play live and achieve the adrenaline high from shows.

The singer, who died in April 2016 at the age of 57, most likely died from deadly opioid pills he bought online, trying to hide his addiction to painkillers from aides.

Toure said: “Music was all he had and the only way he had of interacting with other people..that was his identity.

“That was the tragedy – he was not taking drugs for trippy fun experiences but he was taking drugs to get up and work – like so many Americans.

“It was chronic pain, which had come from working so hard to be a rock star. It was heartbreaking. This was not about rock star hedonism.

“He was in chronic pain but needed to keep going.”

It is the 15 years since Prince’s record breaking 21 nights at London’s 02 Arena.

Toure saw how the Purple Rain star’s two-hour energetic shows packed with dance moves in high heels led to his problems as far back as the mid 1980s.

“There was clearly an almost athletic grinding down of the body over many years.”

“Most athletes in their late 30s walk away from the game, Prince did not do that he played globally, long tours and overtime hip, lower back and knee problems started to bother him. And he was not one to complain or talk about his pain.”

Carver County Attorney Mark Metz, the prosecuting attorney in the investigation into Prince’s death, believes that the fatal Vicodin tablet, laced with deadly fentanyl, was purchased on the internet.

In the documentary TMZ Presents: Prince Fatal Secrets on streaming channel Tubi, Prince’s pal R‘n’B icon Chaka Khan opened up on how Prince was a “health nut” who was a vegan and a non smoker.

Recovering addict Khan was devastated Prince hid his addictions, admitting that she could have helped him recover.

Metz spoke about sad “preventable” death of the icon, found dead in an elevator at his Paisley Park home on April 21 2016.

Metz said: “Prince did not know he was taking fentanyl.

“He did not know the vicodin he sought out was laced with fentanyl.

“It was a counterfeit pill. That is what is horribly preventable.

“Cops discovered “numerous pills” in his bedroom and private quarters.

“Some of the pills had Lidocaine and other agents and others in the same bottle had fentanyl.

“He got the Vicodin pills probably through the internet and it was laced with fentanyl.

“People are playing Russian Roulette if they are getting drugs that are not prescribed by a physician and it’s on the street.

“Prince didn’t think he was taking fentanyl from the evidence we had.”