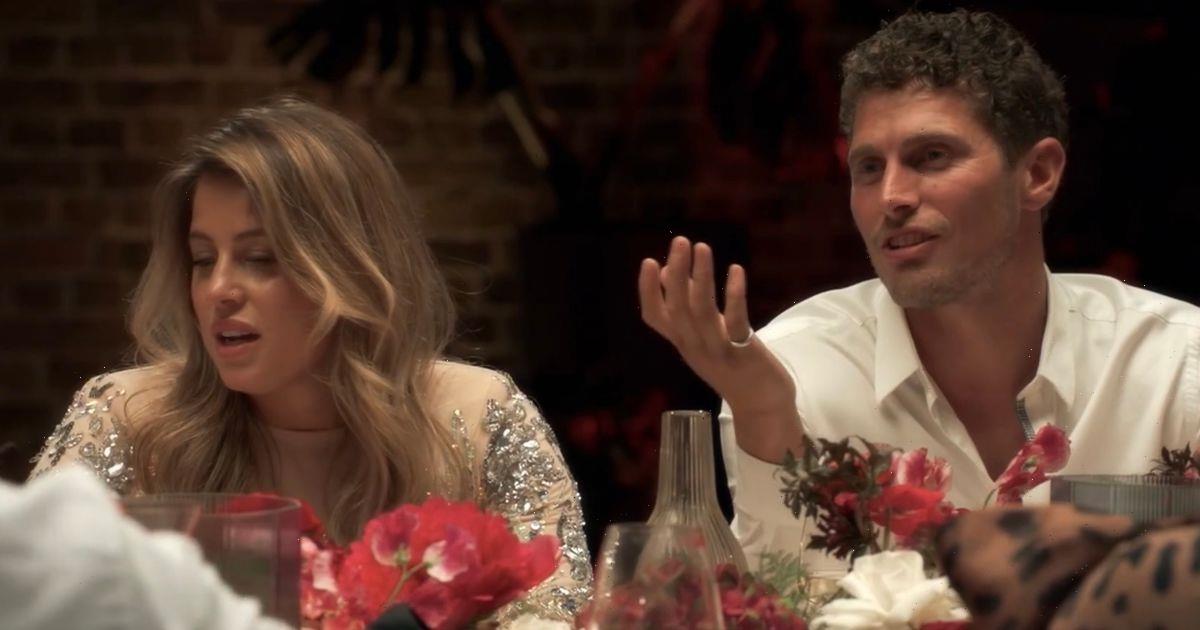 Married At First Sight UK looks set to feature even more explosive scenes on Monday as Jonathan once again finds himself in the firing line, while Jordan makes a shocking revelation to the group.

As the unique dating experiment draws ever closer to its conclusion, many relationships have already been put to the test, with several proving they were an incompatible match.

Yet in upcoming scenes it looks as though Jonathan will be next to face the judgement of his peers as his mouth once again gets him into trouble during a very heated dinner party.

As the couples receive a series of anonymous letters scrutinising their relationship, Jonathan’s relationships with Sophie will be placed under the microscope, leaving the Yorkshireman to defend himself once again.

In a trailer preview for the upcoming episode, Jonathan can be seen admitting “I’m a s**t talker,” leading many of his fellow contestants to express their ire at his attitude, particularly in relation to his comments regarding weight and body image.

“If we could see a willingness to learn, but we don’t!” argues Jenna as she places the lovelorn contestant on blast for his comments.

Thomas can also be seen heatedly weighing in as he boldly declares: “No man can comment on a woman’s body. Period.”

Elsewhere in the episode, upcoming scenes also reveal that Jordan isn’t quite ready to dive on headfirst into his marriage with Chanita, as he admits the love “isn’t quite there yet” leaving his wife heartbroken by his revelation.

The show will also see the tense return of Matt and Whitney as a couple, after they previously ditched their spouses and decided to pursue a relationship together with the blessing of the show’s experts.

With the other couples clearly unimpressed at the decision to give them a second chance, tempers look set to fray in the coming scenes, as the backlash against the couple’s “infidelity” comes to light, with Whitney even defensively hitting back at her critics by telling them they are not her “judge, jury and executioner”

With just a few episodes left before the show reaches its dramatic conclusion, will the couples go the distance? Or will their marriages hit the rocks before they’ve even started?

Married At First Sight UK continues at 9pm on E4 from Mondays to Thursdays.