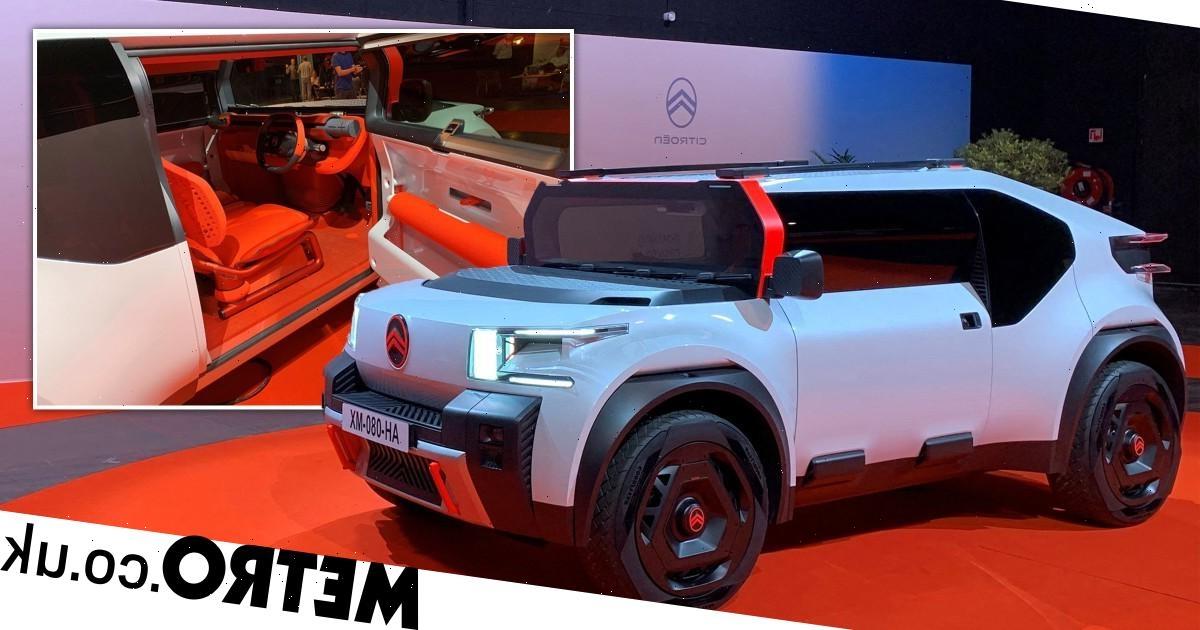 Imagine a future world starved of resources where carmakers have to resort to replacing the metal in your car’s roof and hood with cardboard.

That’s what Citroën has done with a new concept car designed in anticipation of a resourceless world, using cardboard instead of steel for those parts.

This is no ordinary cardboard, but a specialised honeycomb format reinforced with plastic coating on each side that is strong enough to be stood on without buckling.

It was developed in partnership with German chemical giant BASF. This and a vertical windscreen designed to reduce the amount of glass needed and save weight make the electric Citroën ‘Oli’ concept car look like a futuristic SUV.

During the Soviet era, a common, erroneous, urban myth held that the Trabant, a small two-stroke engine car produced in the former East Germany, had a body made of reinforced cardboard – and if it rained hard enough you could punch a hole in it.

In fact, the Trabant was made of ‘duroplast,’ a plastic reinforced with recycled cotton waste from the former Soviet Union. 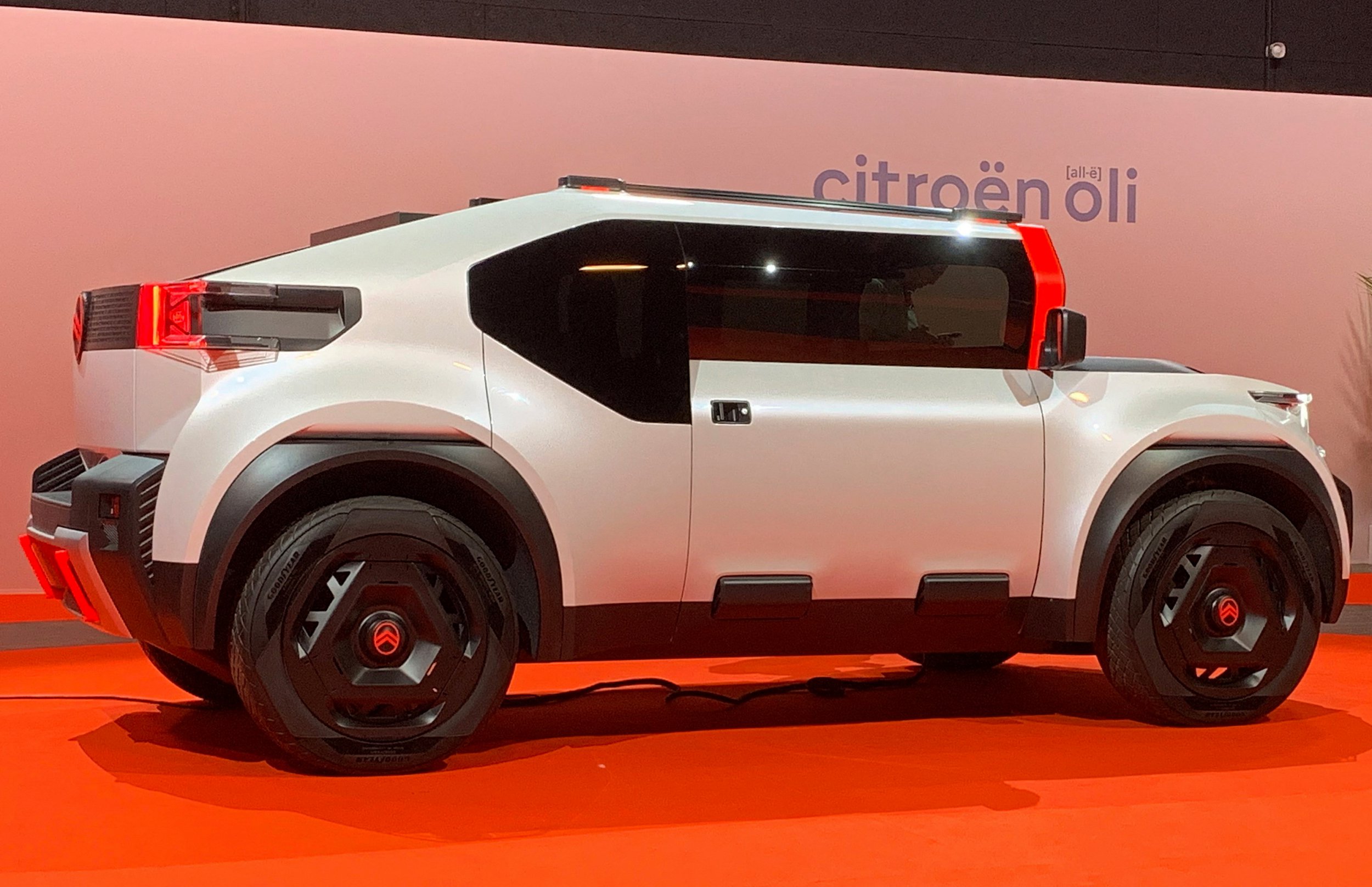 Citroën, which is part of world No. 4 carmaker Stellantis, and BASF have succeeded in turning popular legend into reality.

To account for the possible effects of climate change and component shortages, the Citroën Oli weighs under 1 tonne (1,000 kg) and cannot exceed 110 kilometers (68 miles) per hour.

‘With Oli, we say enough – enough of oversizing of cars, with many features that you’ll never use,’ Citroën director of future products Anne Laliron told Reuters.

‘Some features are used 2 percent of the time. So we said, ‘OK, how can we reduce to what is really necessary for day-to-day life with our customers?’’

Wire harnesses have been removed from the door panels – which only have eight parts versus an average of 35 in today’s cars – the key lock has returned and the dashboard uses information from the driver’s mobile phone for communication or entertainment.

The windows open manually and the vertical windscreen – which also cuts the impact of solar radiation inside the vehicle and thus reduces the need for air conditioning – means a vent must be fitted on the hood to recreate a windscreen’s effect on vehicle aerodynamics.

Oli is also designed to be recyclable and easy to repair so that it can last at least three generations, or 50 years.

Work on the concept car began in 2019 and has arrived in an era beset by raw material shortages caused by the coronavirus pandemic and the war in Ukraine.