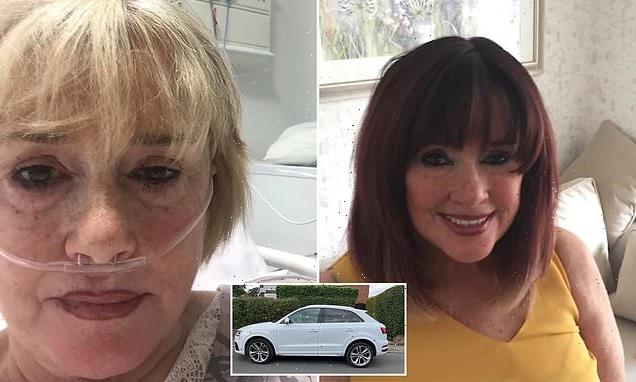 A cancer-hit grandmother wet herself after being forced to wait seven hours on the side of a dual carriageway as she ‘cried’ and ‘pleaded’ for the RAC to show up.

Jen Rooke, 71, was left stranded on the roadside unable to take her pain medication without any water after a tyre on her Audi Q3 burst.

She told the RAC that she needed to take medication for her cancer two hours after her first call but they only apologised and failed to fast track her rescue.

After the rescue team finally showed up at 9pm, Ms Rooke was forced to wait alone in a late-night garage to have her tyre replaced rather than the RAC fixing it on the side of the road.

The seven-hour wait came despite the grandmother forking out £231 a year for RAC’s ‘peace of mind’ cover which includes roadside tyre replacement.

Speaking after her shocking ordeal, she said: ‘I was in tears because I needed my medication. I have ovarian cancer and I was in a lot of pain.

‘I rang back and started pleading with them, I cried and I pleaded.’ 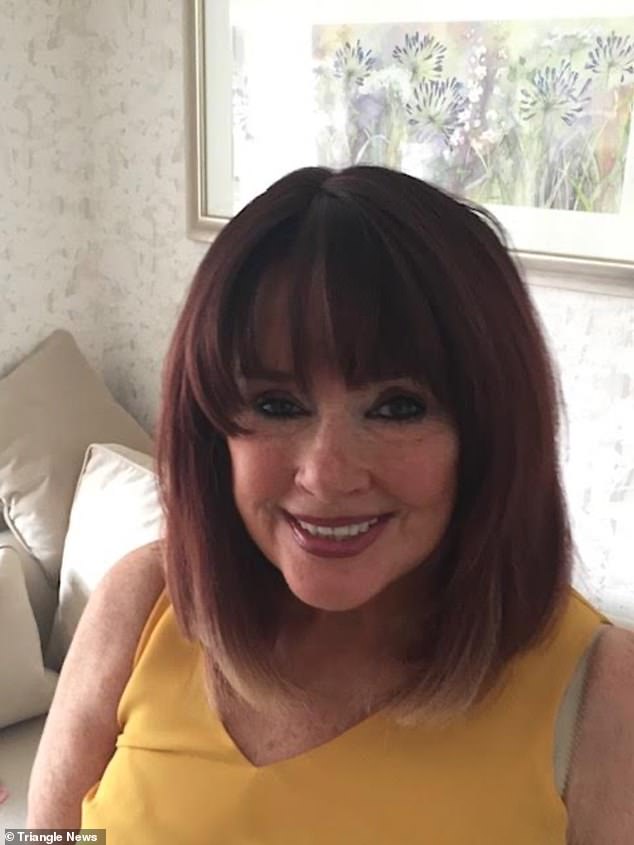 Jen Rooke, 71, wet herself after being forced to wait seven hours on the side of a dual carriageway as she ‘cried’ and ‘pleaded’ for the RAC to show up

Ms Rooke was forced to pay out a further £138 for a new tyre in the middle of the night which she claims she had to fight to get back from the RAC.

The RAC has since handed Ms Rooke £100 in compensation for the ong wait but only after the grandmother challenged them when they were initially offered £50.

She had been travelling home to Harrogate, North Yorkshire, after visiting her two sons in Clapham, south London – a journey which usually takes around six hours.

She likes to visit her children a lot because of her cancer and feels she needs to ‘get on and enjoy yourself’.

Ms Rooke could not face the six-hour journey back home so she returned to her son’s house but she said that she did not let him see her because of the state she was in.

The issue arose when one of her tyres burst on the A4 as she left London at around 2.50pm on August 17.

Ms Rooke, who did not mention her cancer on the initial call, was told that there would be a 90 minute wait when she first spoke to the RAC team.

But when she was forced to ring back after two hours to find out where they were, she was given no real update on how long it would take,

At this point, the elderly woman told the RAC that she had cancer and was unable to take her medication on the roadside because she had no water or food to digest it with.

Ms Rooke rang them for a third time to plead but was still forced to wait. 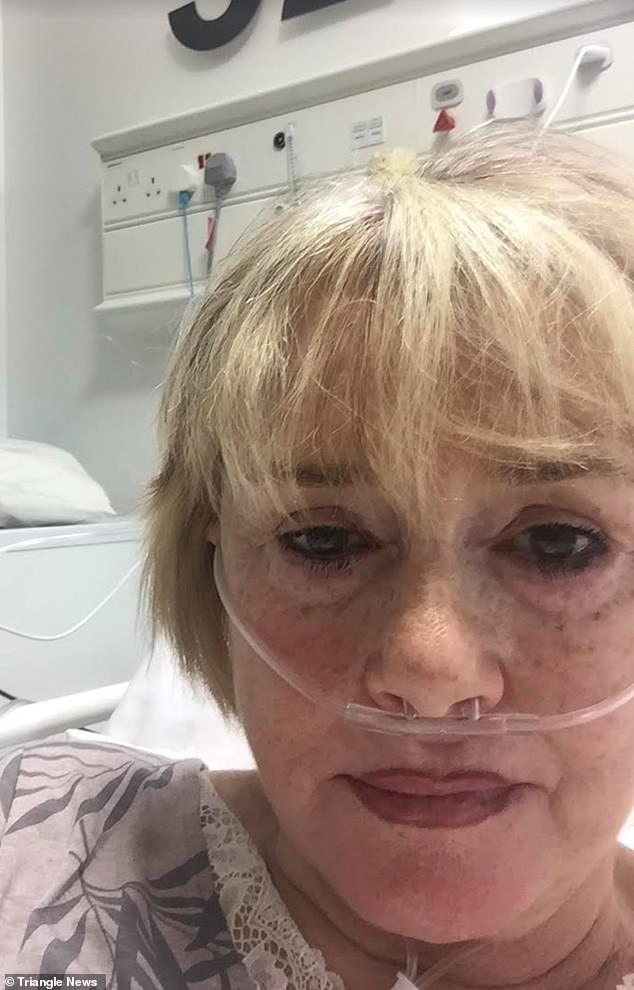 The cancer-hit grandmother was unable to take her pain medication without any water. Pictured: Ms Rooke in hospital – she was first diagnosed with ovarian cancer in 2019

She was first diagnosed with ovarian cancer in 2019 where she had a 12-hour operation that September and started chemotherapy to save her life.

Her cancer sadly returned in June this year and doctors put her on hormone treatment to reduce its size – which is why she takes painkillers.

She is due to start another round of chemotherapy in the coming weeks.

The motoring ordeal went from bad to worse as the former farmer needed the toilet after waiting for so long and was conscious that her phone was running out of battery.

Ms Rooke left her car on the dual carriageway lay-by and trekked to a nearby housing estate to find a toilet despite being in pain.

However, residents were fearful about letting someone into their home so she ended up wetting herself.

‘Since my cancer, my bladder isn’t fantastic,’ the grandmother said.

‘It was just dreadful. I never thought I’d be in that position.

‘I visit my children in London quite a bit because I’ve got cancer – you’re told to get on and enjoy yourself.’

When somebody did turn up seven hours later, it wasn’t an official RAC van and the mechanic attending told her that he couldn’t fix her tyre.

Ms Rooke was unable to call her children at this point as her phone had died.

She was given the option of being taken to South Mimms – a village north of London – to wait for an official RAC van or to a late-night garage they were about to drive past.

The dire circumstances were made worse for Ms Rooke waiting as a lone female at a garage in the middle of the night.

She had to shell out for the cost of the tyre replacement and drove back to her son’s house after the awful night. 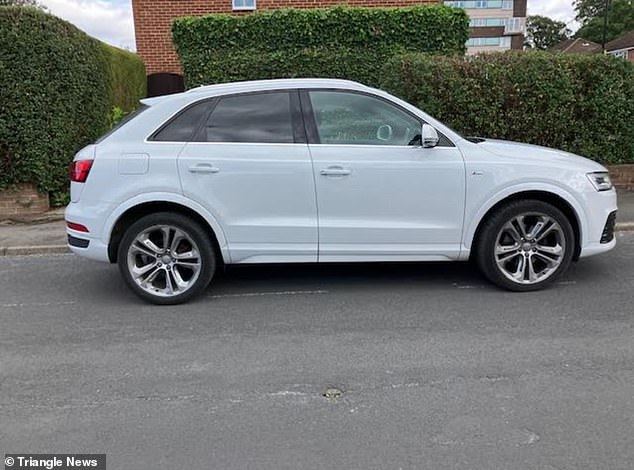 The chaos unfolded after one of the tyres on her Audi Q3 (pictured) burst on the A4 as she left London at around 2.50pm on August 17

‘I couldn’t go back to Harrogate because I was so ill,’ she said.

‘I just couldn’t believe what they had put me through, especially in the state I was in. I didn’t let my son see me like that.

‘I pay £231 and it’s called peace of mind cover but they weren’t bothered.

‘That’s the thing, they weren’t bothered that I was not well or that I’d been waiting for seven hours. That was quite sad.’

The following morning, Ms Rooke found her car’s electric doors had been tampered with and wouldn’t open.

The RAC has taken ‘no responsibility’ for the car doors, leaving Ms Rooke to have to climb into her car through the boot.

An RAC spokesperson said: ‘We’re very sorry we couldn’t get there sooner.

‘Unfortunately, we weren’t made aware that she was suffering with cancer, and needed to take medication, until several hours after she first called us.

‘Had we known this earlier we would have prioritised her for faster attendance.

‘We’ve reimbursed her for the new tyre and given her a gesture of goodwill to apologise for her experience which wasn’t up to our normal excellent service due to the extremely high number of breakdowns we were dealing with in the hot weather.’