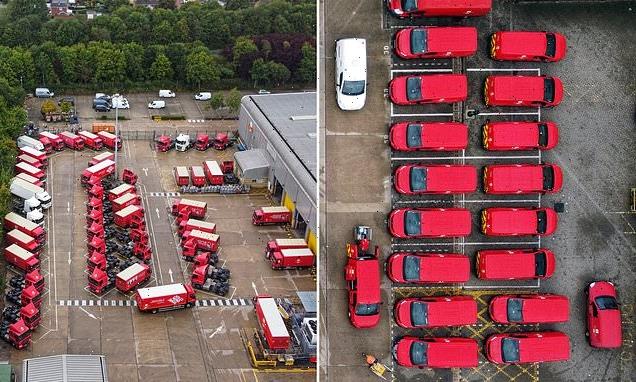 Royal Mail workers are beginning a 48-hour strike tomorrow in a worsening dispute over pay – as bosses say the union’s planned 19 days of action is ‘reckless’ as the business is losing £1million a day.

Members of the Communication Workers Union (CWU) will mount picket lines outside delivery and sorting offices across the country.

The union said the walkout by around 115,000 of its members is the biggest strike of the year amid long-running disputes in other sectors.

A further 19 days of strikes have been announced on different days throughout October and November in a major escalation of the dispute.

Royal Mail bosses said the strikes are ‘reckless’ as the business is losing £1million a day and the strikes could lead to customers making ‘other choices’.

It follows thousands of staff in post offices walking out yesterday – also in a dispute over pay. 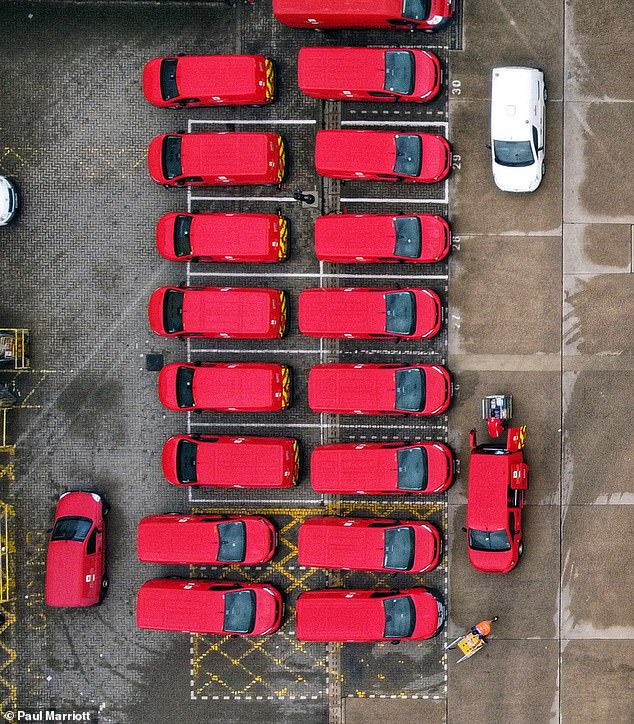 Royal Mail workers are beginning a 48-hour strike tomorrow in a worsening dispute over pay. Picture is of a Royal Mail depot during the strike on September 8

But it said this was still ‘some considerable way behind’ current inflation levels.

Now – in addition to staff striking in post offices – Royal Mail’s website said the union has called on members who collect, sort and deliver parcels and letters to take further national strike action’. 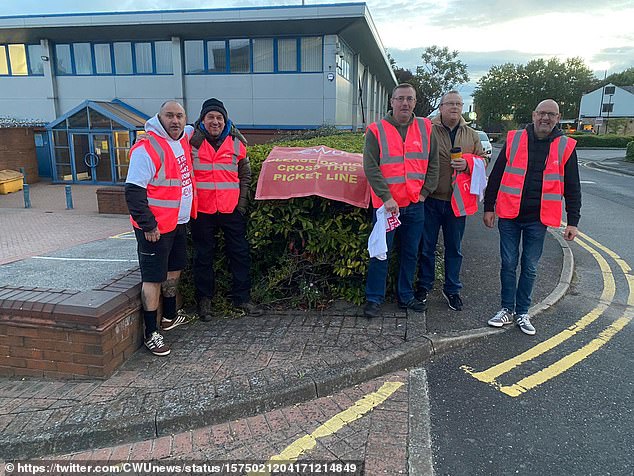 CWU general secretary Dave Ward said: ‘This is a significant announcement, but it is one which matches the level of anger our members feel at the way Royal Mail Group has treated them.

‘The chief executive of Royal Mail Group is treating postal workers as if they are stupid.

‘These are the same people that have kept the country connected and returned Royal Mail Group to record profit.

‘Postal workers across the UK now face the fight of their lives to save their jobs and the service they provide to every household and business in the UK.

‘We call on everyone to stand with their local postal worker.

‘If Royal Mail Group are allowed to get away with this then it sends a green light to every rogue big business in the UK. 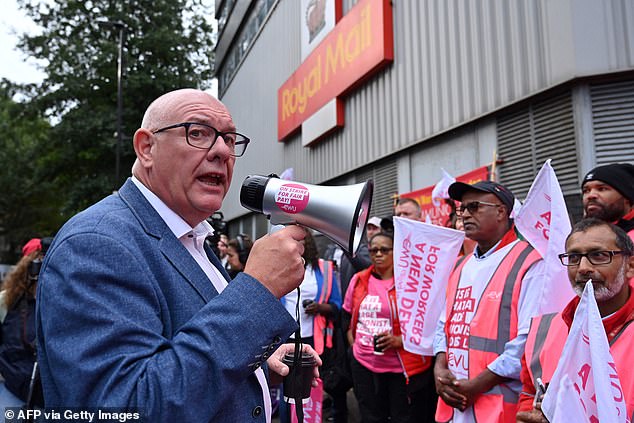 ‘We will not stand by and see the Royal Mail Group become the next P&O but we need your backing to win.’

Royal Mail said that the Post Office is not involved in this separate dispute and that branches would remain open.

However services such as posting letters and parcels, drop and go, travel money, banking and some identity services would be affected.

And the UK will see even more disruption at the start of next month as RMT union barons will grind Britain’s railways to a halt again with a huge walkout on October 8.

A Royal Mail spokesperson said: ‘The CWU can be in no doubt of the impact its reckless pursuit of 19 days of industrial action has on our weakened financial position and the job security of its members. 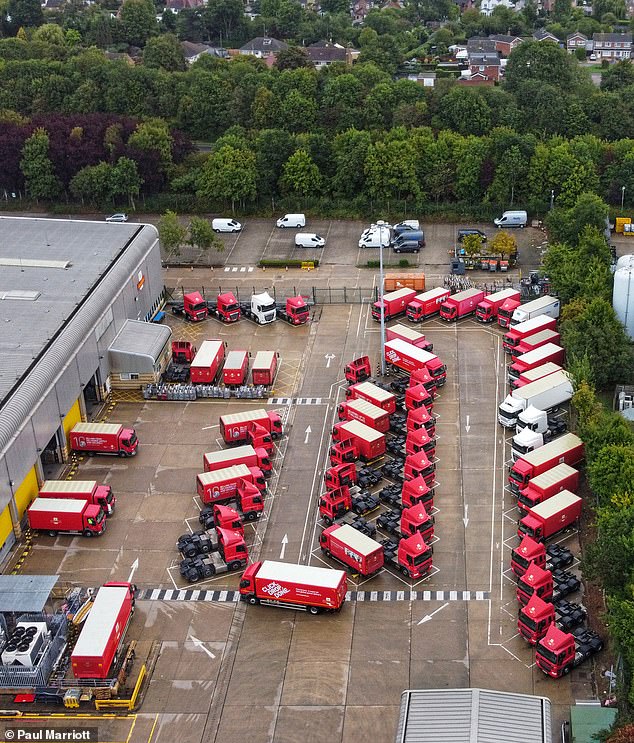 The union said the walkout by around 115,000 of its members is the biggest strike of the year amid long-running disputes in other sectors

‘Royal Mail is losing £1 million a day. We operate in a competitive market, and our customers have choices. Continued strike action will force our customers to make those choices sooner rather than later.

‘Our invitation to enter into talks through Acas remains open. Our people need the CWU leadership to recognise the reality of the situation Royal Mail faces as a business, and to engage urgently on the changes required to adapt to customer demands in a highly competitive market.

‘We apologise to our customers for the inconvenience the CWU’s continued strike action will cause.

‘We are doing all we can to minimise any delays and keep people, businesses and the country connected.’