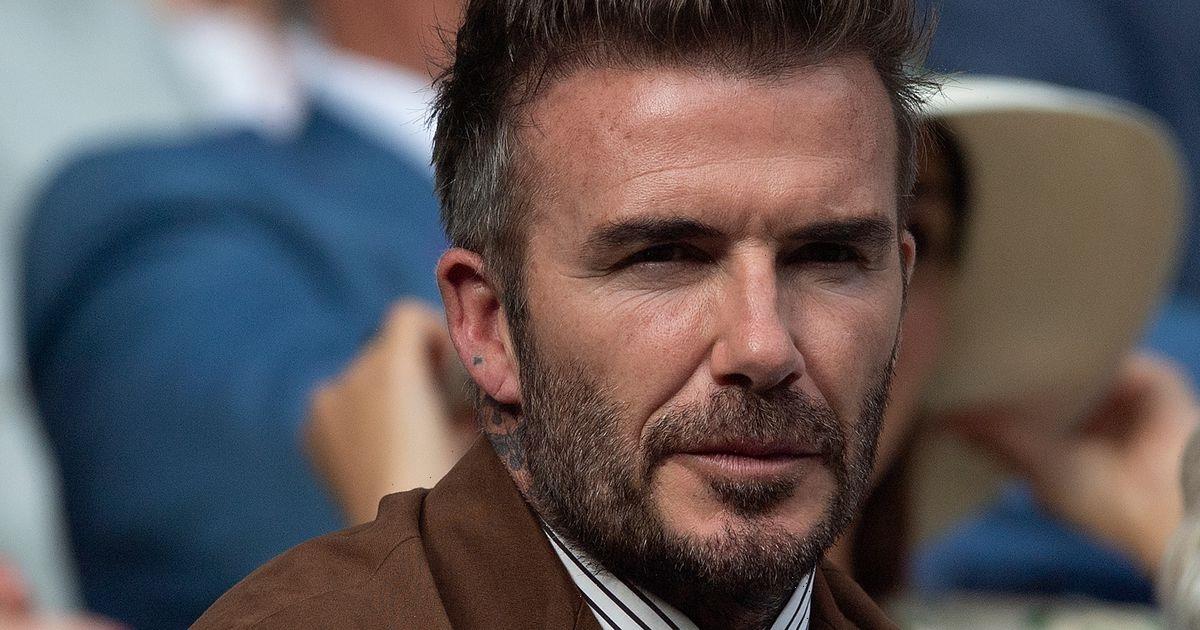 David Beckham has reportedly “read the riot act” to his son Brooklyn over the reported feud between his family and wife, Nicola Peltz.

The football icon, 47, is said to have had stern words with the aspiring chef, telling him the family is fed up of “the drama” following a recent interview by Nicola that made headlines.

Nicola's recent interview with Grazia magazine, in which she spoke about why she didn't wear a wedding dress designed by Victoria, 48, is said to have been the main reason for David’s stern talk with his son.

READ MORE: Victoria Beckham shows off killer figure as she works up a sweat in tight gym gear

The Beckhams have never confirmed there is a feud between themselves and Brooklyn, 23, and Nicola, 27, but rumours have spread far and wide since the couple's glamorous wedding last earlier this year.

The Ex-England captain is believed to have told Brooklyn: "What happens next is up to you, but we are done with the drama."

The source went on: "David was really appalled by the Grazia interview because it seemed to be washing the family dirty linen in public and he said that [Brooklyn’s brothers] Romeo and Cruz are also hurt by it."

While speaking to Grazia USA earlier this month, Nicola appeared to hint that there may have been some tension surrounding the wedding dress debacle.

“Well, I was planning on wearing Victoria’s wedding dress," she explained. "I was truly so excited to be able to wear a design that my future mother-in-law created. We connected to start designing the dress, and then a few days went by and I didn’t hear anything.

"Victoria called my mom and said her atelier couldn’t make it.

"So, I spoke to my mom and Leslie [Nicola’s close friend and stylist, stylist Leslie Fremar], and I was like, ‘Well, unfortunately, this can’t happen, so what’s the next step?’"

Nicola added that reports that said she never planned to wear a Beckham dress "hurt her feelings", insisting: "I try not to let it, but it’s just not the truth.”

To get more stories from Daily Star delivered straight to your inbox sign up to one of our free newsletters here.