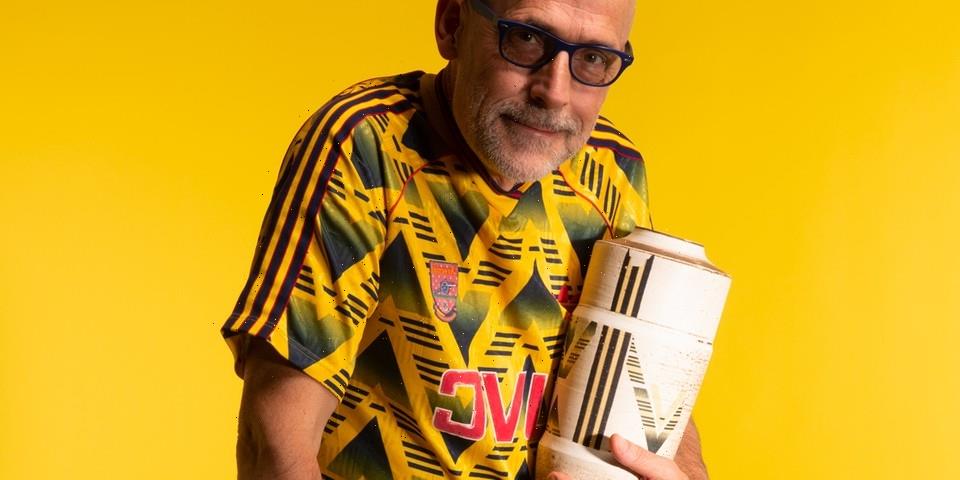 Bruised banana. Barcelona in Kappa. That United away kit. Over the past 30 years, the colors and patterns of football shirts have become just as iconic as the clubs themselves. Lev Rosenbush is an artist, model and former athlete who is one of the many people who took inspiration and recently created a series of work titled Football and Fandom Reimagined: A Ceramic Exploration.

Born and based in Brooklyn, Rosenbush first explored pottery while simultaneously playing goalkeeper in high school. He would carry the passion for both in college as the intersection of football, fine art and fashion continued to blend. “Classic football shirts shape soccer culture, as well as global street fashion,” said Rosenbush in a statement. “Staggeringly loud patterns plastered across club jerseys, such as those referenced in my own work, took off during the early 1990’s. In this first ceramic collection, I draw inspiration from that period of bold color, pattern, and outstanding design.”

While the first collection focuses on some of the world’s biggest clubs, the second returns to the grassroots by tapping New York’s Bowery FC. The resulting ceramic pieces are made to mirror a special retro-inspired kit made for the club by Only NY and GRAILED. Legendary U.S. Men’s National Team goalkeeper, Tim Howard, even came to say hello.

Both ceramic series are explorations at this stage, but you can expect to see purchasable versions soon.