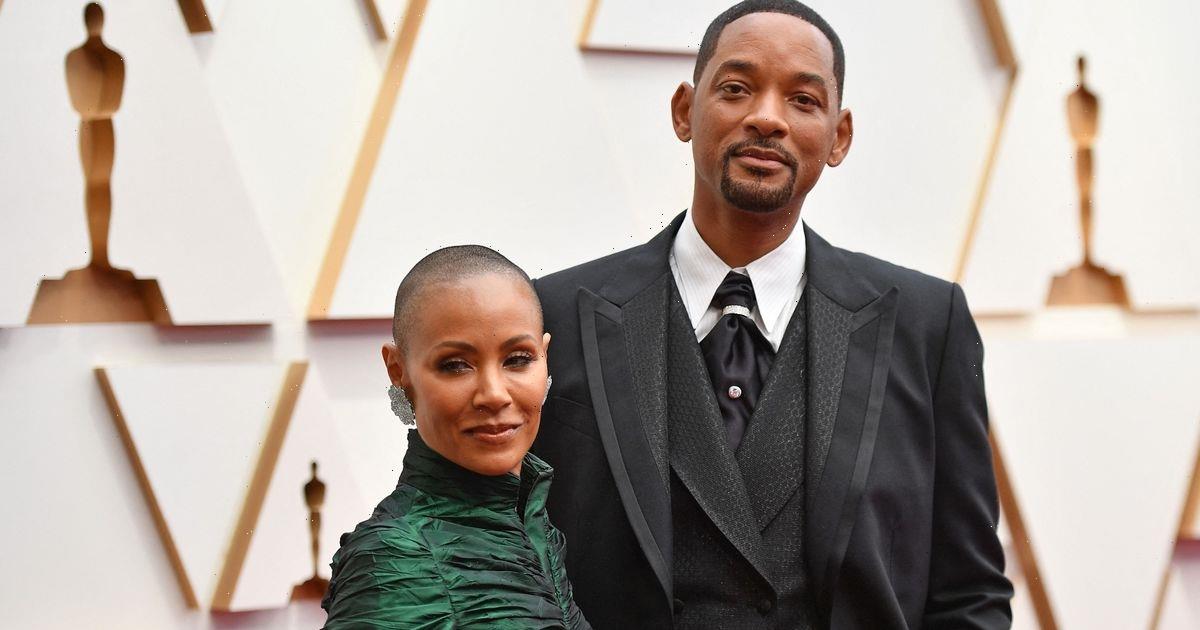 Will Smith is turning 54 today (September 25); the legendary actor first rose to fame back in the 1990s with his breakout role on The Fresh Prince of Bel-Air, and has gone from strength to strength in his acting career since.

But the past year has been a controversial one for the actor, after he became the centre of attention for his dramatic and violent altercation with Chris Rock at this year's Oscars.

The incident, which saw him hit the comedian for a joke Rock made about Smith's wife, thrust Jada and Will's relationship into the spotlight once again, following years of explosive revelations about their marriage.

As he celebrates his birthday, here's everything you need to know about Will's relationship with Jada Pinkett Smith, including the rumours surrounding their open relationship and how they are doing now.

When did Will Smith and Jada Pinkett Smith get married?

Will and Jada first crossed paths in 1994 when she auditioned to play his girlfriend on The Fresh Prince of Bel-Air – and although Jada didn't get the role, the couple quickly became friends.

At the time, Will was married to Sheree Zampino and they had a son named Trey. However, the couple divorced in 1995 and Will began dating Jada that same year.

In 1997 the pair tied the knot in a private ceremony on New Year's Eve.

But it seems that it was far from a dream wedding, with Jada later admitting on her Red Table Talk show in 2018 that "it was a horrible wedding" and recalling "crying down the freaking aisle”.

The actress claimed that she only went through with the wedding because she was pregnant with the couple's first child, Jaden, at the time.

“I was under so much pressure. Being a young actress, being young and pregnant. I didn’t know what to do, but I knew I never wanted to be married.”

The couple welcomed their son in 1998 and also went on to have daughter Willow in 2000.

Are Will and Jada in an open relationship?

For years, Will and Jada's high-profile relationship has been subject to rumours that the couple have an open relationship.

The rumours spiralled in 2013 when in an interview with HuffPost Live, Jada said: "I’ve always told Will, ‘You can do whatever you want as long as you can look at yourself in the mirror and be okay'.

“Because at the end of the day, Will is his own man. I’m here as his partner, but he is his own man. He has to decide who he wants to be, and that’s not for me to do for him. Or vice versa.”

The comments caused people to believe that the pair had an open relationship, but Jada went on to deny the rumours in a lengthy statement posted to Facebook.

She wrote: "Here is how I will change my statement…Will and I BOTH can do WHATEVER we want, because we TRUST each other to do so.

"This does NOT mean we have an open relationship…this means we have a GROWN one."

However, their relationship continued to have ups and downs and the pair were rumoured to have split in 2015.

At the time, the couple denied the split but in an explosive episode of her Red Table Talk in 2020 Jada admitted to beginning an "entanglement" with August Alsina in 2015, but claimed that their relationship took place during a period of separation between her and Will.

Alsina had claimed that Will had given his "blessing" to the relationship but Jada clarified "the only person who can give permission in that particular circumstance is myself".

As the relationship came to light it sparked further rumours that Jada and Will had an open relationship, and last year Will admitted to GQ that his marriage to Jada was not monogamous.

He explained: “Jada never believed in conventional marriage.… Jada had family members that had an unconventional relationship. So she grew up in a way that was very different than how I grew up.

He went on to confirm: "We have given each other trust and freedom, with the belief that everybody has to find their own way. And marriage for us can’t be a prison."

The author of the GQ article also revealed that while it wasn't discussed in the 2020 Red Table Talk episode, it wasn't just Jada having other sexual relationships.

"A viewer could have walked away thinking that Jada was the only one engaging in other sexual relationships, when that was not, Smith delicately explained to me, in fact the case."

How is the relationship between Will Smith and Jada now?

Just as talk about Jada and Will's unconventional relationship appeared to be settling down, their marriage was thrust into the spotlight once again when Will made headlines for slapping Chris Rock at the Oscars after he made a joke about Jada.

The explosive scene saw the actor take to the stage to hit the comedian after he referred to Jada as “G.I. Jane", before returning to his seat where he continued to shout at Rock: "Keep my wife's name out your f**king mouth".

Will later apologised for his actions and explained them saying: "A joke about Jada’s medical condition was too much for me to bear." However, he denied allegations that Jada had made him confront Rock.

Despite the dramatic incident and the ups and downs of their relationship over the past few years, Jada and Will's marriage appears to still be holding strong, with Jada recently sharing footage of her celebrating her birthday with Will and other family members.

Jada also revealed earlier this month that she's set to be joined by Will's ex-wife Sheree on her Red Table Talk show for the latest series.