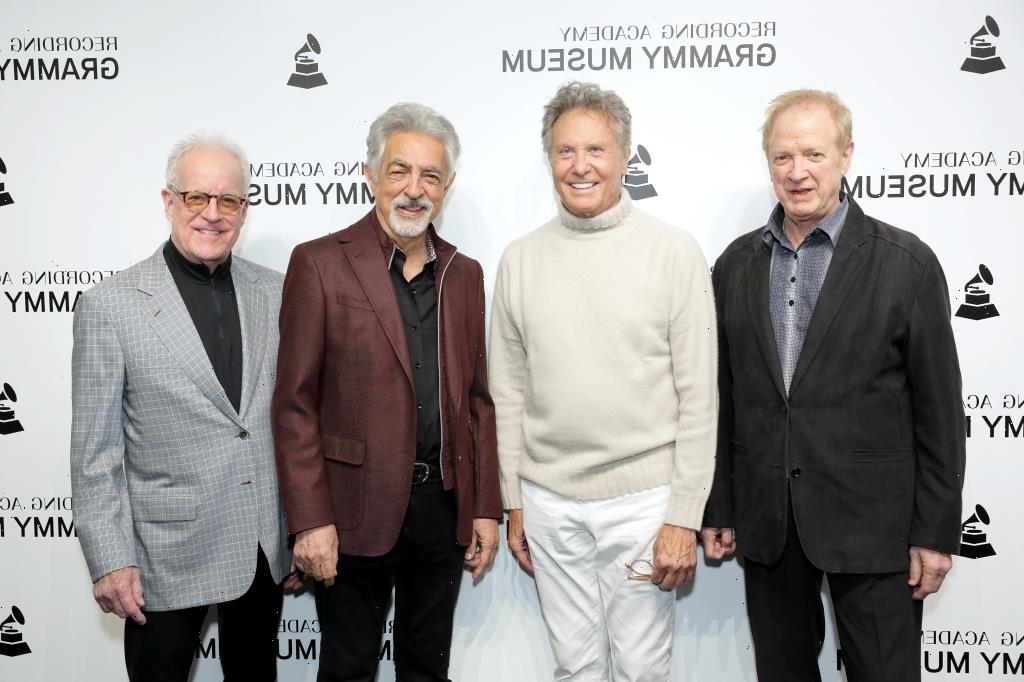 As the new documentary on the Rock and Roll Hall of Fame group puts it, Chicago is “The Last Band On-Stage,” marking its 55th anniversary since its founding in the city of the same name in 1967. The feature film is the second about the band from director Peter Curtis Pardini, who also helmed 2016’s “Now More Than Ever: The History of Chicago,” and catches us up on the last six years, the title referring to their 18-month absence due to the pandemic after a final performance on March 14, 2020 at Las Vegas’ Venetian before everything shut down.

From the members’ beginnings as part of Windy City cover bands to their incarnation as Chicago Transit Authority on their groundbreaking debut, the band has had 28 different members over the years, with only vocalist/keyboardist Robert Lamm, trumpet player Lee Loughnane and trombonist Jimmy Pankow remaining from that original lineup. Their contemporaries include Joe Mantegna, now the star of TV’s “Criminal Minds,” but then just a member of fellow Chitown cover group the Apocryphals — hence his presence as narrator of the documentary, and moderator of a recent panel hosted by the Grammy Museum in L.A., joining the three band mainstays in front of an audience of adoring fans.

With a 38th Chicago album, “Born for This Moment,” just released in July on BMG, Lamm, Loughnane and Pankow are conducting a victory lap that began with their much-belated induction into the Rock and Roll Hall of Fame in 2016 and the Songwriters Hall of Fame (Lamm and Pankow with Peter Cetera) the following year. Museum board member Jimmy Jam, an admitted longtime fan since “Saturday in the Park,” was on hand to introduce them, reminiscing about how he played drums alongside Prince back in junior high in Minneapolis, with the young guitar phenom reproducing note for note the late Terry Kath’s solo on “Make Me Smile.”

Several other audience members emotionally testified during the hourlong Grammy Museum presentation, one after the other recalling how the band’s music marked momentous occasions in their lives, including one admirer who proposed marriage to the sound of “Beginnings.”

How did they maintain their distinct identity over the years with all the personnel changes, wondered Mantegna?

“When we bring someone new in, they’re usually familiar with our music and their idea of how to play it,” said Loughnane. “So we let them. We provide the arrangements, and we allow them to put their personalities into it. And that’s how the band keeps getting better.”

“The current lineup is arguably the best supporting cast we’ve ever had,” agreed Pankow. “You keep things fresh, weed out what doesn’t work and evolve. We’re having more fun now than we ever had.  I look on both sides of the stage and see Cheshire cats. What makes this music is the people who play it.”

“They all really know the songs when they arrive,” adds Lamm. “They have respect for the body of work, and are willing to ask questions and learn.”

Along with New York’s Blood, Sweat and Tears, Chicago Transit Authority was the first rock band to incorporate horns into its sound, starting with that ’67 double-album debut on Columbia Records. (Their first three releases, in fact, were all double albums, and their fourth was a quadruple live LP capturing their week-long series of performances in April 1971 at Carnegie Hall.) Produced by mentor James William Guercio, the debut CTA album featured such classics as Lamm’s Top 10 hits “Does Anybody Really Know What Time It Is?” and “Beginnings,” as well as the double-sided single “Questions 67 and 68” backed with their soaring cover of the Spencer Davis Group’s Steve Winwood-penned “I’m a Man.”

After shortening their name due to a legal dispute with the actual Transit Authority, “Chicago II” featured a seven-part, 13-minute Pankow-composed suite, “Ballet for a Girl in Buchannon,” which yielded a pair of Top 10 hits in “Make Me Smile” and “Colour My World,” both sung by Kath. Lamm’s “25 or 6 to 4,” describing a writing session in the wee hours of the morning, was the band’s first Top 5 hit, sung by Peter Cetera. “Saturday in the Park,” which mixes everyday life with the band’s “revolutionary” politics, helped “Chicago V” reach No. 1 on both the pop and jazz charts, and the band continued to dominate until disco slowed their progress in the late ‘70s, marked by the tragic death of Kath in 1978 from a self-inflicted gunshot wound with a weapon he didn’t realize was loaded.

Producer David Foster’s arrival in 1981 spurred the group’s transition into a power ballad group, with a new label in Full Moon/Warner Bros, a new keyboardist/singer/guitarist in Bill Champlin and the group’s second chart-topping Hot 100 single, “Hard to Say I’m Sorry/Get Away” (its first was the Cetera ballad, “If You Leave Me Now” from 1976’s “Chicago X”). By 1984, Cetera was the impetus for the band’s best-selling album to date, “Chicago 17,” which used regular numbers for the first time and produced four hit singles, “Stay the Night” (#16), “Hard Habit to Break” (#3), “You’re the Inspiration” (#3) and “Along Comes a Woman” (#14), earning three Grammys before Cetera left the group to launch a solo career in ’85,

The band’s constantly mutating lineup and longevity are the subjects of the new doc which spotlights how the members coped with COVID, Loughnane building a studio in his Sedona, AZ, home (echoing their roots at Guercio’s Caribou Ranch in the Rocky Mountains of Colorado), and showing them recording their 38th and most recent album, “Born for This Moment.” The release includes the bittersweet “If This Is Goodbye,” which starts off, “Just a bunch of crazy kids / Look at all the things we did / Never thought it’d end like this,” and concludes, “If this is goodbye / Let’s sing one more song for the memories” as the members confront their own destinies.

The Chicago journey has not been without its tragedies – from the loss of founding member Kath to the Alzheimer’s diagnosis for longtime sax player Walter Parazaider, who has been off the road since 2017, but still considered a member. “The Last Band On-Stage” shows them doing what they love to do – playing live to their fans — as they contemplate an uncertain future.

Of “If This is Goodbye,” Lamm said, “It was striking close to home. People have to say goodbye.”

“At some point, we’re going to bid farewell, and this song captures the feeling of that eventuality,” Pankow admits in the doc. “This may be the last album… Mortality is a reality.”