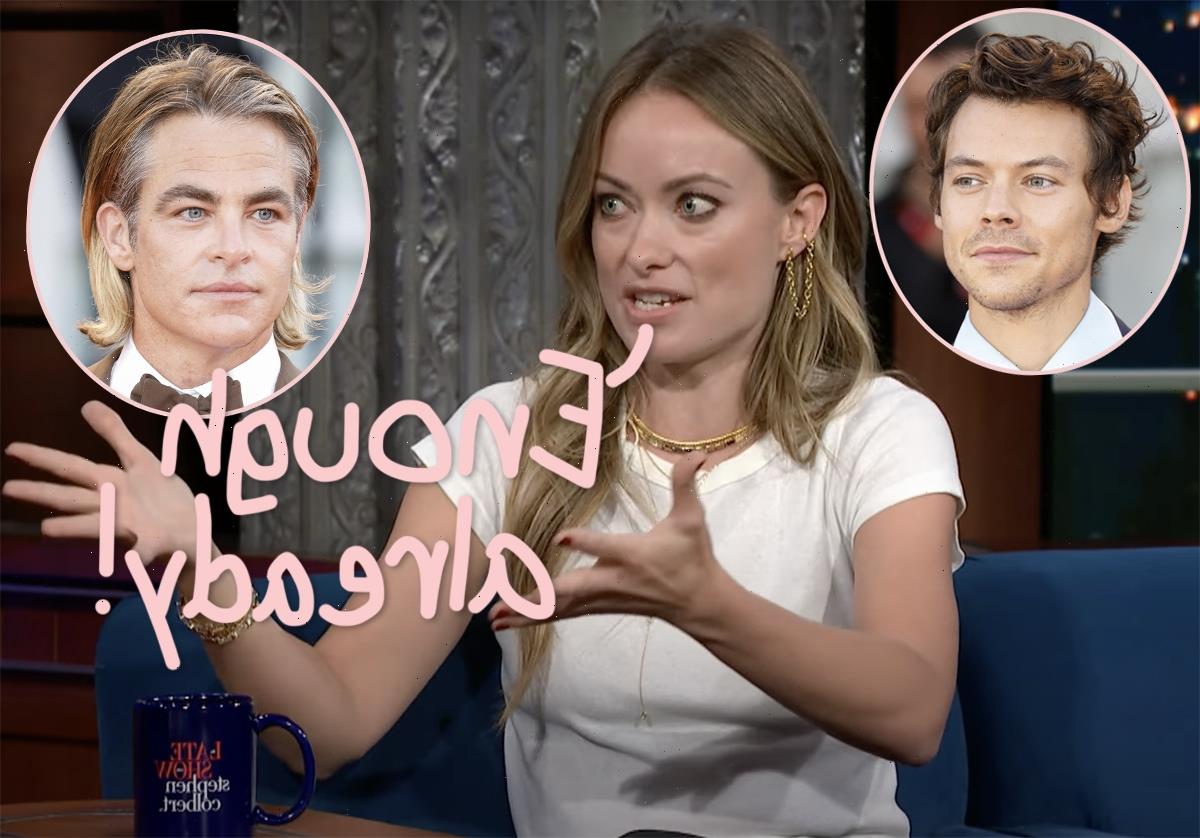 Olivia Wilde is having her say about a very persistent social media rumor.

As Perezcious readers will recall, Twitter went apes**t earlier this month over video footage from the Venice Film Festival premiere of Don’t Worry Darling. A clip appeared to catch Harry Styles spitting on co-star Chris Pine while the two were seated in the viewing gallery. The footage went mega-viral following weeks of rumors about Wilde’s alleged on-set rift with star Florence Pugh, and her sordid handling of Shia LaBeouf‘s removal from the film.

In the aftermath, Pine’s rep denied that he was spit on, calling the rumor a “ridiculous story” and a “complete fabrication.” Styles found time to joke about it, too. Days after the incident, during a concert in NYC, the former One Direction frontman quipped he had “popped very quickly to Venice to spit on Chris Pine” before returning to perform. LOLz!

Now, the Booksmart filmmaker is getting her say on the matter. And she wants to clear up the bull s**t! The 38-year-old director sat down with Stephen Colbert on Wednesday evening for an interview on The Late Show, and tried to put the rumor to bed once and for all. She said:

“He did not . I think it’s a perfect example of people who look for drama anywhere they can. Harry did not spit on Chris, in fact.”

Colbert needled her, joking that viewers “would see” whether that was really true following the movie’s release. But Olivia stuck to her guns:

Seems simple enough to us!

She used the opportunity to set the record straight on EVERYTHING related to Don’t Worry Darling!

Later in her chat with the former Colbert Report star, Olivia explained why she removed Shia from the film. Being diplomatic about it, she explained her initial take on the controversial actor’s lack of chemistry with co-star Florence Pugh:

“Early on in the process of making the film, as the director, I tried to mediate a situation between people to try to see if they could work together happily. Once it became clear that it was not a tenable working relationship, I was given an ultimatum. I chose my actress, which I’m very happy I did. At the time, was I bummed that we weren’t able to make it work? Sure. Did information come to light later that made me confident we made the right decision? Absolutely.”

Choosing her words carefully, Olivia wouldn’t totally answer Colbert’s question about whether Shia was specifically fired from the film. Instead, she said:

“We had to replace Shia. He is a fantastic actor but it wasn’t gonna work. And you know, when he gave me the ultimatum of him or Florence,  I chose Florence, and that was him feeling he was stepping away and me feeling like we were moving on without him It’s a question of semantics.”

You can watch that exchange (below):

More interesting stuff happened earlier in the day on Wednesday. That morning, Wilde was a guest on The Kelly Clarkson Show to talk to its eponymous host about Don’t Worry Darling, as well. As she promoted the flick to Kelly Clarkson, Olivia explained her regrets over having to deal with the “soap opera” aspects of the public’s social media behavior:

She also tried to remove herself from some of the toxicity that thrives on Twitter and Instagram, saying:

“I’m not on the internet, I’m not on Instagram… I think that really helps, focusing on what’s real, your trusted circle of friends, what’s real, things that make you happy, people you love, people who love you. Just keeping your mind in what’s real, I think that’s how I get through it… I think, ‘God, it could be a lot worse. We’re alive and everything’s going to be OK.’”

And she came with the big guns, too! The House alum referenced Michelle Obama‘s famous quote about rising above bullying, telling Clarkson:

“It’s so tempting and then I think of Michelle Obama , ‘They go low, we go high. They go low, we go high.’ I try, but it’s hard. And I think, ‘What am I modeling for my kids? How do I want my daughter in high school to deal with bullies?’ I want her to just keep her eye on the prize and keep going and ignore the noise. … It’s just a losing battle. Once you get sucked into it, it eats you up. But yeah, of course, it’s tempting. That’s why you have your friends and have your pillow to scream into and everyone else.”

Wilde has really worked hard to push through what she sees as film industry double standards, too. She spoke to the American Idol alum about her experiences as a female director:

“I think that you find that everywhere. Every woman can kind of relate to that. … Being a female director, there’s not many of us, so I’m prepared from that. I think that when it hurts me is sometimes when it’s coming from another woman, and I’m like, ‘Can we just give each other the benefit of the doubt and just have each other’s backs?’ Wouldn’t that be great?”

“The coverage always seems to be different. I am envious of my male colleagues in the way that they seem to be able to live their lives without as much judgment. … But in the end, I’m just lucky to have this job. I’m so grateful for it. The coverage, again, it’s just noise. If I get stuck up on it, I’ll get distracted, so I just blast through.”

Olivia also used her time with Kelly to play down rumors of her supposed on-set feud with Pugh. Calling the actress and the rest of the cast “amazing,” she told the daytime TV talker:

“I saw Midsommar with Florence, and then I met her and I was like, ‘That’s it. Lights out. She’s our lead.’ She’s outstanding. I mean, she’s unbelievable. We’re so lucky to have her as a lead. She’s the heart of the film. She’s also, like, an action hero… She’s incredible.”

She didn’t hesitate to praise her own boyfriend — the film’s leading man — as well! When it came to the former boy band lead, Olivia explained:

“I think musicians are always good… Musicians, you guys commit. You can’t not commit. … Harry was no different. It was so professional and so committed and such a joy.”

You can see the full interview (below):

Don’t Worry Darling is set to hit theaters on Friday, so the much-anticipated movie (and all of its seemingly endless behind-the-scenes drama) is about to face even more public consumption and critique. Will U be watching, tho, Perezcious readers?? Share your take on everything Wilde had to say down in the comments (below)! 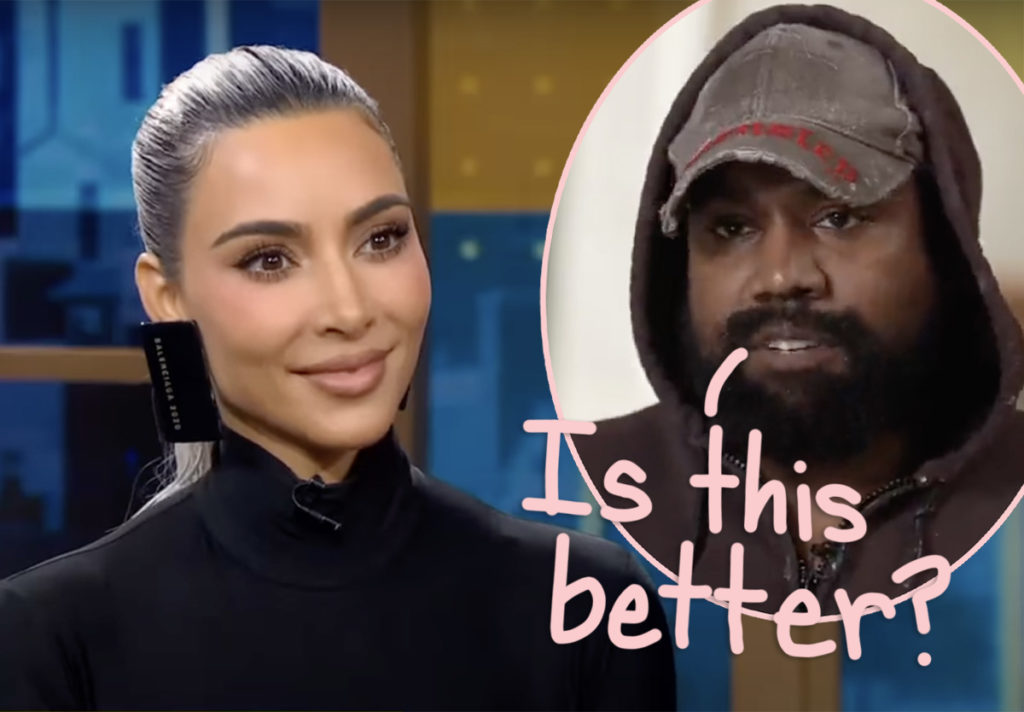 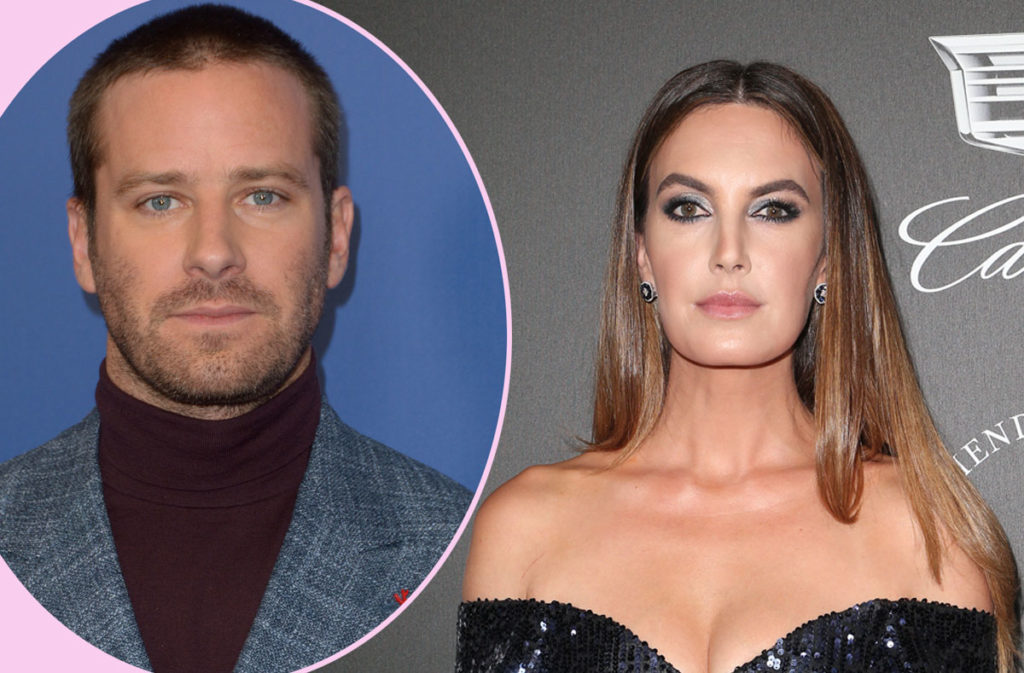 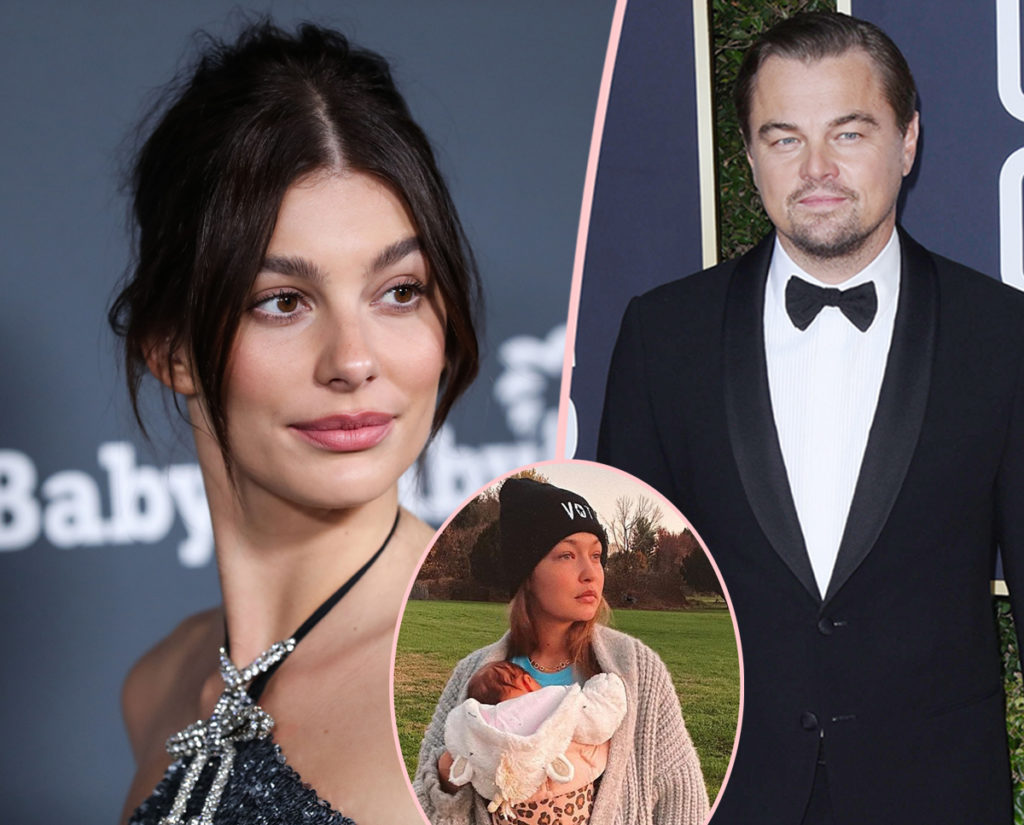 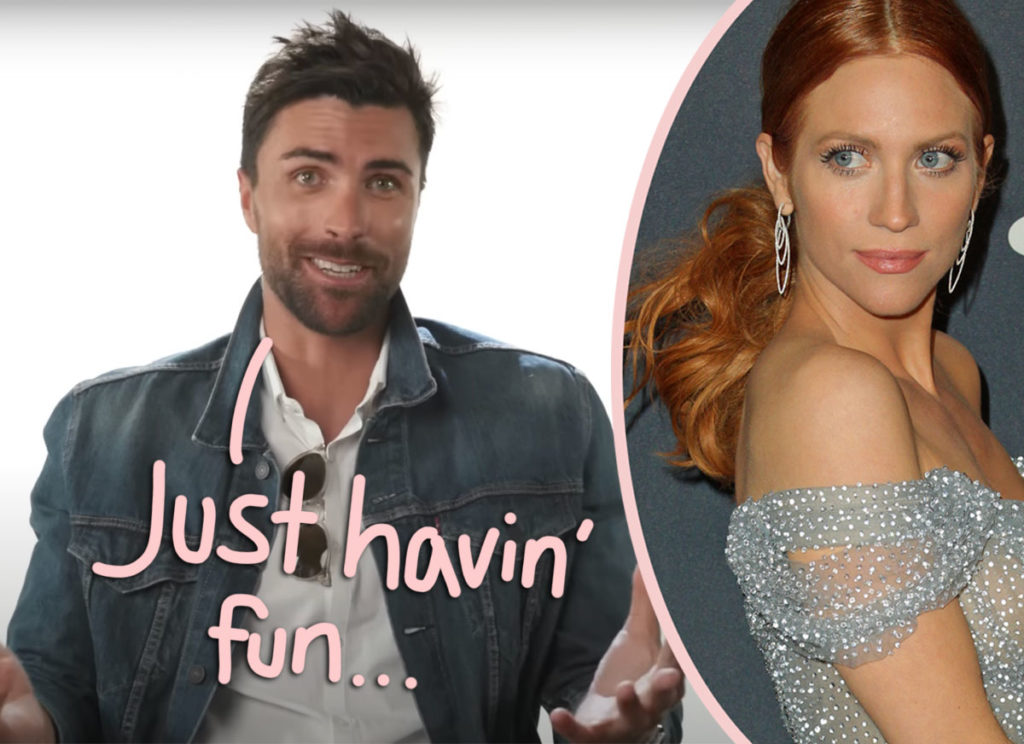