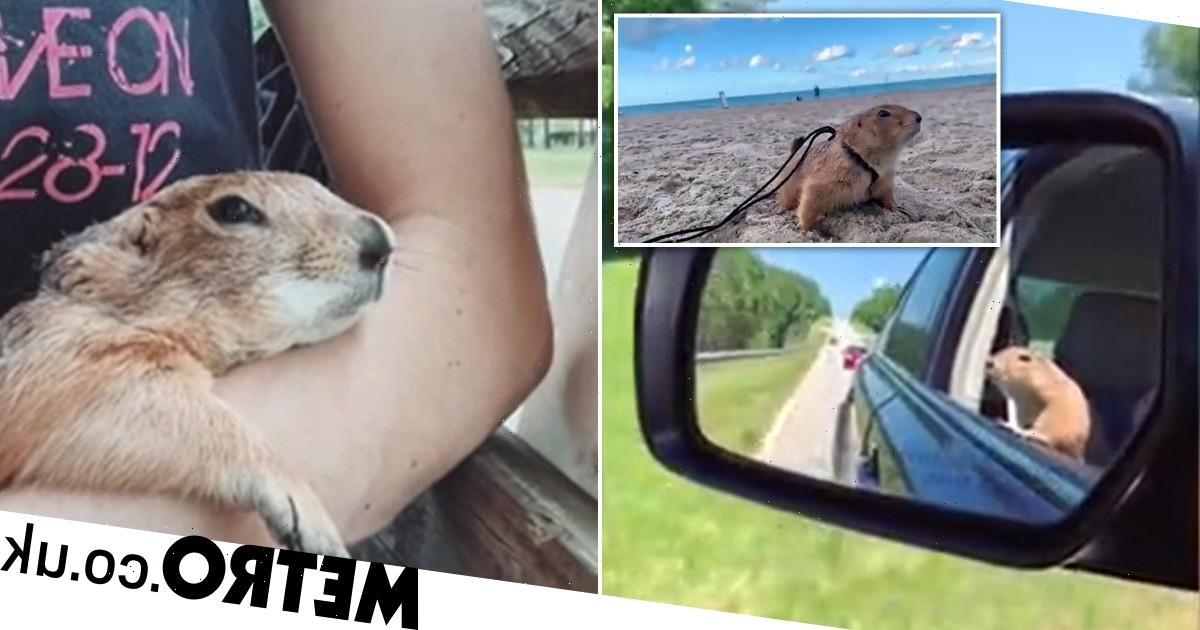 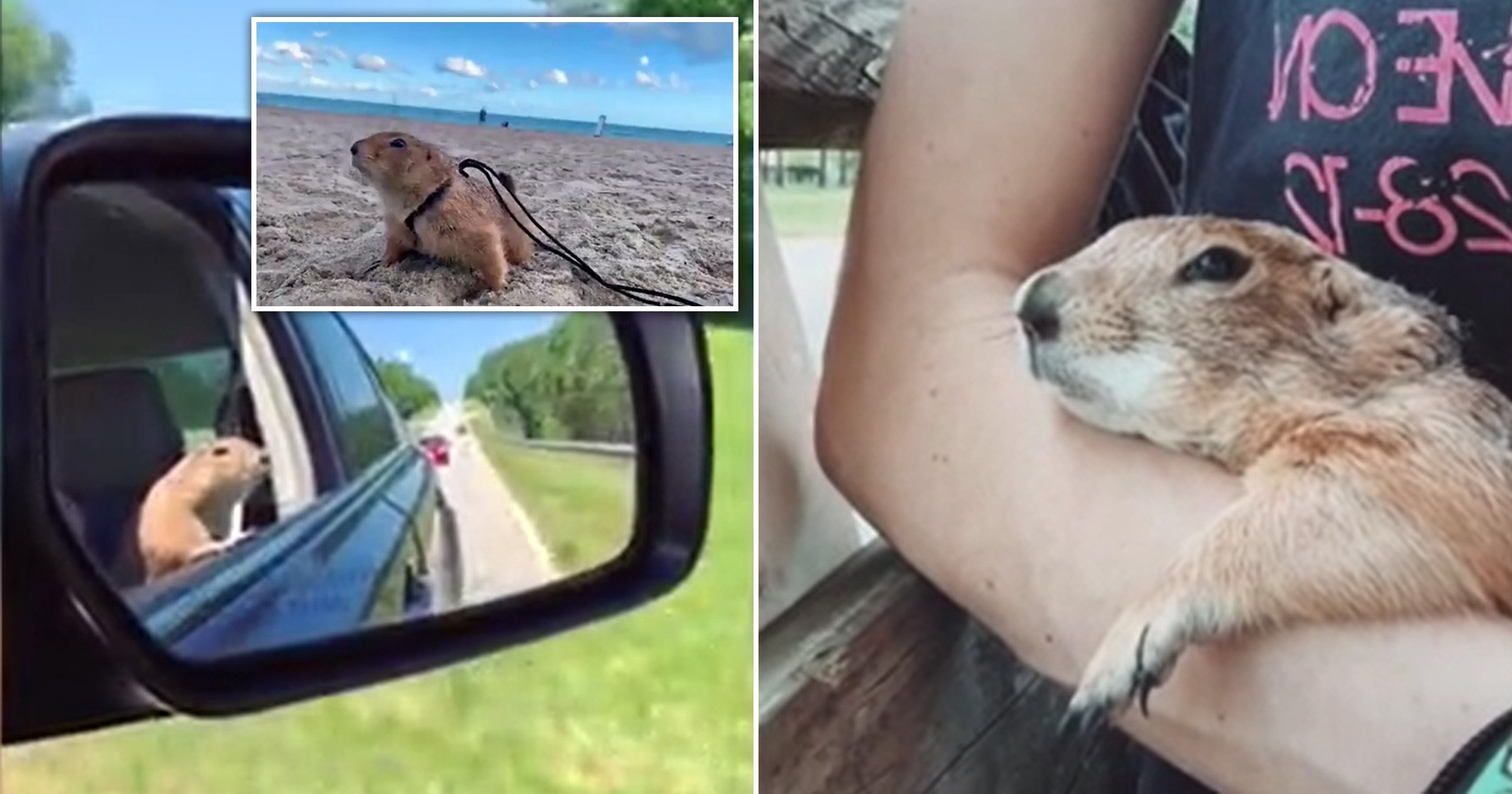 He might not be the most traditional pet, but Doug the domesticated prairie dog is living his best life with his devoted owner.

One-year-old Doug loves to cuddle in bed with owner Sarah Deluca, who took in the rodent after finding him in a pet store in Pensacola, Florida when he was just a two-month-old pup.

The 27-year-old, who works as a private tutor in Gainsville, takes Doug on road trips and plane journeys across the US as the pair go exploring together.

Sarah, who describes Doug as a loving pet, says she simply couldn’t live without him.

She said: ‘He is very cuddly and very affectionate. #’Whenever you go over to him, he’s always excited and happy for the attention.’

However, taking in Doug wasn’t straightforward.

Keeping the prairie dog both contained and safe wasn’t without its challenges when she first rehomed him, as she underestimated his need to explore.

Now the duo are closer than ever and spend their days cuddling in bed, sharing snacks and exploring every corner of the US together.

Sarah has even started training Doug to use a rabbit harness, which he loves and wears to go on adventures.

She said: ‘I take him with me wherever I go. He sleeps in my bag and can wander around on the leash if he wants too.

‘We went to the Smoky Mountains recently and climbed a mountain together. He was SO impressed by the mountains!’

She took him home in early 2021 and Doug lives (almost) peacefully with Sarah’s other pet, an eight-year-old cat called Tulip, with whom he has a ‘brother/sister relationship’.

Sarah said: ‘Tulip’s shy, so their relationship is mostly Doug chasing her around the house.

‘She’s really tolerant and they never fight – but she’ll give him a swat when she has to!’

Although Doug is technically a wild animal, the Florida Fish and Wildlife Conservation Commission (FWC) states that residents don’t need a permit to possess a prairie dog as a pet.

Sarah said that domesticated prairie dogs have double the life expectancy of wild ones, which are subject to hunting, habitat destruction, predator animals and many more dangers.

She said: ‘I would like people to know that Doug’s life is better than it would have been in the wild. He enjoys life – he gets lots of love and attention.’