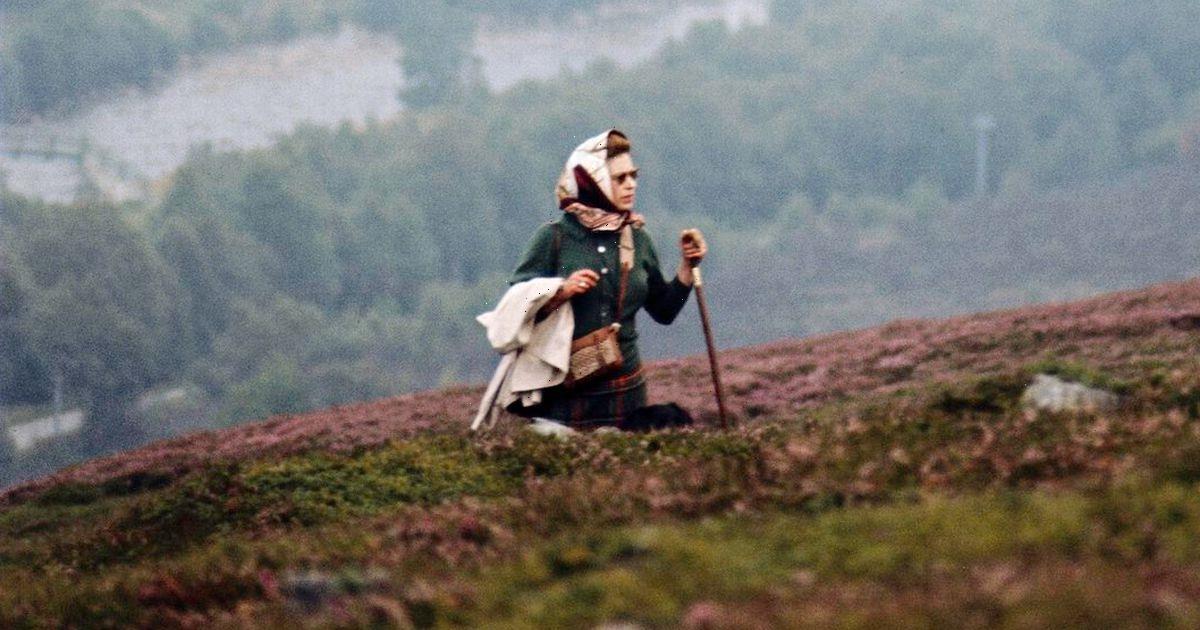 The Royal Family have shared a final unseen photograph of Her Majesty the Queen after she was laid to rest on Monday 19 September.

People from across the globe tuned in for the Queen’s historic state funeral, which drew to a close yesterday evening as she was laid to rest alongside her husband Prince Philip.

Following her final journey, the Royal Family shared an unseen photograph of the late monarch alongside a meaningful Shakespeare quote that was used by King Charles III in his first public address as King.

In the photo, a younger Queen can be seen enjoying nature as she walks along what looked to be the Scottish Highlands.

Queen Elizabeth II had a jacket rested over her arm, as she donned her statement head scarf paired with sunglasses.

Alongside the photograph, the Royal Family’s Twitter page wrote: “‘May flights of Angels sing thee to thy rest.’”

In his first speech as King, he paid tribute to his mother, saying: “To my darling Mama, as you begin your last great journey to join my dear late Papa, I want simply to say this: thank you.

“Thank you for your love and devotion to our family and to the family of nations you have served so diligently all these years.”

“May ‘flights of Angels sing thee to thy rest’,” he concluded.

While the country’s state of national mourning has come to an end, the Royal Family will continue to mourn for the rest of the week.

King Charles III decreed on September 9, the day after the Queen died following her 70-year reign, that a period of mourning would be observed until seven days after the funeral.

Buckingham Palace said: “Following the death of Her Majesty the Queen, it is His Majesty the King’s wish that a period of royal mourning be observed from now until seven days after the Queen’s Funeral.

“Royal mourning will be observed by members of the royal family, Royal Household staff and representatives of the Royal Household on official duties, together with troops committed to ceremonial duties.”

The family members are not expected to carry out official engagements, and flags at royal residences will remain at half-mast until 8am after the final day of royal mourning.