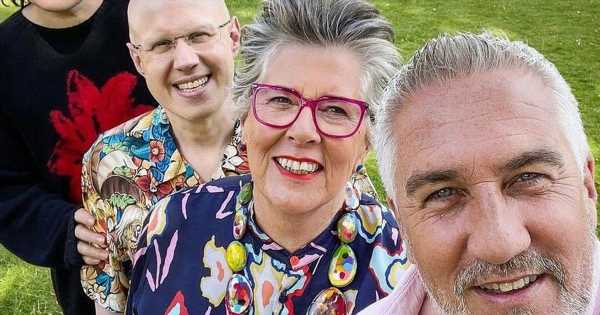 Great British Bake Off made a triumphant return to our screens last week, with a fresh batch of budding bakers ready to battle it out to be crowned this year's winner.

Avid GBBO fans might have noticed that the show's famous white baking tent was in a different location to the last couple of years, and it's been revealed why.

Although to some newer fans of the show, the scene might seem brand new, but in actual fact, filming of the show has returned to Welford Park in Berkshire – a Grade-I listed stately home – in the grounds of which it was originally filmed from 2014 to 2019.

Covid restrictions in 2020 and 2021 meant that the contestants, judges and presenters, including Noel Fielding and Matt Lucas, had to enter a 'bubble' in the lead up to filming.

Due to Down Hall in Essex being more accommodating when it came to filming under these restrictions, Great British Bake Off moved there temporarily.

One person who was thrilled about its return to its old home in Welford Park is judge Paul Hollywood.

He told the Express: "I love filming at Welford and we've been away for a couple of years.

"I sat on the grass, not far from the tents. It's a very reflective place and Bake Off's been a big part of my life for quite a while now. It's lovely being back. I felt totally chilled out and relaxed."

Noel Fielding and Matt Lucas are back presenting this year's show, whilst baking pros Paul Hollywood and Prue Leith will be judging the efforts of the amateur bakers.

The show's return to TV was welcomed last week, after many scheduled programmes including the return of Strictly Come Dancing, were changed to accommodate for round-the-clock coverage of the Queen's death.

However, Channel 4 decided to air the 2022 series and launch episode of Bake Off as planned on Tuesday 13 September at 8pm. The move was largely welcomed by fans of the show as viewers took to social media to thank both Bake Off and Channel 4 for giving them a "comforting" moment away from the emotional news coverage at the moment.

Taking to Twitter, one person said: "Oh, I'm so glad to see #GBBO back! The last few months have been so rough, it is so comforting to be back!" Another follower wrote: "With everything that's happened recently, Bake Off is just that showstopper I needed to help me get through the week. #GBBO."

A different viewer said: 'I've had a rubbish week so far. Really needed this. #GBBO."