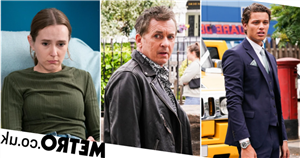 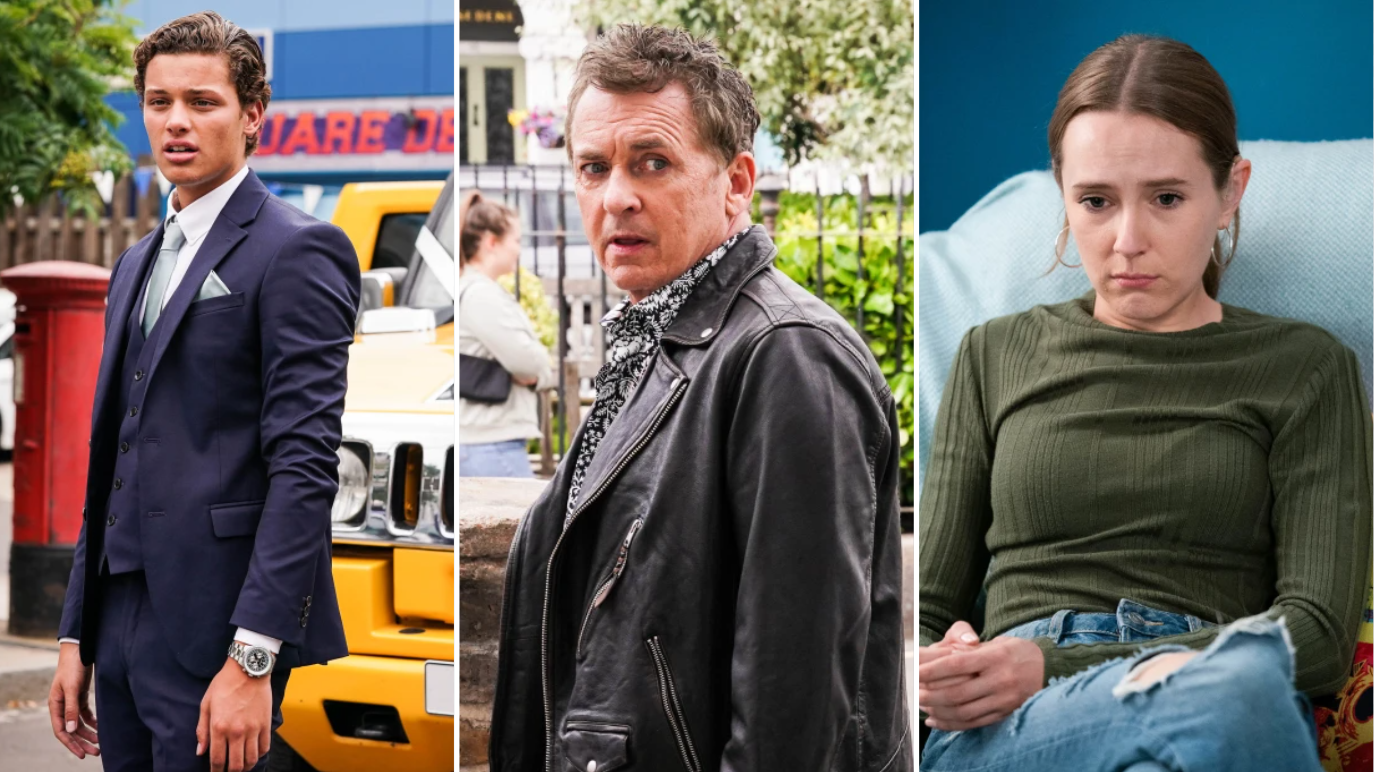 During the coverage of Queen Elizabeth II’s death, EastEnders, Coronation Street and Emmerdale were constantly removed from and altered in schedules.

This meant that the soaps were behind and had to air multiple episodes at different times – it was all very confusing!

Now the nation’s period of mourning is over, today marks the day where things slowly start returning to normal.

If you struggled to keep up with all the EastEnders changes then do not worry, as we’re here with everything you need to know about life in Walford recently.

The biggest focus of recent EastEnders episodes was the return of Alfie Moon (Shane Richie).

Perfectly timed as always, Alfie arrived back in Walford on the day of Kat’s (Jessie Wallace) wedding to Phil (Steve McFadden).

Alfie wanted Kat to see that marrying Phil would be a mistake, but she wasn’t prepared to listen.

Fortunately, thanks to Alfie finding Bert and Ernie on his canal boat, Kat had no choice but to see her ex again.

With this being Alfie Moon, things weren’t exactly smooth sailing (pun very much intended) as when Kat realised the boat wasn’t able to start, she jumped into the canal and swam ashore, certain she would still be marrying her man.

As Alfie’s returning week continued, many of the Albert Square residents were pleased to see him back but one person he needs to reconnect with is Tommy (Sonny Kendall), who now knows Alfie isn’t his biological dad.

Of course, Kat and Phil’s wedding didn’t go to plan, what were you expecting?

Alfie aside, Sharon (Letitia Dean) was another person ready to try and stop the couple from tying the knot.

In the church, Sharon was honest with Phil about her feelings, and they very nearly kissed – and then Kat arrived.

Kat didn’t become the next Mrs Mitchell by the end of the day, but she and Phil agreed to reschedule the wedding, which gives Sharon and Alfie the perfect opportunity to woo their ex-partners and win them back.

Frankie (Rose Ayling-Ellis) faced a horrific ordeal after spending time at a nightclub with her friends.

The beloved character chose to leave early and return home on her own, but she was followed by a creepy man who had already assaulted her on the dancefloor.

Thanks to a passer-by intervening, Frankie managed to make it home but was heartbroken by Mick’s (Danny Dyer) reaction, who was focused more on her not being physically hurt rather than the fact a woman couldn’t walk home on her own in the dark without being followed, fearing she would be followed or putting things in place to try and feel safer.

During the aftermath, Jack (Scott Maslen) told Frankie that getting a conviction will be hard, which left Mick feeling helpless.

He’s got his heart set on Dotty (Milly Zero), but the feelings aren’t exactly reciprocated, as she ended up bonding with newcomer Finlay (Ashley Byam) – and then slept with him!

When Dotty confessed all, Vinny was devastated and threw her out of the house, leaving the troubled teen lost and alone for a brief period, until Rocky (Brian Conley) offered her somewhere to stay.

Billy and Honey reunited – even though he’s on bail

As Keeble (Alison Newman) continues her plan to have Billy (Perry Fenwick) put behind bars following the flashback episode that saw her convinced he’s the reason her dad is dead, there was a tiny bit of happiness for him.

Billy and Honey (Emma Barton) finally reunited after years apart – and Janet and Will were thrilled.

While it was a positive moment for the family, Billy currently remains on bail, so there’s every chance their relationship will be a short one if Keeble gets what she wants.

Freddie’s unaware of the truth

EastEnders viewers have loved Freddie’s (Bobby Brazier) arrival so far and while he’s fun, carefree and happy, he remains unaware his mum isn’t being honest with him about who is dad really is.

The newcomer is the biological son of a man called Graham Foster who raped Freddie’s mother Little Mo (Kacey Ainsworth). Billy and Mo were married at the time, but although Billy supported his wife through Foster’s trial, he ultimately couldn’t come to terms with bringing up the rapist’s child and Mo and Freddie left Walford.

As Freddie gets settled into life in Walford, someone will probably end up telling him who his father is, but will it be Billy who breaks the news?

Elsewhere, Frankie decided to formally pull Denzel (Jaden Ladega) and (Nugget Juhaim Rasul Choudhury) up on their behaviour towards Amy (Ellie Dadd), and Sharon, Shirley (Linda Henry) and Kathy (Gillian Taylforth) bonded over no longer being in a relationship with Phil, of course.