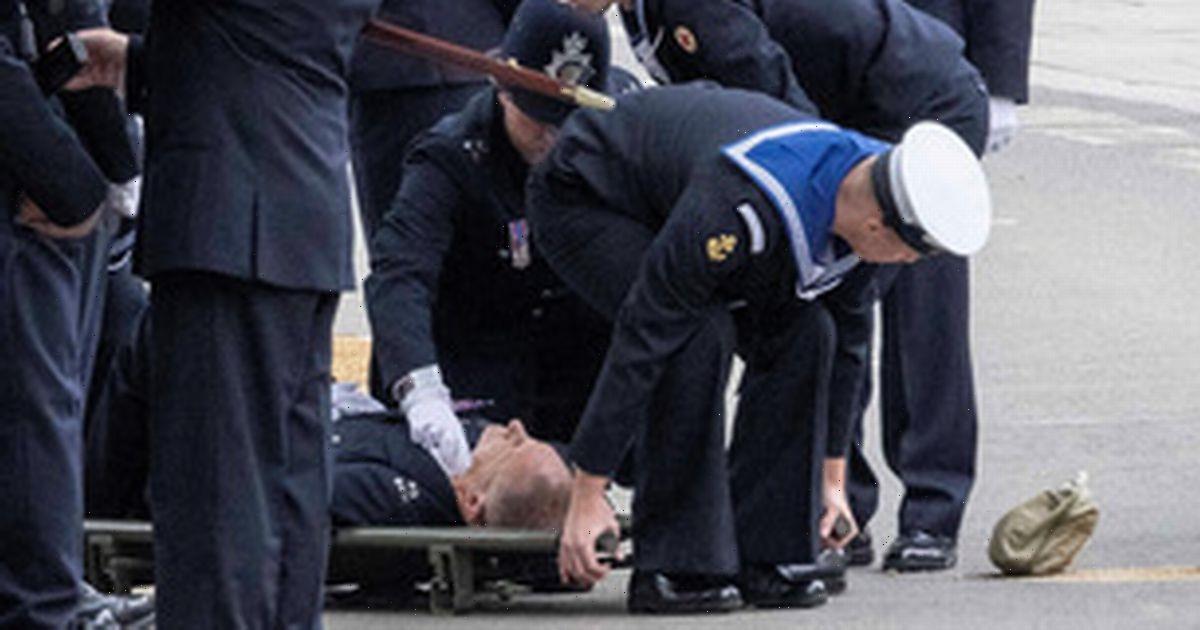 A police officer has been carried away on a stretcher during the lateQueen Elizabeth II’s funeral, after fainting while on duty along the procession route.

The officer was photographed this morning lying on the ground in Central London, following his collapse, being attended to by police colleagues and Royal Navy personnel.

He was then carried away from the scene on a stretcher by members of the Royal Navy.

It’s unclear exactly where along the route this medical emergency occurred, but it appears to have not caused any difficulty as the procession and service were able to continue without a hitch.

It’s believed that during one of the processions that at least one band member also fainted.

And these aren’t the only people to faint while on duty to the crown in recent days,with one guard collapsing in Westminster Hallduring the Queen’s lying-in-state.

The commotion happened in the early hours of Thursday morning, at around 1am, just moments before the changing of the guard.

The soldier appeared to be a little unsteady on his feet ahead of the unfortunate incident. Stepping off the podium momentarily, he regained his composure and resumed position, but just a few moments later, the same guard sadly fainted and fell from the podium headfirst into the ground.

Immediately two police officers rushed to his aid to pick him up, but the live broadcast suddenly cut out, and went to images of the Houses of Parliament to allow him some privacy during the medical incident.

Today’s funeral service saw the police and army embark on a massive security operation, with at least 10,000 police officers and 1,500 soldiers forming a six-mile wide ring of steel around central London.

Around Westminster Abbey even more security was present, with specialist firearms officers drafted in, as Heads of States from around the world attended the funeral service.

Following the end of the service, another procession took place throughout Central London, as thousands of emotional mourners looked on.

The state hearse will then deliver the coffin to Windsor Castle, as the Queen departs London for the last time.

Security personnel will also be present along this route with police spotters scanning the crowds from temporary towers set up along the Long Walk.

Her Majesty will be laid to rest in St George’s Chapel in Windsor, next to her beloved late husband Prince Philip, Duke of Edinburgh.