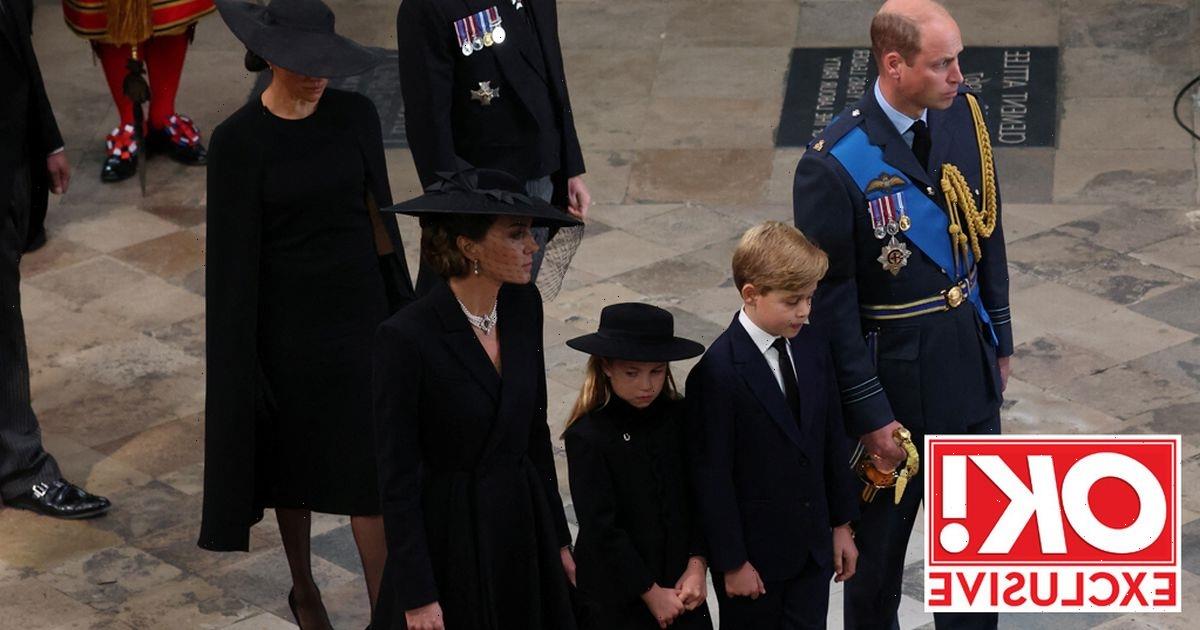 Among the royal family paying tribute to the late Queen Elizabeth were her great-grandchildren George and Charlotte who attended the emotional service at Westminster Abbey to say to their goodbyes to "Gan Gan".

And while entering and leaving the historic Abbey, the young royals were noticeably not holding hands with their parents , the Prince and Princess of Wales. This was a deliberate move body language expert Judi James said, to "register maturity."

"Kate and William seemed confident enough to be as hands-off with their children as possible," Judi explained to OK!.

"And George clearly wanted to register his maturity by walking beside his father with his arms by his sides rather than holding hands, while Charlotte dropped her mother’s hand to walk solemnly with her hands clasped in front of her torso."

It was an emotional day for George, nine, and seven year old Charlotte, who also formed part of the royal procession as the Queen's coffin was carried into the religious venue.

In moving scenes, George was spotted wiping away tears as he sat next to his father for the service. In a moving moment Sophie Wessex put a comforting arm around him.

After Monday morning's service, Charlotte was seen sobbing as her mum Kate Middleton comforted her. Many viewers at home were also touched by seeing the young royals during the state funeral.

“Seeing Prince George and Princess Charlotte so heartbroken has got the tears flowing”, posted one viewer on Twitter.

George looked very smart wearing a navy suit, while Charlotte is dressed in black, with a hat that sweetly matches her mum's choice of headwear. However, their younger brother, Prince Louis was absent from the service.

This comes after Kate revealed her youngest son is 'struggling to understand' his Gan-Gan's death.

Opening up to Governor-General of Australia David Hurley about her children’s reactions to their great-grandmother’s death, the Princess of Wales said that the young Prince Louis was struggling to understand things

Recalling what she told him, the Governor-General said: “The younger one is now asking questions like, 'do you think we can still play these games when we go to Balmoral?' and things like that, because she's not going to be there.”