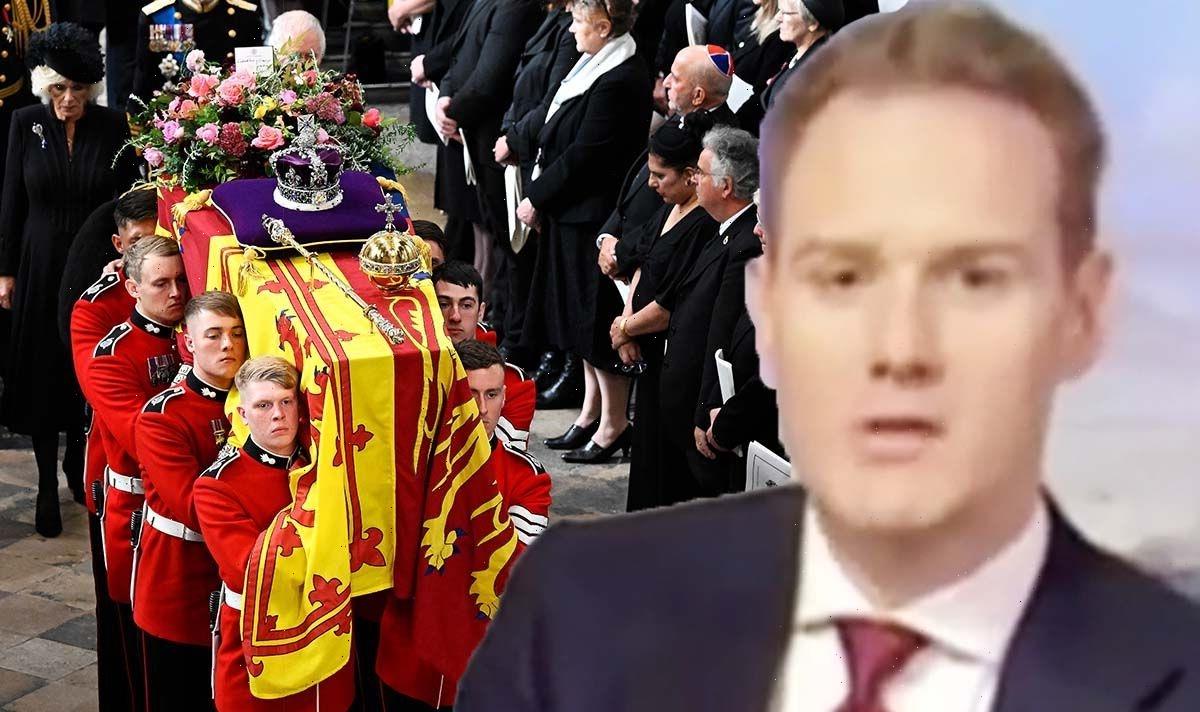 Dan Walker, 45, took to Twitter earlier today to commentate on Queen Elizabeth II’s funeral as the nation bid farewell to Her Majesty. The Channel 5 News broadcaster admitted to his 774,000 followers he had “held his breath” in crucial parts of the solemn ceremony.

Dan uploaded a picture of the pallbearers carrying the late monarch’s coffin as he commended them over their role.

He penned: “I don’t know about you but I held my breath for most of this part… well done lads.

Other social media users took to Dan’s tweet to heap praise on the young pallbearers. 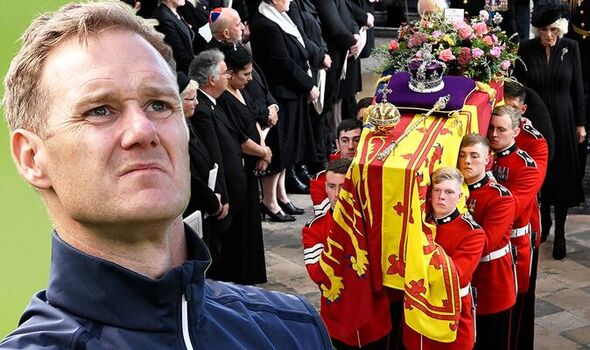 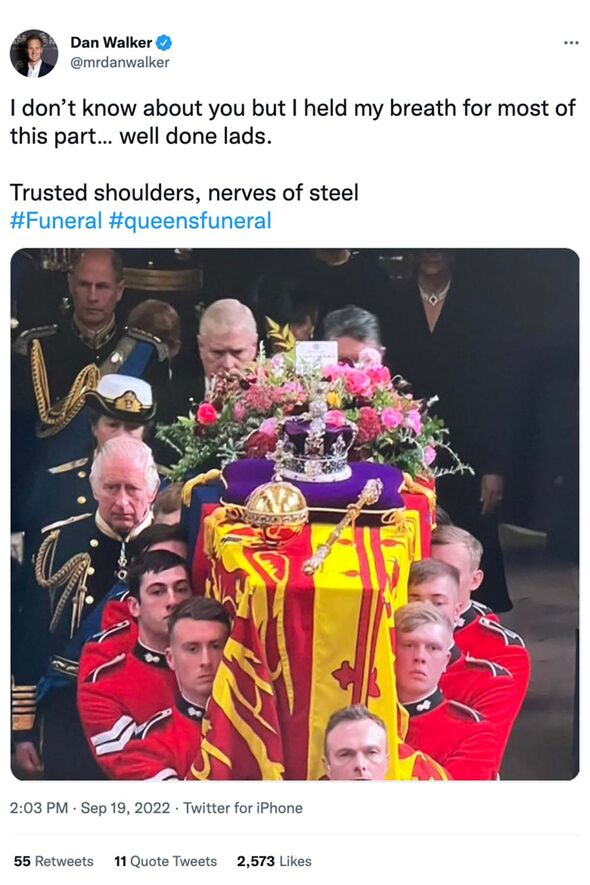 “The pressure of carrying out this duty must have been immense.”

Susan301807 added: “How proud must the families of those guys be.

“What an incredible honour.” 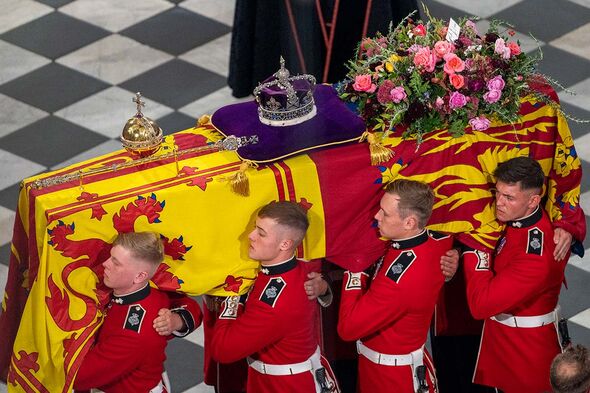 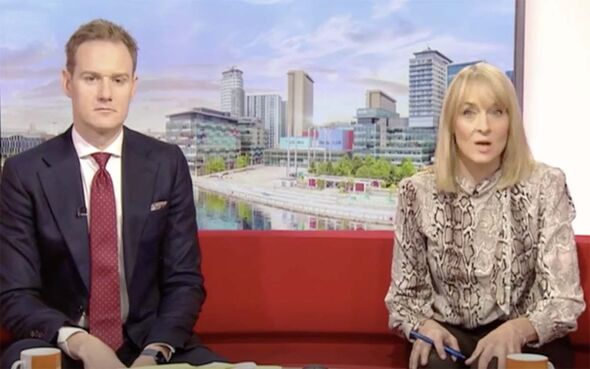 Rollocs tweeted: “Her Majesty’s own soldiers, from (and as a Scots Guardsman I say this through gritted teeth!) the senior Regiment of Foot Guards and indeed, The Queen’s Company itself.

“There couldn’t have been a better choice. Well done those men.”

Vixfrets typed: “They did brilliantly. I was on edge about that golden orb tho.

He took to Instagram yesterday to answer questions from fans, with one person asking if he’d “play the press card or join the queue” to see the Queen lying in state.

In response, Dan said: “The whole point is that it’s a shared event.

“The wait, the slow walk, the memories are all a part of it.”

This Morning set the record straight on their Instagram page on Saturday, explaining that Holly and Phillip were allowed to skip the queue for work purposes.

In view of their 2.5 million followers, they wrote: “Hello everyone, we would like to clarify something.

“We asked Phillip and Holly to be a part of a film for this Tuesday’s programme.

“They did not jump the queue, have VIP access or file past the Queen lying in state, but instead, were there in a professional capacity as part of the world’s media to report on the event.”