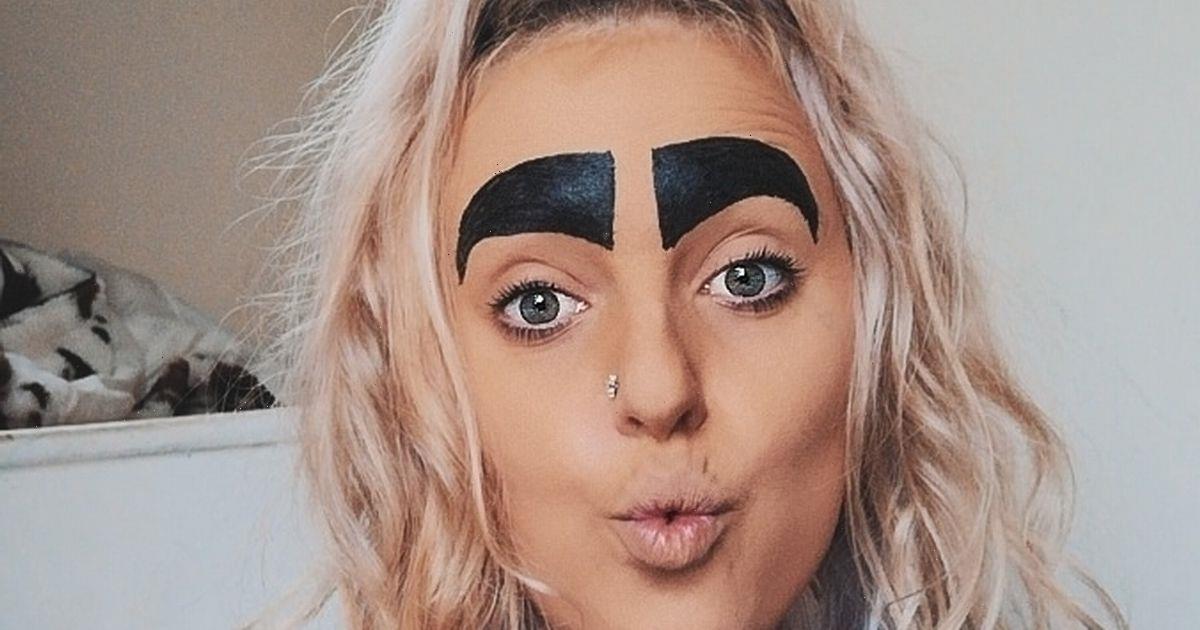 A mum infamous for having “Britain’s biggest eyebrows” has taunted trolls who said she could never find love.

Keyboard warriors wrote to Sammie-Jo Hailford to say her massive brows would inspire blokes to run away.

But the Grimsby mum-of-two has shared a viral video on TikTok responding to the negativity – with her new boyfriend making an appearance too.

In it, she is seen happily dancing with Bailey Pike alongside the comment “you could never get a boyfriend with those eyebrows”.

She then used the cheeky caption: “I beg to differ darling.”

One fan replied: “Might draw mine on the same get me self a chap.”

Another said: “Of course she’s got a boyfriend, she’s gorgeous.”

A third added:” You show them girl.”

After posting the clip, Sammie-Jo, 27, spoke with the Daily Star and said she’d been with Bailey for seven months.

She laughed: “When I've done done TikToks with Bailey they are shocked how I’ve gotten a boyfriend because of my eyebrows.

“I would say the brows are not popular with men to be honest.”

But Sammie-Jo’s popularity soared earlier this year after an exclusive interview with the Daily Star where she revealed trolls call social services on her.

She also opened up about how she started the eyebrow movement to challenge unrealistic beauty standards and to highlight how fickle the “be kind” brigade can be.

Her social media campaign is called ‘BROWS’, which stands for “beauty redefined or we suffer”.

And as for those who mock her love life, she said: “Don’t judge. All they see is messy makeup and big eyebrows. They don't see what's beneath and that's the problem.

“They are so controlled by image and what beauty should look like they can't even be kind to someone unless they are somewhat attractive to them and that is a very worrying concept.”

Thankfully for Sammie-Jo, she also has an army of supporters and her TikTok page has garnered 2.5million likes.

And alongside nice comments online, she also has the full backing of her boyfriend.

She said: “He is super supportive when it comes to the brow movement.

“He’s just in general very supportive towards me in anything that I would want to do. He’s got involved a couple of times on my TikToks and lets me do his eyebrows and makeup.

“He sees the funny side of it and we have both had lots of fun getting him involved.”

Sammie-Jo was also in the news last month after a bonkers row with former glamour model Katie Price who she accused of being a bully.

This was after the Loose Women star shared a Facebook post about her with a confused raised eyebrow emoji.

Hundreds of comments suggested Katie was “encouraging” an onslaught of Sammie-Jo who once revealed a troll threatened to kill her daughter.

Speaking afterwards, she said: “She is supposed to be an advocate for bullying online and hates her son being bullied etc and then she goes on to publicly bully someone else or allow that to happen on her page. It's not very professional.

“I wouldn't really say I was a massive fan of her before but I didn't dislike her when I saw her on Loose Women and heard her talk more. I genuinely thought she was down to earth and a normal person.

“I always thought she got more hate than she deserves but after seeing this on me and how she's sharing things of another woman and basically mocking her look and allowing that to happen on her page I thought was really sh**y of her.

“Women should support women no matter how they look and being an influential woman you would think they would have more of a professional outlook on things like that.”