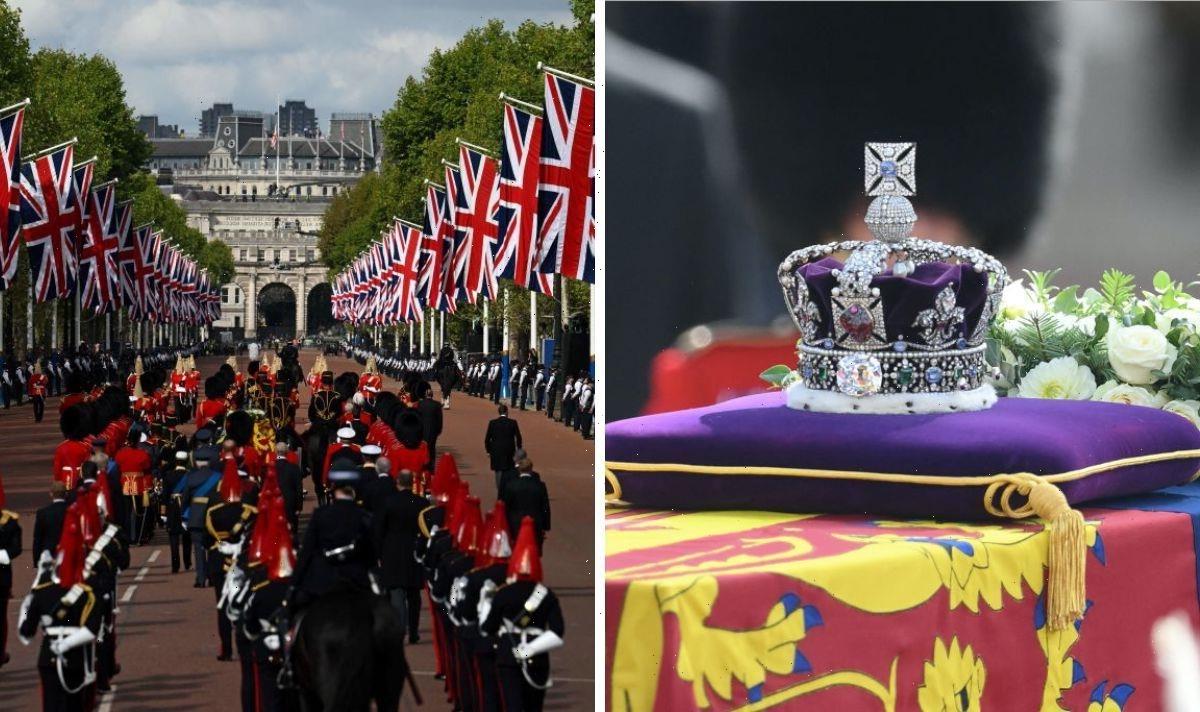 Crowds have gathered to watch the Procession to Lying-In-State on Wednesday, September 14. The Queen’s coffin was seen with the state crown placed on top of it.

The gun carriage, known as George Gun Carriage, is steeped in royal history.

It carried the coffin of King George VI, Queen Elizabeth II’s father, in 1952.

In 2002, it was also used during the Queen Mother’s funeral.

Today, it was draped in the Royal Standard and topped by the Imperial State Crown. 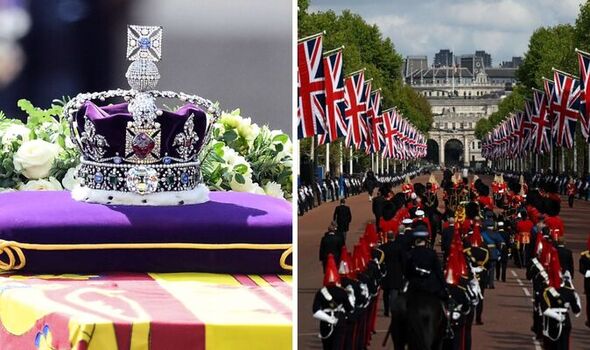 It also boasts a wreath made up of white roses and dahlias, and foliage from the Queen’s estates in Balmoral and Windsor.

The Imperial State Crown is made from a gold framework and is mounted with three huge stones.

The magnificent piece is set with 2868 diamonds in silver mounts and coloured stones in gold mounts.