Coronation Street stalwart Roy (played by David Neilson) has surrounded himself with a lot of close friends since the death of his wife Hayley (Julie Hesmondhalgh) in 2014. Many of them are those who knew Hayley, but when it comes to friends such as Nina Lucas (Mollie Gallagher) and Bernie Winter (Jane Hazelgrove), they have brought out a new light in Roy. However, in upcoming scenes, Roy becomes worried when he realises Hayley’s beloved anorak has gone missing which could leave him heartbroken if he has lost it for good.

Official spoilers reveal that next week Bernie is desperate for some extra cash and persuades Nina into giving Roy’s flat a deep clean for his birthday.

As they make their way through the flat, Bernie stumbles upon an old box of clothes and suggests that they donate them to charity.

Nina agrees but fails to spot Hayley’s iconic red anorak in the box which is being sent off out of Roy’s sight.

Hayley was well known for always wearing and taking her anorak everywhere she went with her, which is most likely why Roy still has it in his possessions. 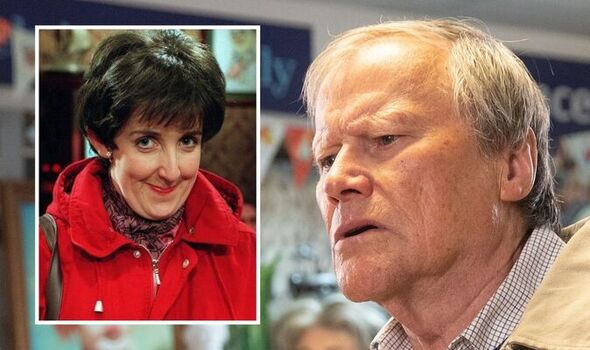 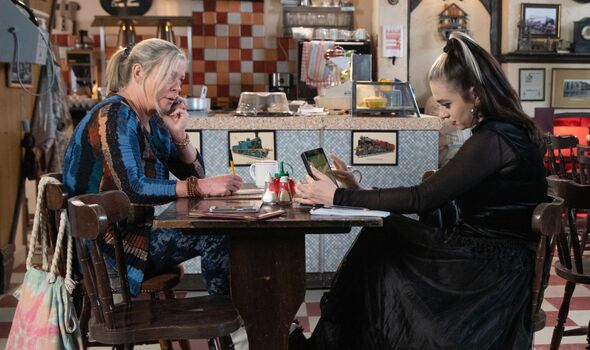 How will he react when he discovers her anorak is no longer in his possession?

Later in the week, Evelyn Plummer (Maureen Lipman) visits Roy for his birthday and hands him a model train as his present.

However, Roy recognises the set as his own and begins to wonder how Evelyn managed to get her hands on the same one.

She realises that the train set must have come from the same charity shop that Hayley’s anorak was donated to, and orders Roy to fire up the car. 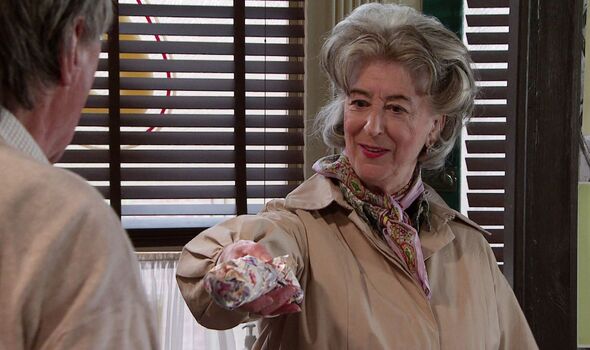 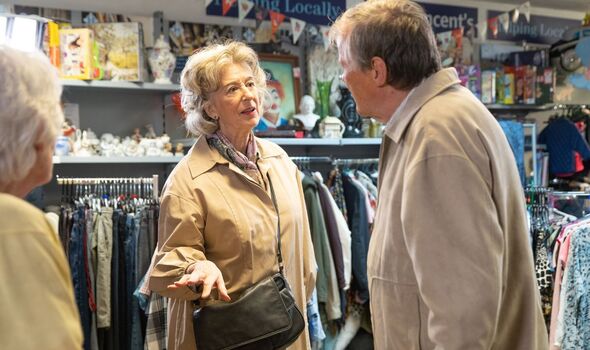 Determined not to see her friend heartbroken on his birthday and retrieve his fond memories of his wife, she marches down to the charity shop and rips the anorak off of Joy’s back.

Joy is left bewildered by the interaction with Evelyn, but the latter wastes no time in returning the iconic anorak back to its one and only owner.

Evelyn may feel like she has saved the day in returning the anorak back to Roy, but how will he react when he knows it was taken in the first place?

Roy could end up being heartbroken that Bernie and Nina didn’t ask for his permission to go through his things and end up putting their friendship on the line.

However, Roy could have already noticed that the anorak was gone and finally come to terms with parting ways with it.

Evelyn returning the item may bring out feelings that Roy has buried over the years, leaving him heartbroken on his birthday.

Will Roy be thankful for their efforts or will it backfire on them?

Hayley first appeared in the ITV soap back in 1998 and was the first transgender character in British soap opera.

Her heartbreaking death had a huge impact on Roy and viewers have seen him still grappling with losing her to this day.

Hayley passed away in Roy’s arms after drinking a lethal cocktail so that she could put an end to her suffering.

Will Roy be able to move past the anorak mishap or will it bring out more trouble than intended?