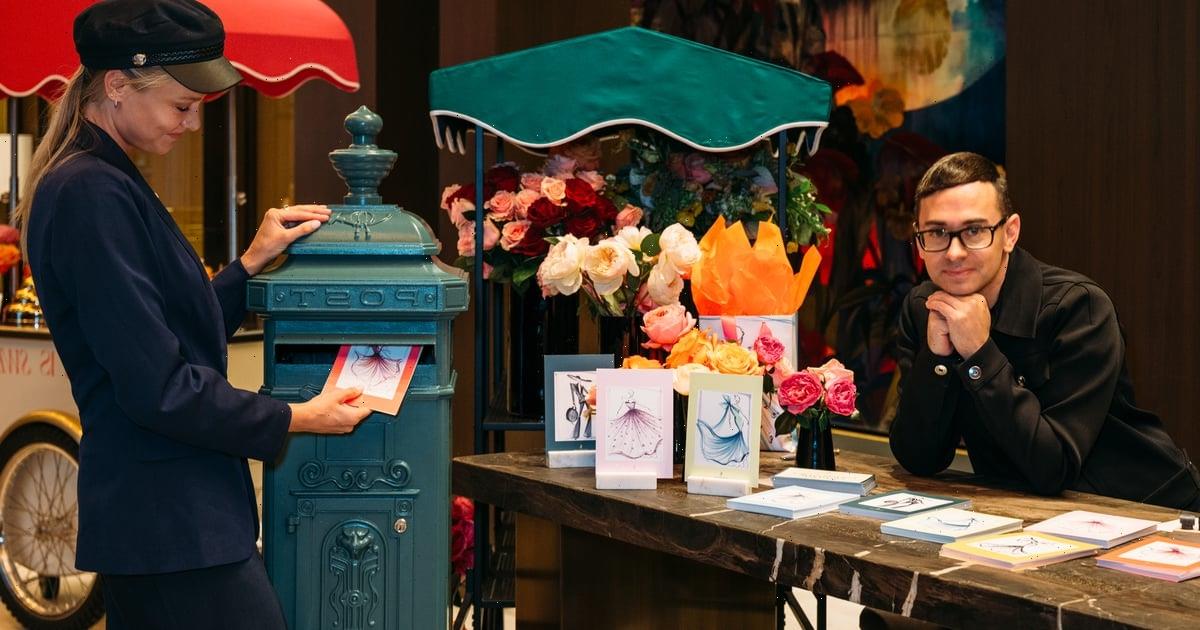 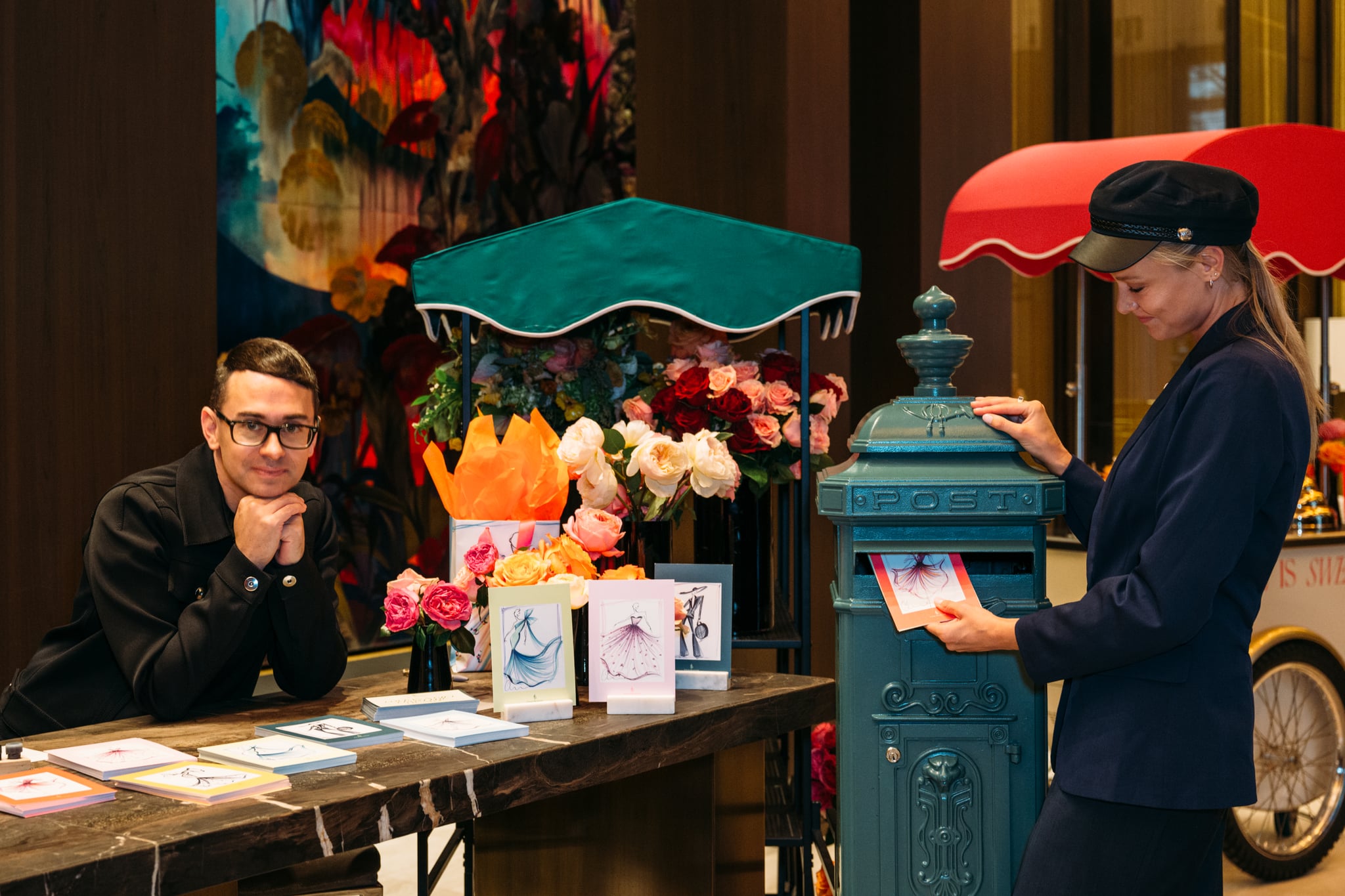 Christian Siriano doesn’t know where to begin when describing his spring/summer 2023 collection, which the 36-year-old designer debuted on September 7, kicking off New York Fashion Week.

“So many things are inspiring me right now,” Siriano tells POPSUGAR. “Young artists that have amazing abstract paintings, such as Meighan Morrison, Ewa Matyja, and Gee Gee Collins. I am also currently inspired by furniture pieces from the 1950s and 1960s.”

Siriano’s spring/summer ’23 collection isn’t just about what’s next for the warm weather months in the new year, but rather about “being inspired in the moment,” he explains. “I wanted to do something that our customer will be excited about right now, as well as stand the test of time. I love the idea of bringing beauty back into our lives with a collection of strongly tailored suits, couture-like elements, and feminine evening gowns in interesting shapes and silhouettes.”

For historical references, he studied some of the most stylish women of the 20th century, including Audrey Hepburn, Marilyn Monroe, Katherine Hepburn, Bianca Jagger, Judy Garland, Ava Gardner, and Elizabeth Taylor. The latter was more than a muse for Siriano—Taylor’s former New York City townhouse served as the backdrop for the Sept. 7 show, where editors, celebrities, and other industry tastemakers gathered to view the collection’s runway debut.

“We all have a bit of that old Hollywood glamour in us,” Siriano says. “So my hope is that the collection transports you to a different time and helps you channel your inner style icon.”

The designer has been a red carpet favorite over the years, dressing everyone from Lizzo to Lady Gaga to Michelle Obama. One major fashion moment that was particularly significant for Siriano? When Billy Porter walked the Oscars red carpet in 2019.

“Billy Porter at the Oscars in the tuxedo gown is so iconic and will always be one of the first to stick out in my mind,” he recalls. “Not only was this the first man to wear a gown on a red carpet, but it has also significantly contributed to the culture on how to dress, especially for gender bending fashion.”

In addition to his latest collection, Siriano is celebrating something else this season: a new collaboration with Four Seasons. For NYFW, Siriano partnered with Four Seasons New York Downtown on its Letters of Love experience, designing six exclusive sketches that are printed on postcards.

Fashion lovers and hotel guests alike can visit the pop-up event from Sept. 9-14 and write a postcard to a loved one. Calligrapher Viviane Rodrigues will handwrite the recipient’s address and Four Seasons will handle the postage and mailing of the postcards. Visitors can also enjoy complimentary gelato to cool off in between shows.

“I really loved partnering with Four Seasons on this project,” Siriano says. “These notecards are really beautiful and chic, and can be used in many different ways. Designing and creating is in my DNA, and it’s always exciting when I get asked to create something other than clothes.” 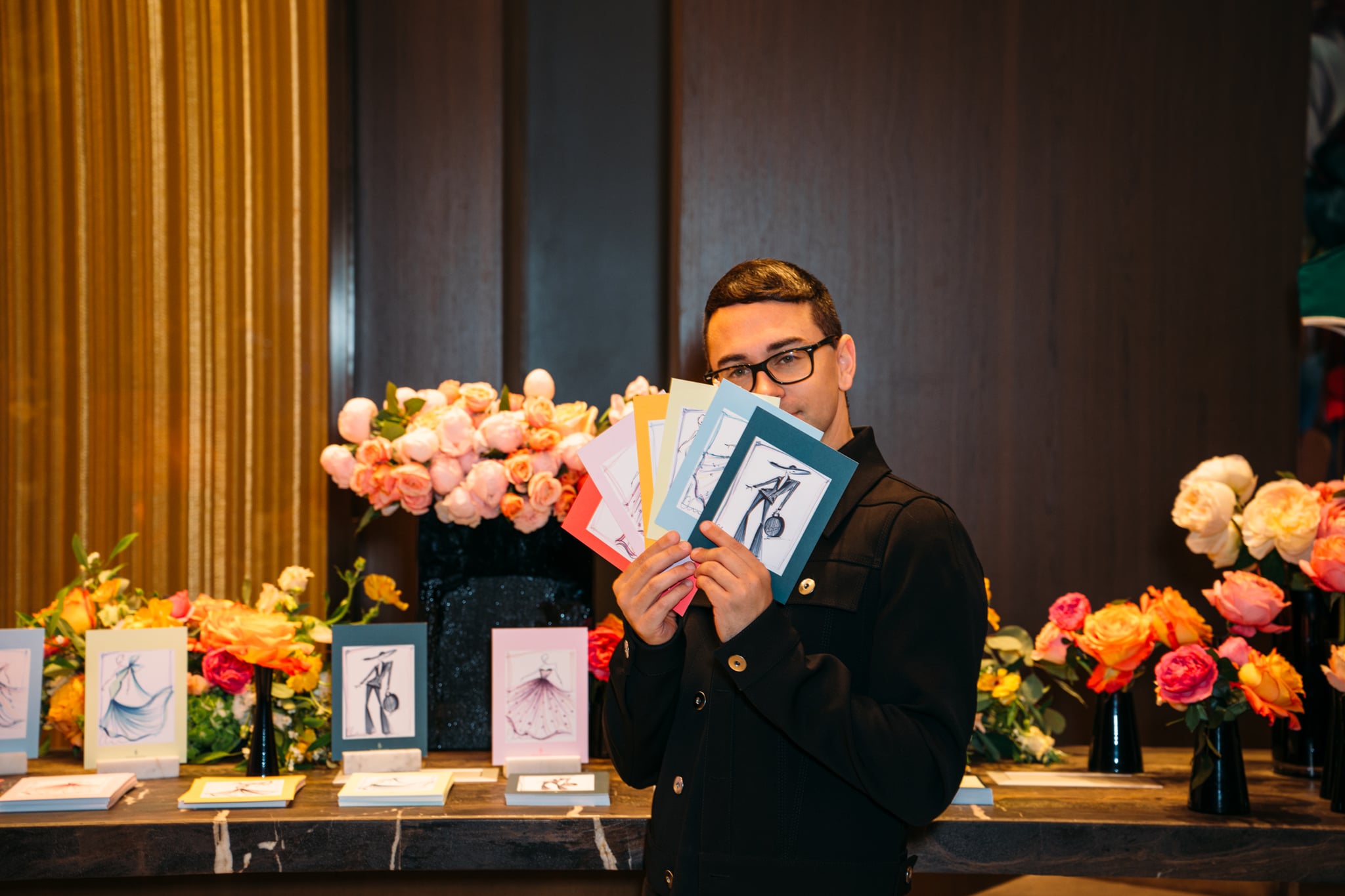 Siriano is especially fond of the postcards’ versatility, whether they’re being sent to a loved one as a sweet memento or as a place to write down a couple lines of inspiration. “It’s also an added bonus that they’re exclusive to the hotel and you can’t buy them anywhere,” he says. “The whole idea is there is a beautiful, romantic sketch for everyone to fall in love with.”

One postcard, for instance, features a sharp, tailored pantsuit paired with a retro hat box, while another displays a one-shoulder column gown with a dramatic bow detail.

“I wanted it to be like Sex and the City, where everyone relates to a character; everyone can relate to a sketch, whether it’s the pink appliqué gown or the pin-striped suit girl,” Siriano says. “Just makes it all the more personal to send to someone. It feels really special that someone had to sit and think about how they feel and what to say to you.”