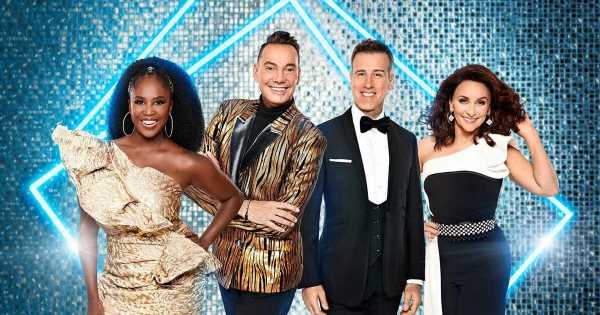 Strictly Come Dancing viewers have taken to social media to express their sadness at the news of the show's return being postponed.

Earlier today, Tuesday 13 September, it was revealed that the well-loved BBC programme will launch a week late on Friday 23 September.

The dancing competition was expected to return to our screens this weekend.

The decision was made to pull the show from its scheduled time-slot as the country continues to mourn its longest-serving monarch.

The Queen’s funeral is set to take place next Monday and the sad day will be a bank holiday for British people, with many retailers closing their doors out of respect.

Sharing their disappointment, Strictly fans took to Twitter, where one person penned: “Really sad that they have postponed the #Strictly launch show, it’s just the welcome distraction I need at the moment. Thank goodness for #GBBO tonight.

“When you’re grieving and all around you is talk of death, miserable music etc. it’s a bit much.”

Another said: “I am very sad about the Queen & her family but cannot believe Strictly has been out back a week, come on BBC we need some sparkle”.

A third added that they think the cancellation of the popular programme wouldn’t be “what [the Queen] would have wanted”.

It’s thought the late monarch was quite a fan of Strictly Come Dancing, as revealed by former contestant JJ Chalmers.

JJ took part in the competition in 2020 and was watched by the Queen.

Her Majesty had written to JJ’s father, John Chalmers, who was once the Queen’s Chaplin.

Speaking on BBC News to Huw Edwards following the Queen’s passing, JJ said: “It’s a remarkable thing to have a relationship with the Royal Family of my own, and then a relationship my father had for a very long time with The Queen. And some of the occasions I’ve met her were with my father, for example in the grounds of Holyrood there.”

Disclosing her love of Strictly, he went on: “I’ve never said this one, but one of the most lovely things I’ve ever seen was, following the death of her husband, my father had obviously written to her and she returned a letter which was typed and had all the expected notes within it, but at the bottom was a handwritten message that said: ‘I’ve just realised that the JJ Chalmers that I’ve been watching on the coverage of my husband’s funeral is the same JJ Chalmers that you told me of being injured all those years ago’.

“And also a line that said: ‘And the same JJ Chalmers that I enjoyed watching on Strictly Come Dancing’. That’s the great thing.”

JJ was left with severe injuries after an IED blast while serving in the marines.

He went on to take part in the Invictus Games set up by Prince Harry – a multi-sporting event for wounded, injured and sick servicemen and women, both serving and veterans.