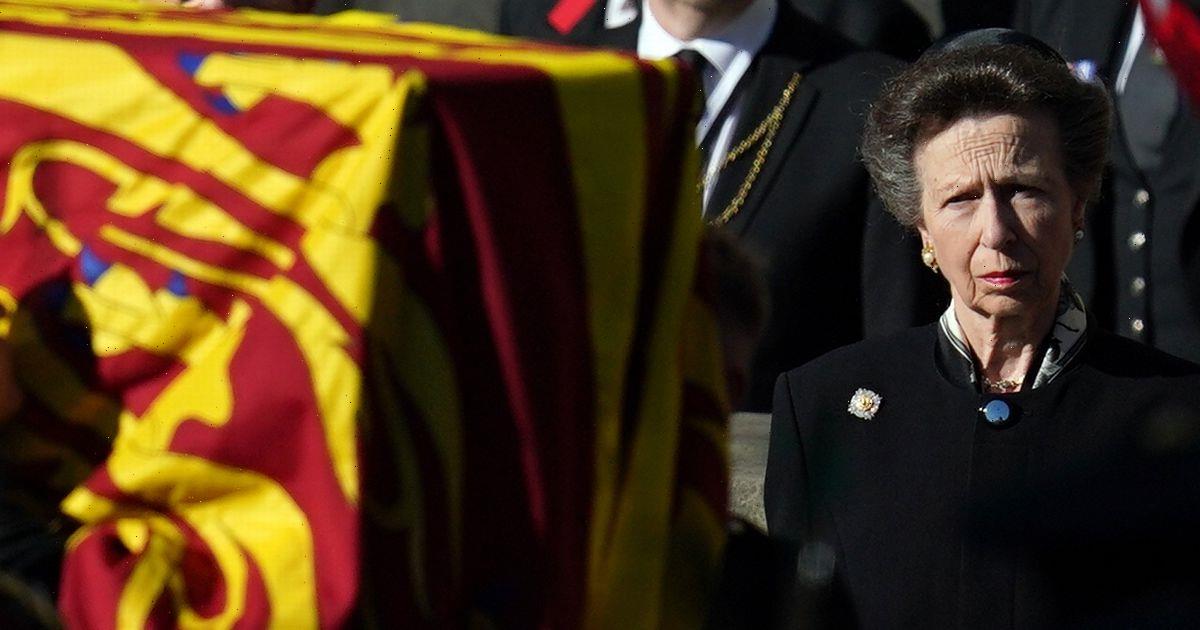 Princess Anne has shared a moving tribute to her late mother the Queen as she travels with her coffin from Edinburgh to London.

Honouring Queen Elizabeth II in a statement, the Princess Royal, 72, shared: "It has been an honour and a privilege to accompany her on her final journeys."

She continued: "I was fortunate to share the last 24 hours of my dearest Mother’s life. It has been an honour and a privilege to accompany her on her final journeys.

"Witnessing the love and respect shown by so many on these journeys has been both humbling and uplifting.

"We will all share unique memories. I offer my thanks to each and every one who share our sense of loss.

"We may have been reminded how much of her presence and contribution to our national identity we took for granted."

Princess Anne continued by paying tribute to her brother as he takes on his new role as King Charles II.

She said: "I am also so grateful for the support and understanding offered to my dear brother Charles as he accepts the added responsibilities of The Monarch.

"To my mother, The Queen, thank you."

Princess Anne travelled to St Giles' Cathedral in Edinburgh this afternoon, before getting into a car with her mother's coffin.

She accompanied the casket down the Royal Mile and through roads of Scotland before arriving at Edinburgh Airport, where and RAF aircraft was waiting.

Royal Regiment of Scotland greeted the late Queen and her daughter at the airport with a royal salute.

A bearer party from the Royal Air Force then proceeded to carry the coffin onto the RAF Globemaster C-17 flight.

From there, the plane took off to make its way to London, with the aim of landing at RAF Northolt at approximately 6:50pm this evening.

This will be the last time the Queen will be leaving Scotland, after she spent the majority of the summer in her home in Balmoral.

A huge crowd of well-wishers are expected to be gathered at the airport, awaiting the Queen's return home. A further guard of honour will also be formed by the King's Guard as the coffin comes through the Grand Entrance.

King Charles III and Queen Consort Camilla are already at Buckingham Palace to receive the coffin. King Charles arrived at 5:58pm, which was marked by the Union flag being raised up.