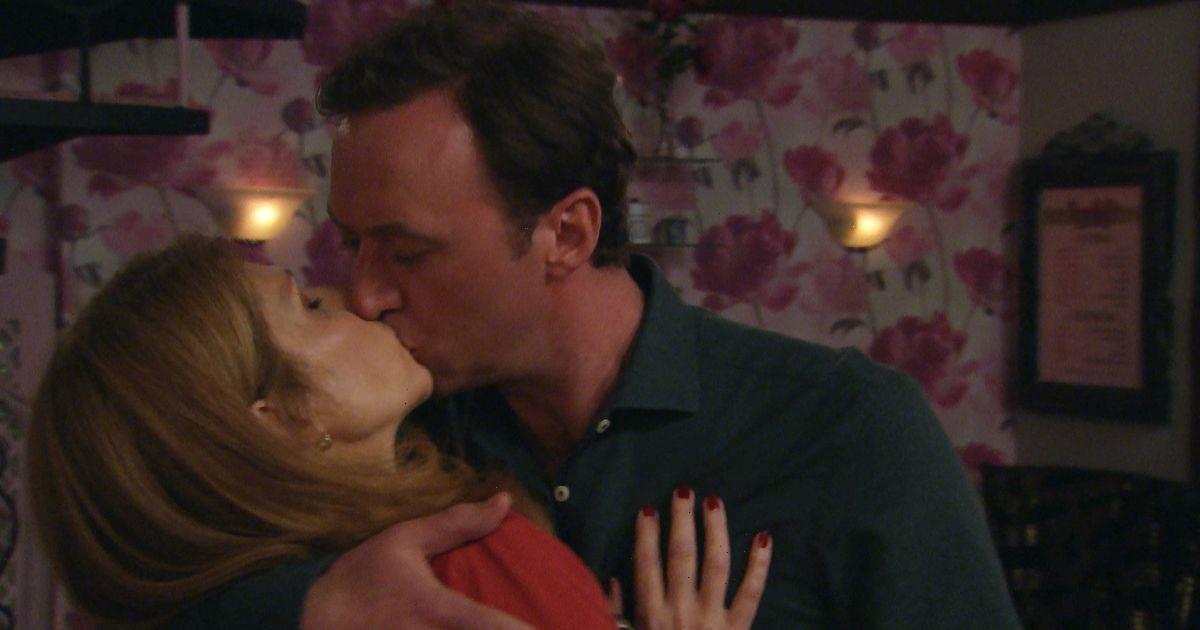 Emmerdale favourite Leyla Cavanagh (Roxy Shahidi) is left heartbroken next week as she learns of her husband's affair.

Liam Cavanagh (Jonny McPherson)and Leyla are still on tenterhooks in upcoming scenes and Priya Kotecha’s (Fiona Wade) concerned for her friend when Leyla emotionally unloads onto her.

When thoughts of their relationship resurface, Liam kisses a shocked Bernice who insists stricken Liam tell his wife Leyla the truth.

However, during an embrace with Leyla, Liam decides to backtrack on telling her and emotional Leyla agrees to get their relationship back on track.

Watching from afar and seeing Leyla cry, Bernice is left to believe Liam has come clean.

Is this the end of Liam and Leyla or will they be able to get over the new hurdle in their relationship.

Elsewhere in the village, Dan Spencer’s (Liam Fox) confused when Harriet Finch (Katherine Dow Blyton) is flirtatious with him, feeling she actually might like him after all.

When Harriet kisses a smitten Dan, she’s underwhelmed but after Harriet has a chat with Faith Dingle (Sally Dexter), Dan’s surprised when Harriet commits to a relationship with him.

Although happy for them, it’s clear Amelia Spencer's (Daisy Campbell) still saddened by thoughts of her own her own failed relationship Noah Dingle (Jack Downham).

Amelia’s soon left fuming when she learns Dan forced Noah into breaking up with her.

Dan’s left well aware he’s messed up when Amelia decides to move out.

Noah promises he can be the man Amelia and her baby needs and soon Noah and Amelia share their first kiss.

Dan’s furious when he sees them but his outburst only drives Amelia further away.

The worried dad is left woeful when he realises he’s really gone and blown it now.