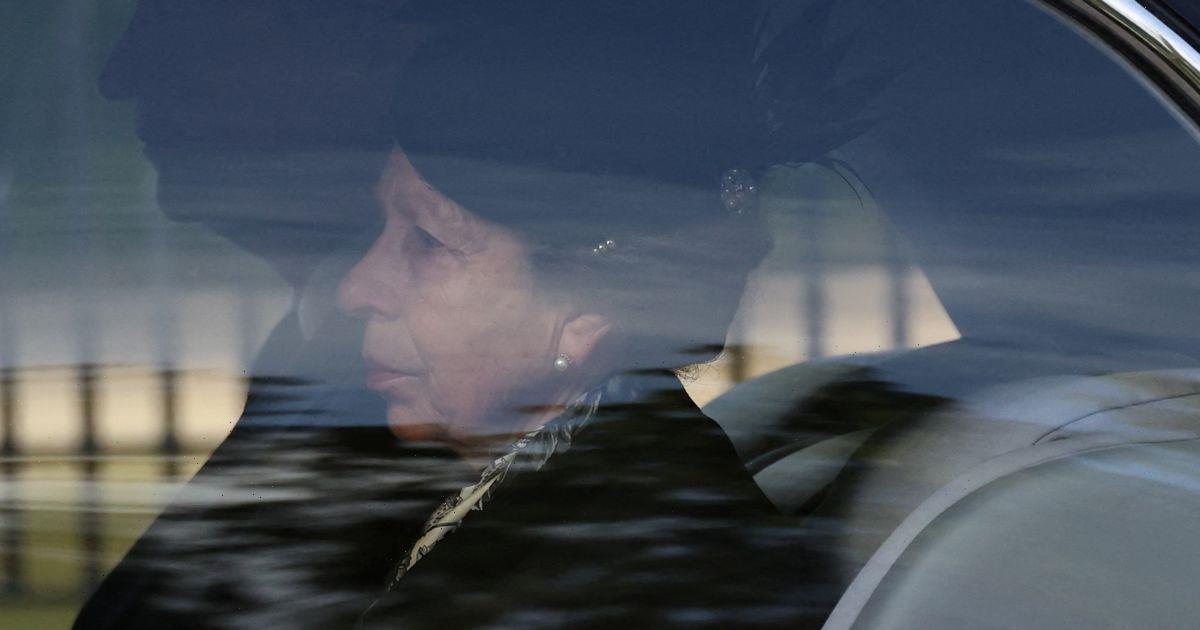 The former Britain’s Got Talent judge, 57, shared a tribute to the late monarch’s only daughter on Twitter, posting a photo of the Princess Royal in a carbehind the hearse carrying her mother's coffin on Sunday afternoon.

Praising her grace and decorum, the former Good Morning Britain presenter wrote: “Princess Anne is being driven in a car behind her mother’s hearse for six hours from Balmoral to Edinburgh, grief etched on her face.

“Anne never gets enough credit for her own selfless devotion to duty & decorum. Like the late Queen, she represents the very best of royalty.”

Many other Twitter users agreed with Piers, with one writing: “She is a role model for all.

“It’s worth noting she were second born, before the change in male-preference primogeniture. The Princess Royal is the farthest thing from a spare anything. She is an invaluable beacon of duty, respect, selfless service, and the Monarchy.”

“Totally agree, she just gets her head down, gets the business done and has zero interest in making RF a celebrity sideshow,” wrote another.

A third added: “Princess Anne deserves all the credit she gets. She’s a ruddy hard worker. I hope her prominence within the family is elevated.”

Piers' comments came as the hearse which contained the Queen's coffin headed through Scottish towns and cities.

Princess Anne made the six-hour journey in a car following the Queen’s hearse, accompanied by her husband Admiral Sir Tim Laurence.

As the hearsemade its journey to the Palace of Holyroodhouse, mourners lined the streets to pay their respects to the late monarch.

On Tuesday evening, Princess Anne will accompany her mother’s body on an RAF flight back to London and on to Buckingham Palace, to be greeted by Charles and Camilla.

Following that, on Wednesday at 2.22pm, adorned with the Imperial State Crown, the coffin will be taken in procession on a Gun Carriage of the King’s Troop Royal Horse Artillery to the Palace of Westminster, where she will lie in state in Westminster Hall for four days.

Hundreds of thousands of mourners, if not millions, are expected along the route of the silent procession, similar to the state funeral of the Queen's father, King George VI, in 1952.

The Queen will remain here until 6.30am on Monday September 19, when the coffin will be taken to Westminster Abbey for her state funeral.

After the funeral she will travel to Windsor Castle, where she will be laid to rest in St George’s Chapel alongside her beloved late husband, Prince Philip.