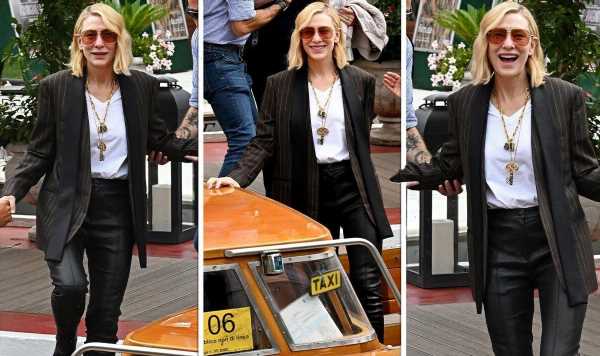 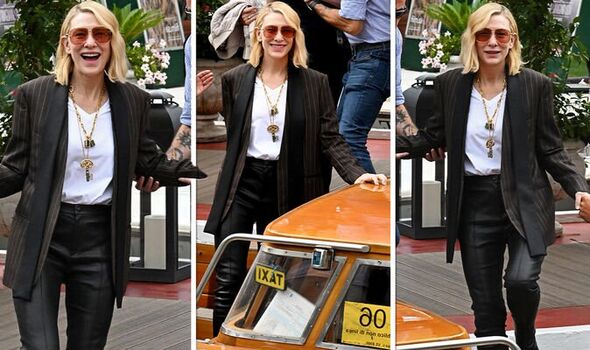 The star looked happy and healthy as she waved to onlookers

Cate Blanchett looked stylish as she headed out on day three of the Venice Film Festival.

The Carol star looked the epitome of casual glamour in a pinstripe blazer and pair of skin-tight leather pants, which showcased her incredible curves.

Arriving by water taxi, the Hollywood actress received a helping hand when it came to disembarking.

Cate accessorised her look with a number of gold necklaces and a pair of oversized aviator sunglasses.

She appeared to be in good spirits as she smiled and waved at onlookers. 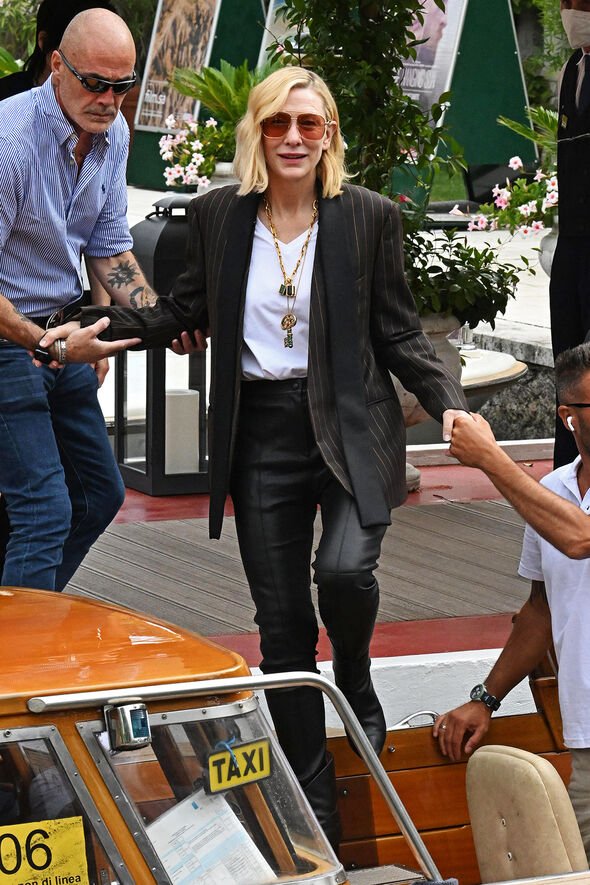 The Hollywood actress arrived at the Hotel Excelsior 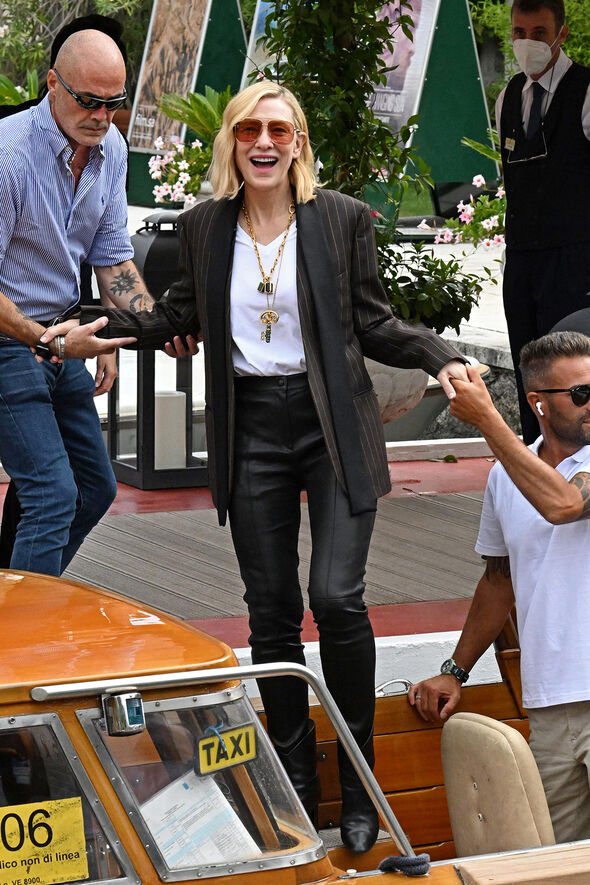 The star looked incredible in the smart-casual get-up 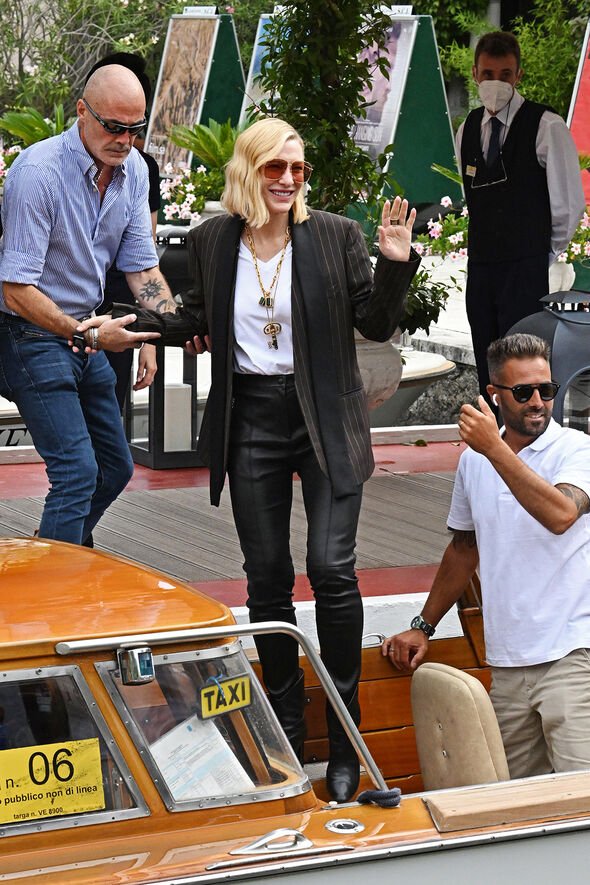 Cate Blanchett was all smiles as she disembarked 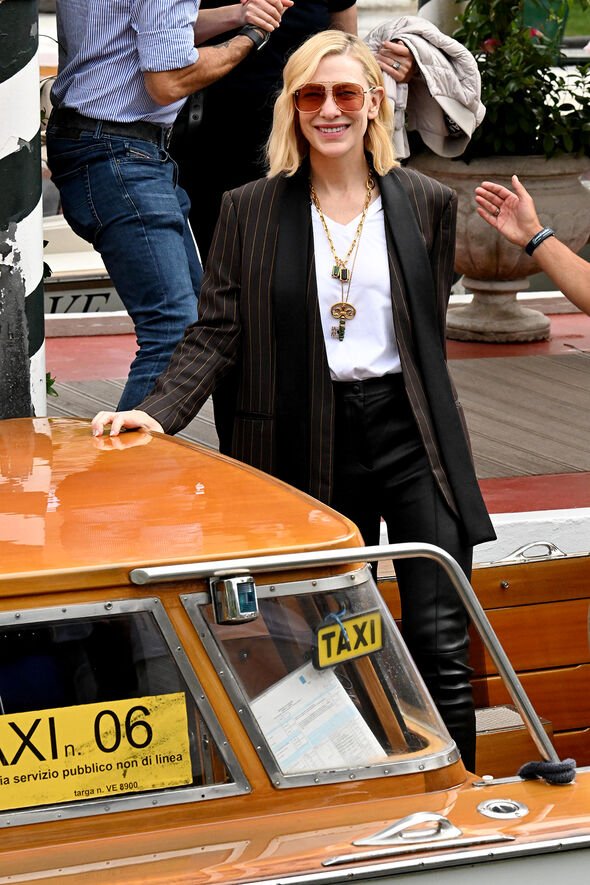 Cate Blanchett accessorised with a number of gold necklaces

She wore her blonde tresses in a loose wave 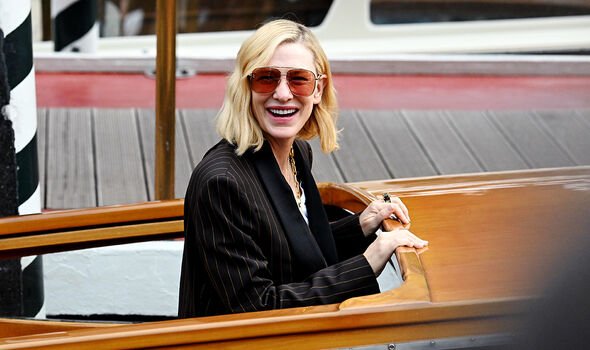 The star grinned after appearing on the red carpet yesterday

Cate Blanchett appeared to be in good spirits 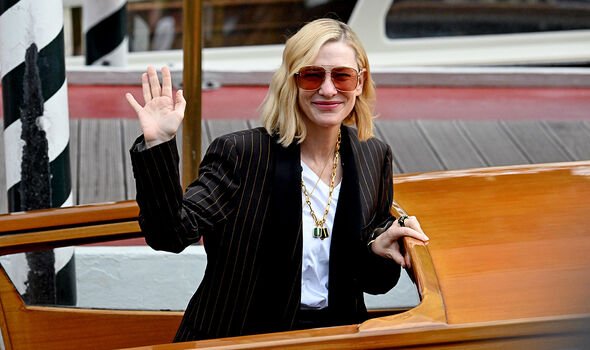 Cate Blanchett is promoting her latest film Tar at the festival

The Hollywood A-lister wore a natural face of make-up