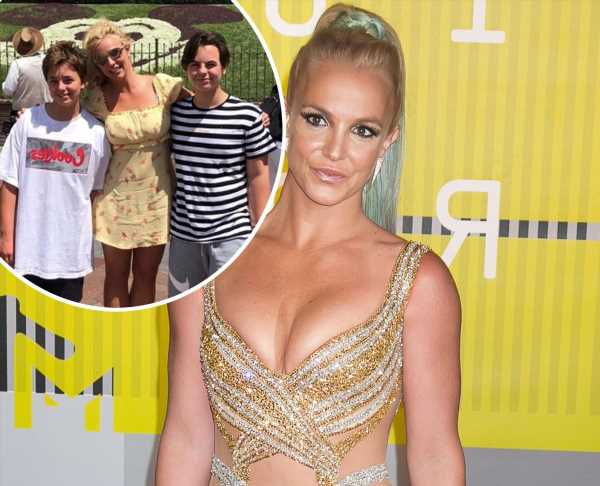 Jayden James Federline is speaking out about his and Sean Preston’s strained relationship with their mom Britney Spears.

As you most likely know, Kevin Federline shockingly revealed last month their two sons had not seen the 40-year-old pop sensation for months and even refused to attend her wedding to Sam Asghari. The former backup dancer’s interview immediately sparked a feud with Britney, who slammed her ex for “hurtful” comments about her troubled relationship with Sean and Jayden.

Tensions between the exes continued to play out for the public when the singer accused her boys of being “hateful” towards her in a since-deleted Instagram post. In response to her claims, Kevin fired back with videos allegedly showing Brit arguing with the two kids to “start respecting” her and not to go out without shoes on.

It has been a messy situation, to say the least. And now, Jayden has shared his and Sean’s side of the story in their estrangement from Britney. In a new interview with ITV News, which will be aired on Thursday, the 16-year-old confessed that they cut ties with their mom since they did not feel “comfortable” around her anymore, explaining:

“The type of environment she gave us was not very comfortable for me and my brother. Once you’re ten or 11, that’s when you come to the realization of things. There’s no hate . . . I really want to see her again. It will make me happy, and it will make Preston happy.”

As for why the brothers skipped out on her nuptials? Jayden felt it wasn’t a “good” idea for him and Sean to attend the big day due to the tensions:

“It just wasn’t a good time to go. I’m not saying that I’m not happy for her. I’m really happy for them but she didn’t invite the whole family and if it was just going to be me and Preston, I don’t see how that situation would have ended on good terms.”

Part of the contention between the family members for the boys comes down to Britney’s social media posts featuring her risqué pictures and her criticisms over Jamie Spears, Lynne Spears, Jamie Lynn Spears, and Bryan Spears‘ roles in her conservatorship. While Jayden struggles with the Toxic performer publicly vocalizing what went down with their family and wants it to stop one day, he realizes that “social media helps her,” adding:

“So if that’s what she wants to do, I’m not going to hate her for that. At the same time, she should come to the realization of whatever it is that stops her loving her family. It’s almost like she has to post something on Instagram to get some attention. This has gone on for years and years and years and there’s a high chance that this will never stop but I’m hoping for me that she will stop.”

As you know, Britney hasn’t shied away from speaking out about the horrible experiences she faced at the hands of Jamie and the rest of her family for 13 years ever since her controversial legal arrangement ended in November 2021. Despite the Crossroads actress calling her dad out for the abuse she faced for years, Jayden defended his grandfather, saying he “really cares about his family” at the end of the day:

“I know everybody blames him for the conservatorship. It was a father caring for his daughter. Maybe the conservatorship took a little too long. That is why people developed a hatred for him. That is why my mum was angry that she was working too hard. She should have taken a break. But he doesn’t deserve all the hatred he is getting in the media. Mum is ceasing to realize how much he cares about her. I love him with all my heart. He was just trying to be a father.”

“At first he was just trying to be like any father letting her pursue her daughter’s dream of becoming a superstar but I did think maybe the conservatorship went on too long… Probably why my Mum was very angry about the whole situation that she was working for too long and I personally think she was.”

His positive words about Jamie may come as a surprise to some, considering the kids have had a restraining order against him since 2019 due to an altercation. Then, Jayden called the grandad a “d**k” on social media four months later. But it seems he’s had a change of heart now. Speaking on that situation, Jayden shared he regrets what happened and wants to see Jamie again:

“I really feel bad. Preston and I feel bad — we want to see him. I want to see him, sit with him next to the piano, talk about my future. I love him. Looking back, I regret saying all kinds of things.”

Furthermore, the teen expressed love for Lynne and Bryan, who both visit the two boys regularly:

“My grandma, she is a really nice person. Whenever I see her, she cares about me mentally. My uncle Bryan always wants to go and play ball in the park. They are not bad people. They know what we are going through now. They just want to watch over us. Memow and Uncle Bryan are a good part of our lives. They have taught me how to deal with things.”

Ultimately, Jayden believes everything Britney and the public have accused her family of doing for years isn’t true, insisting “they would not do such things.” While he hopes the star can forgive her parents and siblings, he recognizes that the friction between them has been “going on for years” and doesn’t think it will stop anytime soon – or at all:

“There is a high chance it is never going to stop. I wish she would just be chill . . . and not accusing this one for that and hate someone for that.”

And what does Jayden and Sean’s future hold in terms of their relationship with Britney? He is hopeful they can repair it one day, saying:

He added, speaking directly to Brit:

“I love you a lot and I hope for the best for you. Maybe one day we can sit down . . . and talk again and have a normal conversation.”

We are wishing Jayden, Sean, and Britney nothing but the best during this difficult situation. Reactions, Perezcious readers? Let us know in the comments below. 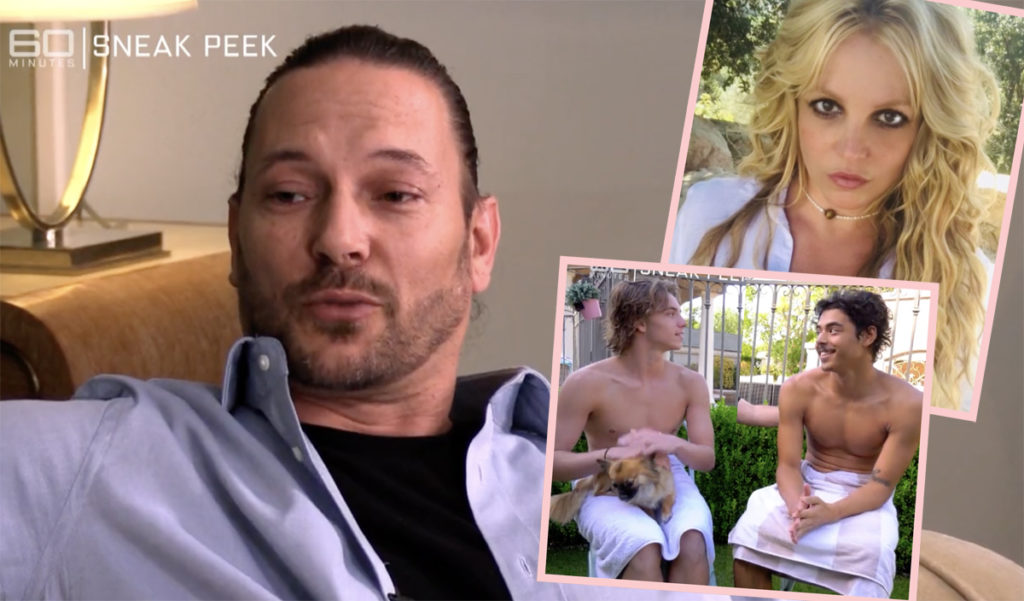 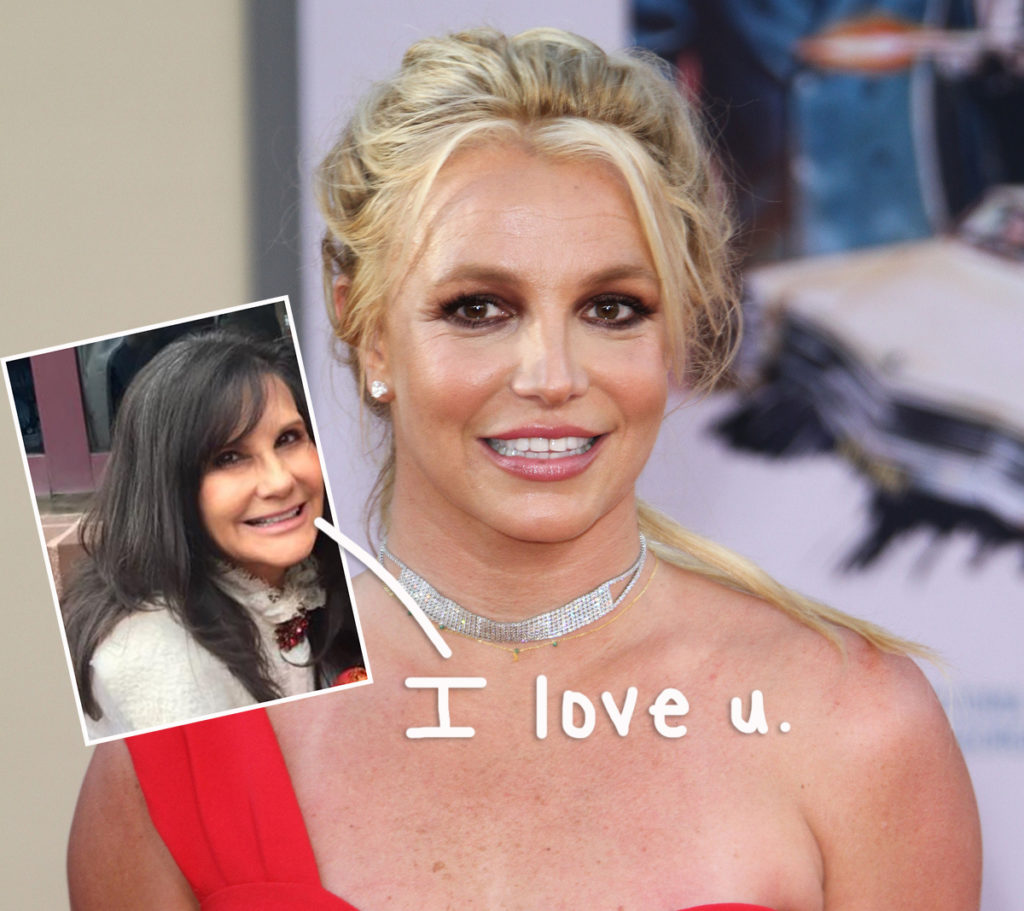 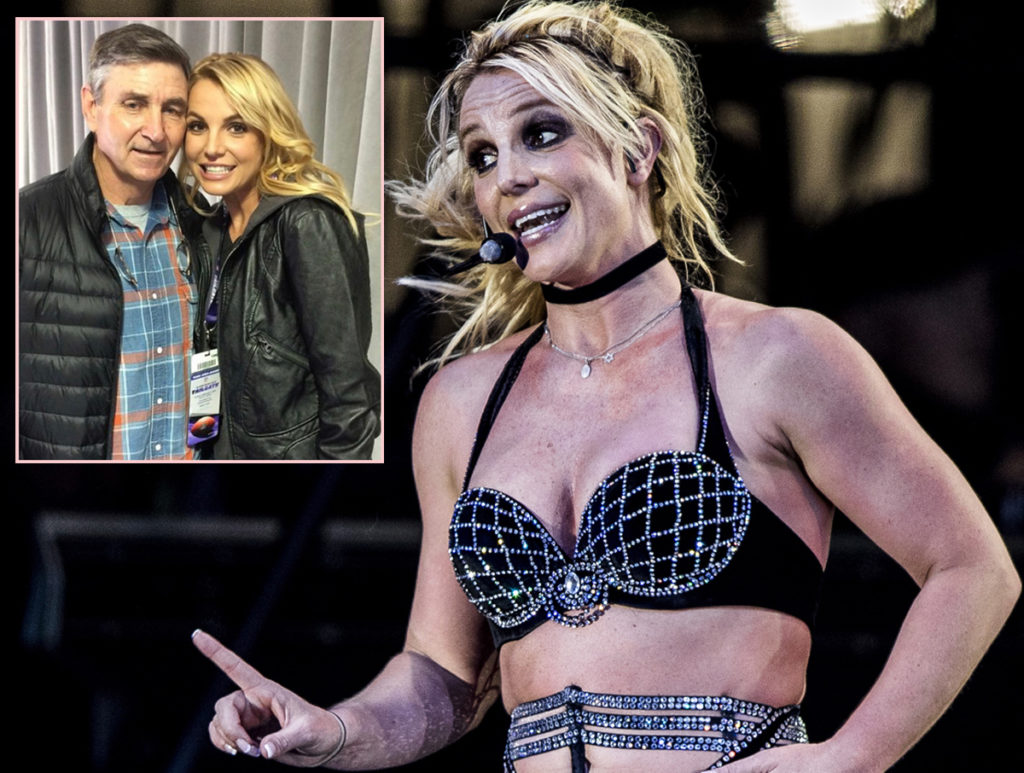 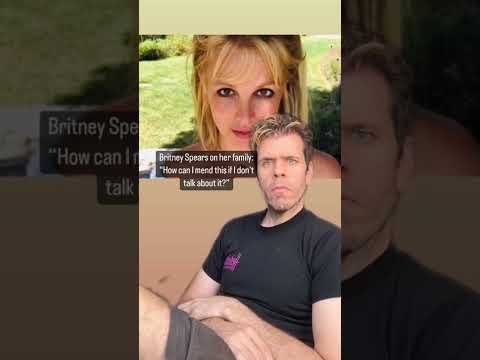