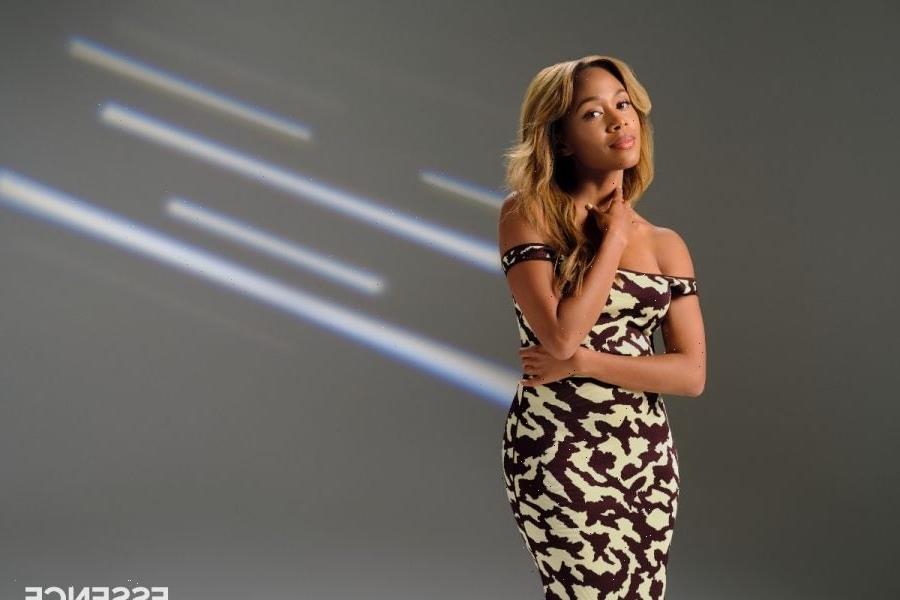 Summer is coming to a close, but Nicole Beharie‘s voice carries the warmth and brightness of a warm breezy day. She laughs easily, calming her rambunctious dog, who barks in the background. With two films in theaters and a new television role, the actress’s schedule is jam-packed, but you’d never know it based on the lightness of her tone.

She’s nothing like the no-nonsense bank manager Estel Valerie whom she portrays in Breaking. The thriller is based on the real-life story of Brian Brown-Easley (John Boyega), a Marine veteran who held up a Wells Fargo in 2017. Beharie’s other project, Honk For Jesus, Save You Soul, will showcase her comedy chops. She stars opposite Regina Hall and Sterling K. Brown as a co-pastor of an up-and-coming church. With press days swirling around her, release dates on the horizon, and a new role in Apple TV+’s The Morning Show in production, Beharie has a lot going on, but at the moment, she’s carefree and content.

A child of a multicultural household with a Jamaican-British mother, and Black American father, Beharie spent her early childhood in Nigeria, Jamaica, and the U.K., before settling with her mother in Atlanta. Her love of acting was born out of her interest in different cultures and watching how various people move throughout the world. 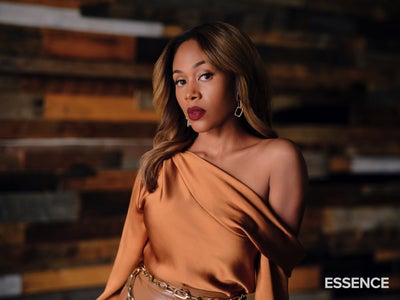 “Adapting for survival’s sake and wanting to fit in was just what you do as a child or a teenager moving into a new place,” she tells ESSENCE. “Then coming back to America and living in Atlanta and realizing that Black means two different things in two different spaces and that the expectations for you were different. Those things made me really curious about life and people and made me interested in all the stories that were out there.”

Acting became Beharie’s entry into these different worlds. Fresh out of Juilliard, she booked her first film role in The Express opposite Rob Brown, but her leading role in the gutting drama American Violet truly put her magnetism on display.

In an emotionally gripping performance, Beharie played Dee Roberts, a single young mother wrongfully accused of selling drugs. With a lengthy jail sentence hanging in the balance and despite her mother Alma’s (portrayed by Alfre Woodard) urges to take a plea deal, Dee decides to fight her case.

“The thing that stays with me about that project is that we’re still having those conversations about the prison industrial complex, and false imprisonment and quotas,” Beharie reflects.

In addition to the poignant narrative, Beharie remembers her bond with Woodard. The iconic actress’ advice during that time would become a lesson that would echo loudly later in Beharie’s career.

“One day, I was supposed to fight and run and all this stuff,” she says. “I was covered in paint by the end of the day. I was excited to have the opportunity. I remember [Alfre] being like, ‘You’ve got to take care of yourself when you expend that much energy.’ She ended up getting me an algae wrap massage or something the following weekend; such a generous gift. I don’t think I had ever had anything like that before in my life. She could see that I was the kind of person that would jump in full on. She was like, ‘You’ve got to reel that in or make sure somebody’s loving on you or love on yourself.’ I’ll never forget that.” 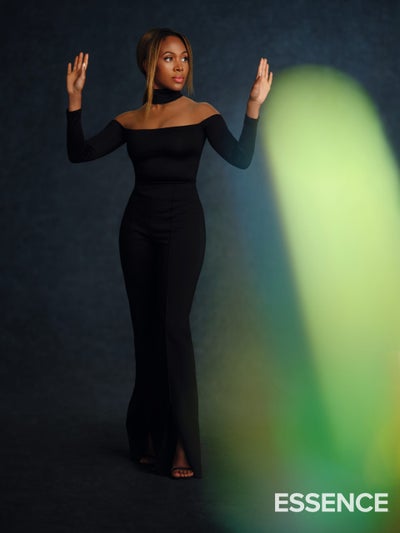 After American Violet, Beharie’s career launched like a rocket ship. She earned roles in Steve McQueen’s Shame, 42, opposite the late Chadwick Boseman, and a lead role on the Fox supernatural drama Sleepy Hollow. The series began airing just one year after the Kerry Washington-led Scandal premiered, but Black women were still practically non-existent on the big and small screens.

Sleepy Hollow debuted to rave reviews, but by season 2, Beharie’s screen time had dwindled. By season 3, her character, Abbie Mills, had vanished entirely. During this time, Beharie was dealing with some health complications in an environment that offered no support. Ironically, the series came to a close just as the Time’s Up and Me Too movements were gaining traction in Hollywood.

“Black women are the least listened to,” Beharie reflects. “Things have gotten a lot better. I also think everyone has space to grow. I am very removed from that situation now, so I have a lot more peace with it, but I think it’s something I had to go through and see.”

The Sleepy Hollow experience forced Beharie to recall Woodard’s advice. “The biggest thing I learned is you do have to take care of yourself,” she says. “There were ramifications for me that were tough. But because I did that, I feel like it opened the doors for other people.”

Since then, Beharie has sought out projects that speak to her spirit (both Breaking and Honk for Jesus are women-led), but Miss Juneteenth, helmed by first-time writer/director Channing Godfrey Peoples, enabled Beharie to soar once again. In the film, she portrays Turquoise Jones, a former beauty queen, desperate to get her daughter to take a path she never could. She won a Gotham Award for Best Actress for her role.

“Just reading the script, it felt authentic,” Beharie says. “I got to be a first screen mom to Alexis Chikaeze, who is a beautiful actress, much in the way that Alfre was there for me. I wanted her to shine. Ultimately that’s what Turquoise wanted for her daughter.” 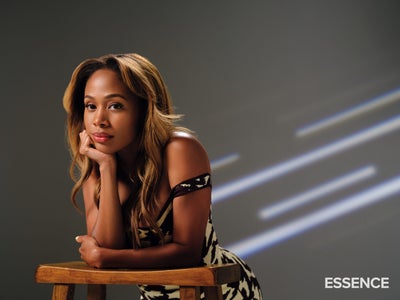 Beharie also focuses on work that doesn’t depict Black people “crying and dying.” She’s taken the time to find true collaborators. With Honk For Jesus, the actress immediately recognized the richness in writer/director Adamma Ebo’s storytelling. “She is a risk taker,” Beharie gushes. “Then getting to work with Sterling and Regina Hall. There are so many things that were just fun and ridiculous and risqué. That was an experience that I want more of. I want more of that joy.”

Breaking has a much more somber tone than Honk For Jesus. Still, Beharie found true camaraderie with Boyega and her other co-stars Selenis Leyva and the late Michael K. Williams. “One of the things that [director] Abi [Damaris Corbin] said was, we’ve got to stay alive for each other all the time,” she recalls. “Selenis and I got super close. We needed to rely on each other to get through it and to survive in the actual story. Then for John, he was there, but we gave him a little bit more space. There was a lot of deep listening to his changes and character.”

As far as what’s next for Beharie, she will step into the role of news anchor as the charismatic Christina Hunter on The Morning Show. Beyond that, she’s content to move at her own pace. “There’s something lovely about spaciousness,” she explains. “To give you the space to do your best work and to be seen. I’m writing. I’m collaborating with people on personal work. One thing I would love to see more of is seeing us in spaces of joy and agency. We deserve more sensuality, more nuance, all the cunning, and complexity. The level of intellect it takes for a race of people to survive, to have gone through all of this –please don’t underestimate it.”