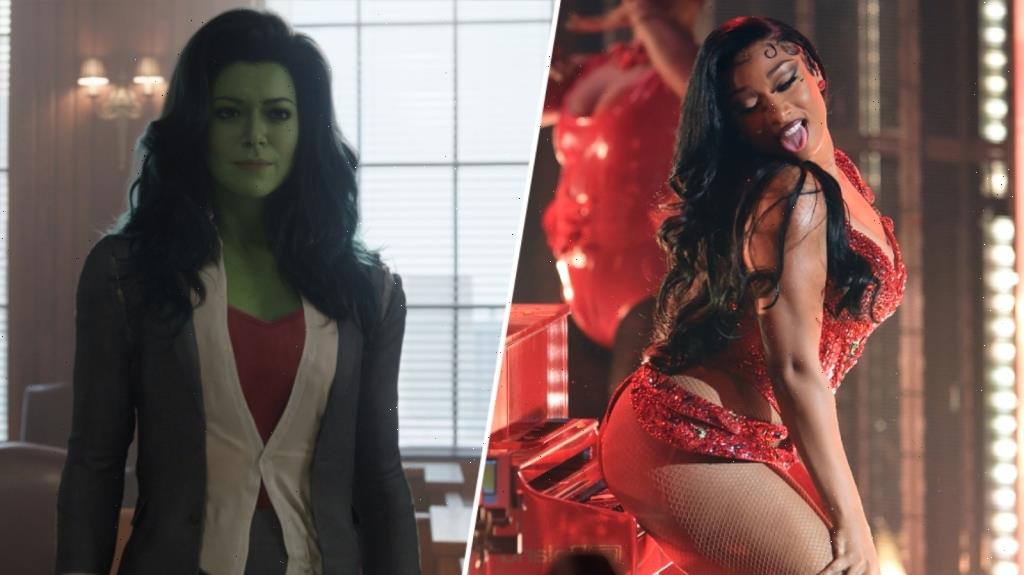 Roughly two weeks before shooting the third episode of Marvel Studios’ “She-Hulk: Attorney at Law,” head writer Jessica Gao pulled aside star Tatiana Maslany — who plays lawyer Jennifer Walters (aka She-Hulk) — to tell her who the show had cast for a crucial cameo in the episode. Jennifer’s former colleague at the D.A.’s office, chronic mansplainer Dennis Bukowski (Drew Matthews), sues an Asgardian shapeshifter for fraud, after she tricked him into dating her by transforming into a massive celebrity that Dennis had no chance in hell of actually dating.

For weeks, the show’s producers had been debating which celebrity would best work for the role. “There was a big, varied list of different people that constantly changed,” Gao tells Variety. “And the type of celebrity really ebbed and flowed, too, depending on what kind of jokes we wanted to make.”

Finally, they settled on the perfect person for the cameo: rap superstar Megan Thee Stallion.

“I probably was pretty close to tears with excitement,” Maslany says about how she felt when Gao delivered her the news. “I’m such a big fan of hers.”

Her enthusiasm for Megan was not, to be clear, something Maslany was shy about.

The suggestion to use Megan, says director and executive producer Kat Coiro, came from “She-Hulk” costar Jameela Jamil, who worked with Megan on the HBO Max reality competition show “Legendary.”

“[Megan] really fit into the whole ethos of what we’re doing with the show,” Coiro says. “She’s a really powerful, larger-than-life person, and we love the idea of She-Hulk looking up to her.”

While Megan Thee Stallion is mentioned throughout the episode, the rapper herself has very little screen time. In fact, her biggest scene comes after the credits, when Megan and She-Hulk take a moment for a twerk break in She-Hulk’s office — to Megan’s hit song “Body.”

“That was like the highlight of my life,” Maslany says. “When Jess was like, ‘We’re writing you a scene where you’re dancing with her,’ I basically died. Like, I fell off the planet. I fixated on that moment for two weeks, and I couldn’t talk to her. I didn’t know how to be around her.”

Maslany needn’t have been worried. “We all discovered that not only is Tatiana a huge Megan fan, but she’s an amazing twerker and dancer,” Coiro says. “It might be a CGI character, but that is all Tatiana in that moment.”

The twerking sequence wasn’t really choreographed, either. “We really just let them dance,” the director adds. “We played the song, and we put a few cameras on them. I had to keep telling the camera operators to go down. They were being very respectful. And I said, ‘Guys, you gotta point the camera down.’”

Recalls Maslany with a massive grin: “As soon as the song played, you just have to go. I’ve been prepping for that my whole life. She was amazing.”