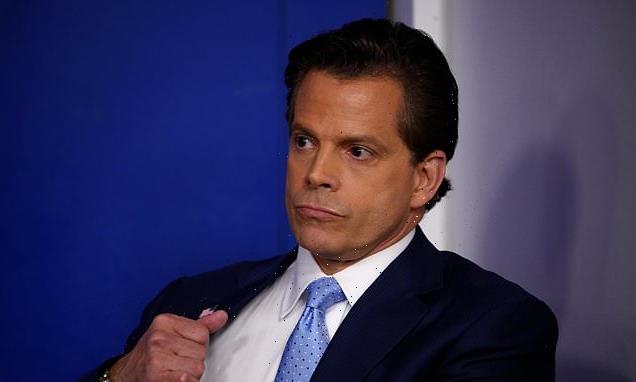 EPHRAIM HARDCASTLE: Trump’s ex-comms chief Anthony Scaramucci teases Emily Maitlis he lost his job because of her… five years after THAT flirtatious encounter

Five years after her flirtatious encounter with Donald Trump’s communications chief Anthony Scaramucci – he was dismissed after ten days – Emily Maitlis is reunited with ‘The Mooch’, who playfully asks on her podcast: ‘Am I able to tell people I lost my job because of you? Because you are so famous now… me telling people I lost my job because of Emily Maitlis, that would be a really good thing for me.’ Flattery will get you everywhere, Mooch! 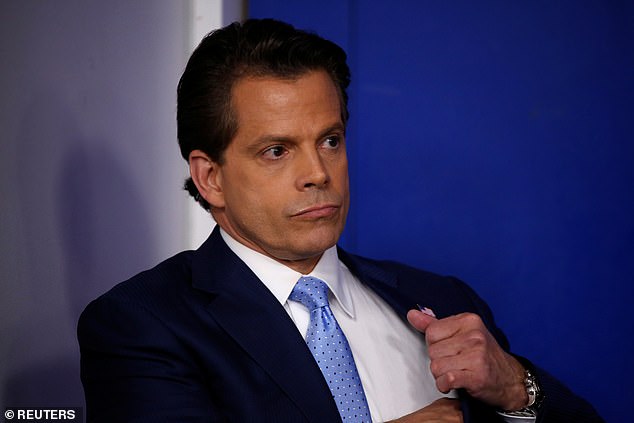 Buckingham Palace courtiers, frustrated by a lack of information from Harry on his forthcoming memoir, will be on full alert to see if ghostwriter J.R. Moehringer uses private letters and emails to substantiate Harry and Meghan’s claims about their dealings with the Royal Family. That use of private correspondence caused Meghan to sue after a private letter to her dad entered the public domain without her permission. Surely the Sussexes couldn’t be hoisted with their own petard?

Meghan’s announcement of a return to Instagram would allow her to ‘reach out’ to another royal exile, Norway’s Princess Märtha Louise, 50, fourth in line to the throne, who has become engaged to black Los Angeles shaman Durek Verrett, who believes he is a lizard from space. Märtha Louise took to Instagram to say how dating him gave her ‘a crash course in how white supremacy is at play’, and how she ‘consciously and subconsciously thought of and acted towards black people’. Surely worth a podcast, Meghan!

Also at Jonathan’s shindig, attended by fellow jailbird Lord Archer, was former Guardian editor Alan Rusbridger. It was Aitken’s failed attempt to sue The Guardian for libel in 1995 that triggered his fall from grace and prison sentence. ‘Once an adversary,’ declared the now forgiving and ordained Aitken, ‘now a friend.’ 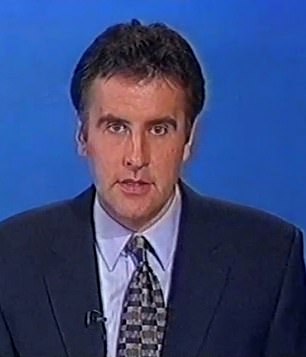 Good Morning Britain portrays a young Dermot Murnaghan, pictured, breaking the news of Diana’s death on ITV 25 years ago. Why wasn’t he wearing a black tie?

Good Morning Britain portrays a young Dermot Murnaghan, pictured, breaking the news of Diana’s death on ITV 25 years ago. Why wasn’t he wearing a black tie? There was no public furore, unlike five years later when the BBC’s Peter Sissons was pilloried for announcing the death of the Queen Mother wearing a burgundy necktie. Later he blamed his bosses for urging him not to ‘go overboard’.

Asked by The Stage to describe the worst moment in his theatrical career, Sir Alan Ayckbourn recalls springing from a taxi on the opening night of Absurd Person Singular at London’s Criterion Theatre in front of photographers. ‘I heard my trousers splitting down the back seam, and jumped straight back into the taxi to go home and change.’