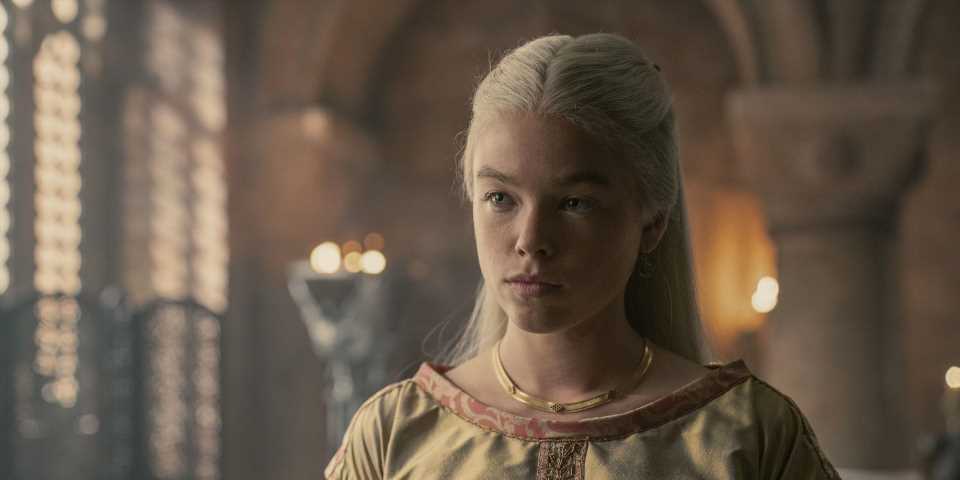 Hello, it’s only been two episodes but—despite some, uh, questionable moments—House of the Dragon officially has us hooked. Like, if you didn’t get full body shivers the minute the Game of Thrones theme came on in the opening credits of Episode 2, you’re lying to yourself!

And speaking of the opening credits, the time has come to break them down. So, obviously the intro pretty clearly depicts—in the least subtle way possible—a bloodline that maps out the Targaryen family tree. And while I personally can’t pretend to be an expert on all things Fire & Blood, the good news is a ton of people on Reddit are—including u/chislokam—who has matched each symbol in the intro to its corresponding Targaryen—starting with Aegon I and leading all the way to Rhaenyra.

And speaking of Rhaenyra’s symbol, it happens to be a pretty huge spoiler for what eventually goes down on the show so…SPOILERS AHEAD!!!

If Rhaenyra’s symbol looks familiar, that’s because it is the exact same design that is on the necklace given to her by Daemon during episode one.

This is significant because—SPOILER—Rhaenyra and Daemon end up getting married down the line (her second marriage, fyi), which yes, is gross because he’s literally her uncle—but apparently this show wants us to suspend our disbelief over the whole incest thing? And as we know from Game of Thrones, incest was not exactly frowned upon in the Targaryan court so…uh. Kay!