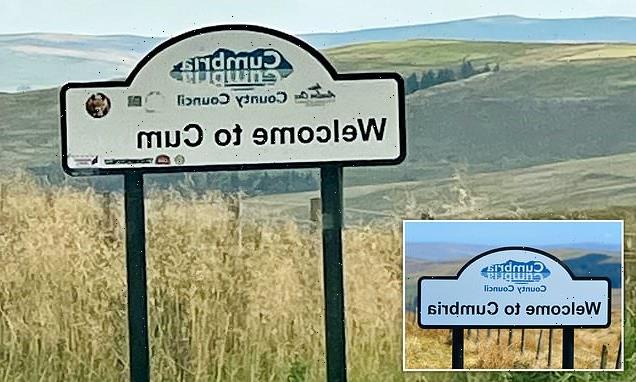 The post, situated along the A689 at the County Durham, Cumbria border, is meant to read ‘Welcome to Cumbria’ but three of the letters have disappeared.

A photo of the incomplete sign has been widely shared on Facebook, prompting response to the ‘unfortunate mistake’ from people worldwide.

Durham County Councillor Mark Wilkes even called on the neighbouring leadership to ‘update their signage.’ 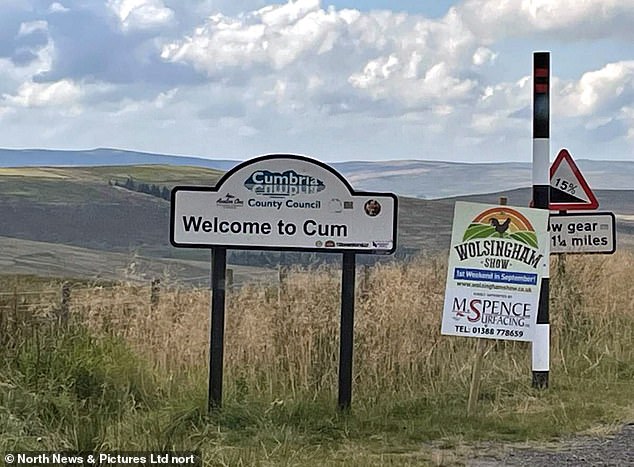 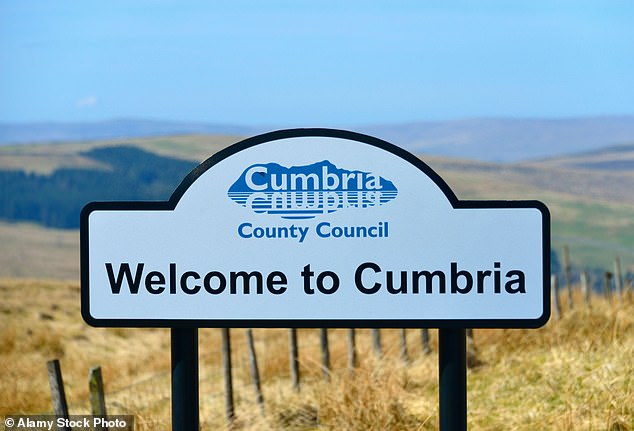 The sign is meant to read ‘Welcome to Cumbria,’ as shown above in the sign situated along the Weardale boundary

‘I dread to even think what they’re doing up the road,’ one social media user said of the photo.

Another added: ‘This is a rather unfortunate and embarrassing mistake – someone hasn’t been keeping track of the signs.’

‘I think our friends over the border in Cumbria might want to update their signage,’ echoed Mr Wilkes.

This isn’t the first time that signs have caused confusion and humour for drivers in the North of England.

Similarly, residents of Thirsk were left astonished that signs in the town were still wrong after several years, despite a local authority’s plans to replace them.

The North Yorkshire town had been misspelt on two road signs – and actually appeared as ‘Thrisk’. 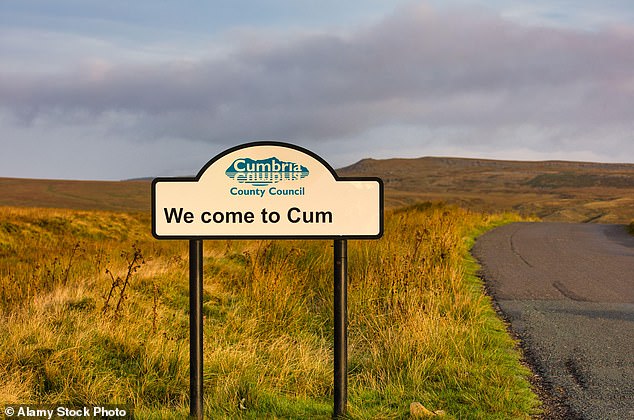